Home » artificial birth control » Green Sex: What is it? (And Why We All Should Care!)

Healthier and more holistic approaches to lifestyle and diet abound. Diet fads come and go, certainly, but a steadily increasing demand for ‘organic’ products is evidence that as a consumer base we’re looking for healthier and less processed food and lifestyle to go along with it.

Added to this are an increase in a natural parenting approach; breast over bottle fed, fabric over disposable nappies, baby led weaning over feeding baby with fruit puree on a spoon and a conscientious objection to immunizations. A more natural approach, many would argue, is a much healthier and more beneficial approach to life.

Why is it then, that when it comes to sex we’re so quick to use artificial – and by that I specifically mean unnatural – means to control our sexuality?

This is not exactly a rhetorical question and, for many, it is hard to answer.

It is that we have such faith in our medical system? I doubt it. As I mentioned above, a more holistic approach to parenting sees some parents conscientiously abstain from vaccinating their children instead preferring to allow their children to develop a natural immune response. I may not agree with the latter but even I have to admit that I have certainly sought second opinions from doctors at times, when the first treatment plan seemed well, less than satisfactory.

Or is it more to do with the long established ‘facts’ of the safe sex ideology that we are indoctrinated with from puberty onwards, reinforced by the medical profession and pop culture? Certainly this is much more plausible.

I recall a health class in my high school days when the teacher asked for ways in which to prevent unplanned pregnancies. One student answered abstinence right off the bat.

The teacher’s response? He scoffed; the mentality was that teenagers were going to have sex, providing abstinence or self-control as a viable option was deemed a waste of time. And so, scores of teenagers every year are started on prescriptions for contraceptives without so much as the bat of an eyelid. Condoms are a regular tenant of wallets and, if all else fails, an over the counter morning after pill will solve all your problems.

But surely such a long-term reliance on medication, particularly for women, is bound to cause side effects or, as the case maybe, disguise undiagnosed fertility problems? Only recently the link between depression and the Pill was again highlighted by research undertaken by Australia’s Monash University.

I am always amazed when, as the only practicing Catholic among a group, and consequently the only one who is familiar with Natural Family Planning, I hear other women complain that they had started on the Pill in their teens and had remained so for extended periods of time. It would appear that there is a certain level of discontent with current unnatural family planning methods but something of a resignation that they are a necessary evil.

To one such woman, in search of a more natural approach to fertility, after a long period on oral contraceptives and a diagnosis of a fertility issue, I mentioned the Billings Ovulation Method. A friend of mine runs a clinic in our hometown and I suggested, after my insufficient beginner’s guide and explanation, that she look into learning the method.

Expecting her to think my Catholic sensibilities were ridiculous, I was surprised that she took up the idea wholeheartedly. She had already taken herself off the Pill, over concerns of how it would affect her long term health, but felt there were few other viable alternatives. Her own story would go on to include pregnancy and safe delivery of a healthy baby now well into toddlerhood, an option which had previously seemed unlikely.

Natural Family Planning, in this case the Billings Ovulation Method as developed by Doctors John and Evelyn Billings, was the natural alternative she had never heard about and yet could embrace wholeheartedly because of her individual tendency to be drawn to more holistic and natural methods of living.

The Billings Ovulation Method, like the Sympto-Thermal Method and the Creighton Model, have a 97-99% percent efficacy rate  for avoiding or achieving a pregnancy. That percentage is higher than most of the contraceptives on the market. And, even better, they do not involve taking daily medications or running to the drug store the day after to purchase an abortifacient.

This natural approach to managing fertility is summed up particularly well by Patrick Coffin in his book Sex au Naturel: What it is and why it’s good for your marriage: (Amazon Affiliate Link) “In other words, organic sex. One hundred percent all natural ingredients. Safe for the environment of the body. Green sex, you could say, as encapsulated by the natural family planning lifestyle.”

Why then is it little understood or promoted?

After the release of Humanae Vitae in 1968 Catholics who refused to contracept looked for alternatives that would keep them in communion with the Church. The Rhythm Method was a calendar-based system of natural family planning that had emerged in the 1920’s when two gynecologists separately discovered that ovulation occurs about fourteen days prior to the next menstrual cycle. Abstinence, in order to avoid a pregnancy, was estimated by the calendar.

Although they were successful in helping women achieve pregnancy with this method and experienced some success in avoiding pregnancy as well, the method was not at all successful in women with fertility issues or irregular cycles. The failure rate hovered at around 25%. In other words, the method, when applied correctly, was 75% successful.

The other methods listed above; Ovulation, Creighton and Sympto-Thermal rely on biological markers of fertility that include: the appearance and sensation of cervical mucus, the position of the cervix, lactation and basal body temperature.

In other words, they rely on observing the naturally occurring signs of fertility in a woman’s body. The woman, charting daily these markers, is able to accurately record her cycles in detailed way and in doing so can abstain from, or engage in, sexual intercourse depending on her fertile signs and on whether avoiding or achieving a pregnancy is the goal at that time.

What’s more, they can be applied to every woman, regardless of cycle length and regularity as well as women who have conditions that affect their fertility, such as Polycystic Ovarian Syndrome and endometriosis. And they are certainly a much cheaper option, financially, than undergoing rounds of IVF in order to achieve a pregnancy.

Sadly, most women remain unaware that they have naturally occurring signs of fertility or infertility. Advocates for natural family planning see the sharing of this information as an opportunity for women to learn more about their bodies and their overall health. In fact, some are of the opinion that a basic understanding of female fertility and its cycles should be taught to teenage girls before they become sexually active so they can make more informed decisions.

It is very interesting to note that, in more recent months the referrals to my local Natural Family Planning clinic, located in regional Australia, have not been Catholic couples in their pre-marriage phase, but secular couples looking for natural and non-invasive fertility treatment.

So perhaps the message is getting out there; there is a natural alternative to contraception that is, when applied correctly, incredibly accurate*. With an efficacy rate of 97-99% Natural Family Planning is more effective than the Pill (91%)** and condoms (85%) [United States Department of Health and Human Services]. The IUD has a higher efficacy rate, 99.5% but it is a very invasive option with severe side effects including infertility.

On the strength of those numbers alone, it’s certainly worth looking into ‘green sex’.

* Statistics for NFP efficacy reiterated in several sources including the American Family Physician and the United States Conference of Catholic Bishops.

** Efficacy statistics for contraceptives are taken from the United States Department of Health and Human Services (and reiterated on many sites including Planned Parenthood). It is interesting to note that their natural family planning of fertility based awareness efficacy rate is listed as only 76% and do not name any of the effective methods listed above.

The information and commentary in this post presuppose our readers’ familiarity with, and Catholic-Link’s 100% belief in, the teaching of the Catholic Church that sex be reserved between one man and woman Sacramentally and permanently united in marriage.

No, NFP is NOT “Catholic Birth Control”

(QUIZ) Which Method of NFP Fits Your Marriage? 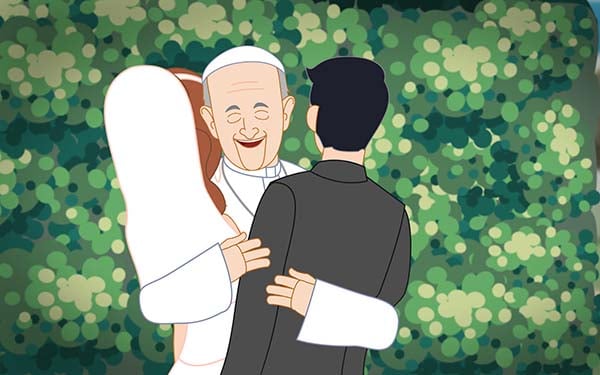 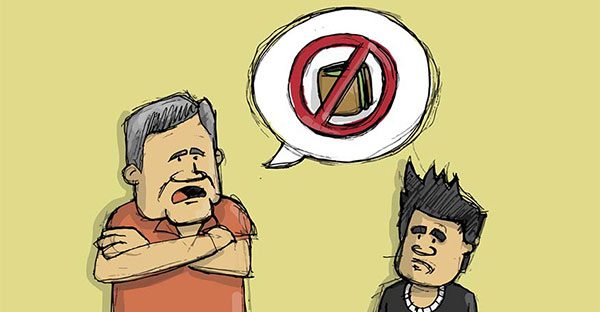 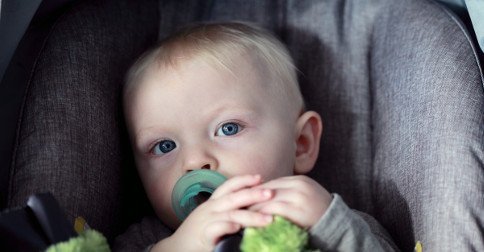 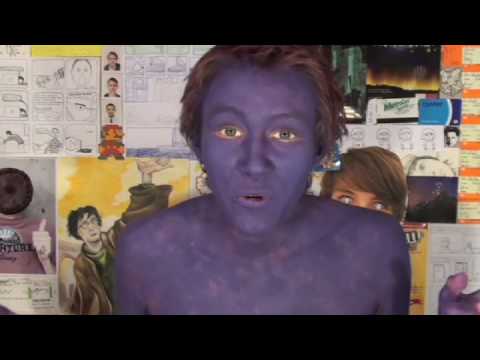 Admittedly funny, the absurdity of the fact that 3.5 million people (including myself) took the time to see this is… 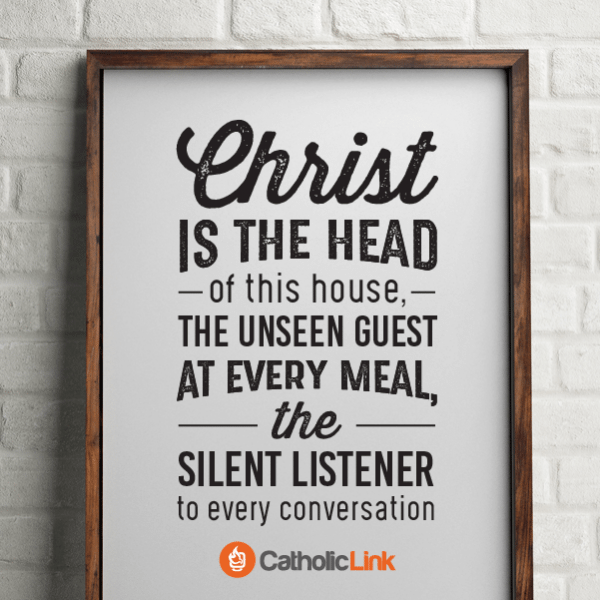 May Christ live in our home 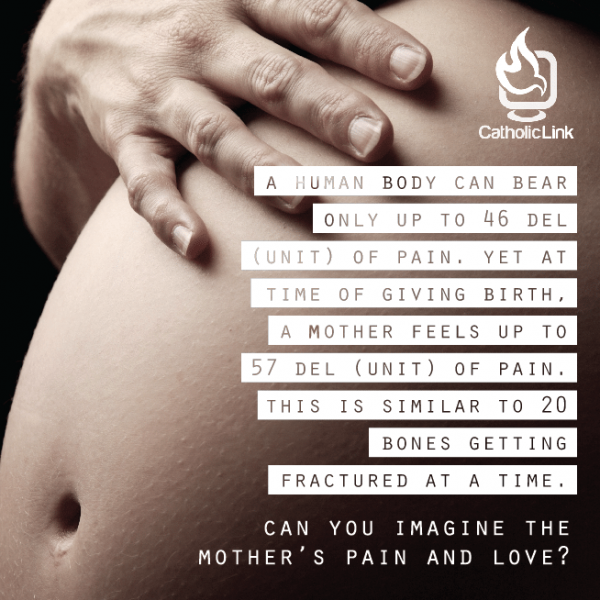