Good question, right? Why does the Church use so many candles?

The answer lies within the tradition and history of the Church. The use of candles is a part of the rich heritage of the Catholic faith. Sure, candles probably served some practical purpose in liturgies and rites before electricity became commonplace. But the use of candles has a far deeper scriptural and theological meaning.

The use of lights and lamps is seen in the Old Testament as an important part of Jewish worship in the Temple in Jerusalem. In fact, the seven-lamp menorah, first used in the moveable sanctuary Moses built while the Israelites journeyed through the wilderness, and then later an integral part of worship in the Temple, is today one of the most recognizable symbols of Judaism.

In his book Signs of Life, Dr. Scott Hahn writes how the Apostles saw the celebration of the Eucharist as something done in continuity, and in fulfillment, of the Temple worship. The Apostles drew many aspects of what was previously associated with Temple worship into Christian liturgy, and one of the things that made its way into Christian liturgies was the use of lights and lamps. As Dr. Hahn points out, one of the earliest accounts of a Christian liturgy describes St. Paul preaching in a crowded room where “there were many lights in the upper chamber” (Acts 20:8). It would have been excessive to have so many lights in the small space described in this passage, indicating that the lights were a part of the ritual, and not just serving a functional purpose.

At the heart of the use of lamps (and candles in our modern world) by the Church are the words of Christ himself: “I am the light of the world. Whoever follows me will never walk in darkness, but will have the light of life” (Jn 8:12).

That’s why at the Easter vigil, we look at the Paschal Candle and proclaim “Christ, our light!”

That same truth of Christ being our light is behind the use of candles in the celebration of the Eucharist, certain sacraments, and other rites such as funerals. During a Baptism, a candle is lit from the Paschal Candle at that church to signify that the person being baptized receives the light of Christ. This isn’t just a pious thought. The lighting of the candle is an important part of the rite of Baptism, wherein a person spiritually dies and rises with Christ. By receiving the light of Christ during the ceremony in the form of the lighted candle, this individual is symbolically bestowed with the light of Christ so that they may then go forth to live out their baptismal identity as a child of God.

At funerals too, the Paschal Candle is lit and placed near the deceased person’s casket as a reminder of that person’s Baptism and participation in the Paschal mystery of Christ. That person died and rose with Christ in Baptism, and by lighting the Paschal Candle at their funeral, we profess our hope in the eternal life found in the Risen Christ.

And as you’ve probably noticed, candles are also used extensively during the celebration of the Mass. Perhaps what you hadn’t actually noticed is in just how many different ways candles are used at Mass. The root of this practice is still that the lighted candle is meant to symbolize the light of Christ, but the number of candles, and in some cases the types of candles, used contain additional significance.

For instance, there are supposed to be at least two lit candles during the celebration of any Mass. However, this number ought to go up to four or even six for Sunday Masses and special feast days. If the local bishop celebrates the Mass, an additional seventh candle is to be lit and placed on the altar.

The variations in the number of candles used both point to the festive character of the Mass being celebrated on that day, as well as remind us that there is something different, and perhaps special, about that particular Eucharistic celebration. During the Easter liturgical season, for instance, the Paschal Candle is lit at every Mass to do just that – point to the joy of the Easter season and continually draw our attention to the recently-concluded commemoration of Christ’s death and resurrection and what that means for each of us.

There are also modern customs associated with candles such as the use of a Unity candle at weddings. Such practices are not part of the Catholic tradition. Sure, the imagery behind a Unity candle is a nice idea, but if we really think about the matrimonial rite and the depth and richness it already contains, quite frankly, we’re taking away from it by adding something to the Mass and marriage rite that doesn’t belong there. That being said, I’m not opposed to a couple lighting such a candle, outside the celebration of the Mass and the rite of the sacrament of matrimony.

As humans, we are sacramental beings, which is a fancy way of saying that we like things we can touch, see, smell, and so on. That’s why, for example, we give gifts to people. A gift is a tangible expression of the celebration of a special occasion and the love we have for the recipient. The lack of a gift doesn’t mean we don’t love that person, but when we give a gift, we demonstrate externally what we feel for that person internally.

Merely lighting a candle and walking away doesn’t work – we have to actually pray as well. After all, there’s a reason that such candles are called “votive” candles. The word “votive” comes from the Latin word votum, which among other things, means “prayer”.

One beautiful thing about lighting a candle in a church is that it continues burning long after we may leave the church. If you’ve ever walked into any famous shrine, you’ve probably noticed rows of candles burning in different parts of the church. Have you ever thought about how each of those candles represents someone else’s prayer? Think about it – each of those candles was lit by someone who came there in faith and hope, offering a prayer to God for something they either needed or wanted to thank God for. This isn’t the reason behind why we use candles obviously, but it is a wonderful witness of faith and dedication to God. Perhaps next time you see a candle burning in a church, it’s worth whispering a small prayer for that person, joining your prayers to theirs.

The awesome thing is that the light of Christ, represented through the flames of lamps and candles, doesn’t just symbolize Christ, but also points to Christ’s invitation to each of us to be the “the light of the world” (Matt 5:14). Our Lord gives us His light to be our own, that we may share our light (which is really His light) to those around us. So, go ahead and light a candle as you pray today. Ponder on the flickering flames of the candles the next time you’re at Mass, reflecting on how that light symbolizes the presence of Christ to you. And let all of this help you bring new light – Christ’s light – into your own life and the lives of those around you. 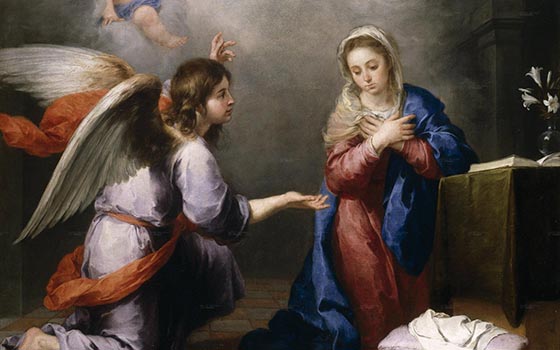 Today, the Feast of the Annunciation, we are celebrating Mary, celebrating her yes, that yes which opened the world to… 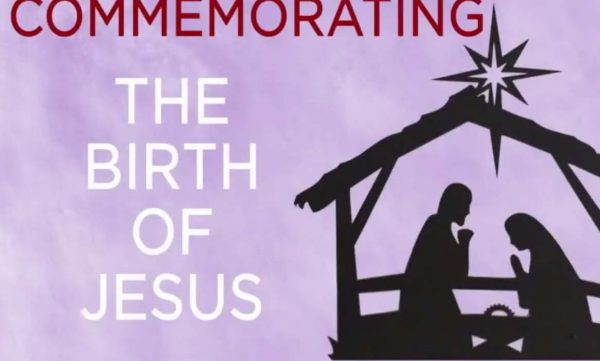 [dropcap]T[/dropcap]oday’s video is a great 2 minute presentation of Advent that covers all the basics.  This is a time of… 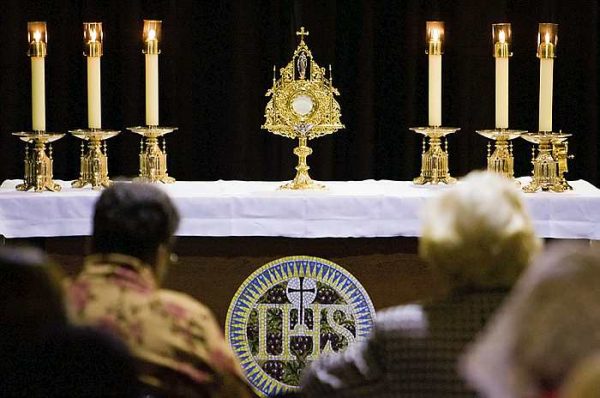 How Will Your Life Change When You Go to Eucharistic Adoration?

In the spirit of Pope Francis’ call to come together as one community before the Holy Sacrament, we would like… 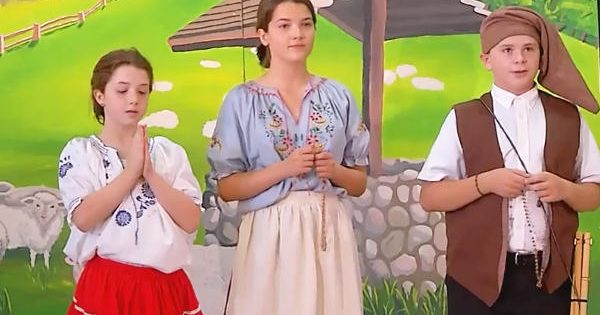 Michael Cygan, recent graduate of Franciscan University of Steubenville, has been working on Fatima: The Musical for the past four years…. 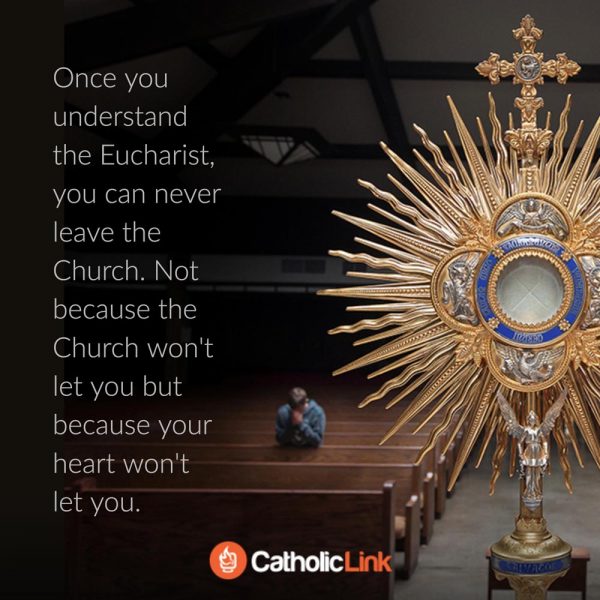 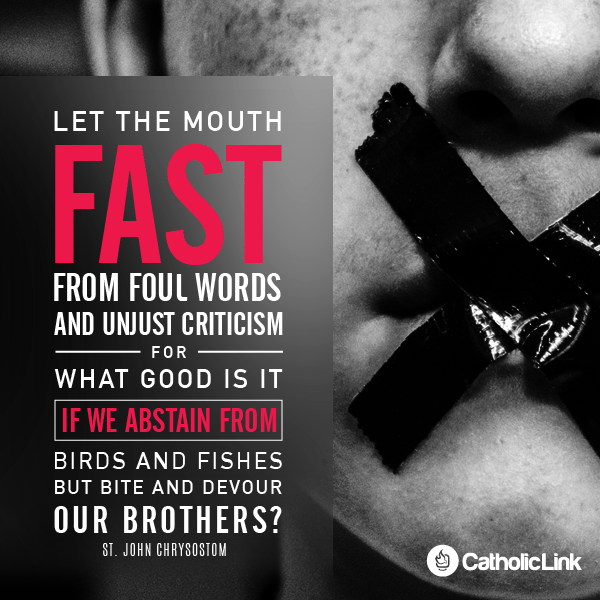 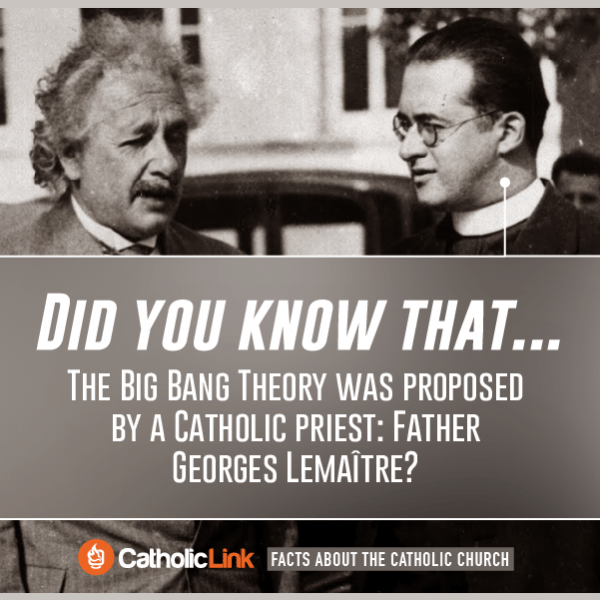 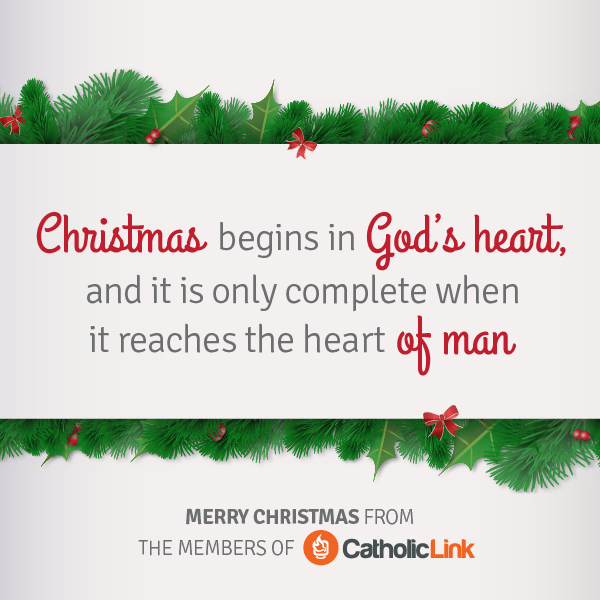