Jesus Wept Along The Path To The Glorious Resurrection

In this Lenten series, Father Ian VanHeusen presents his weekly spiritual exercise based on the Sunday Readings to help us grow in our relationship with the Lord.

St. Ignatius of Loyola explains, “By the term “Spiritual Exercises” is meant every method of examination of conscience, of meditation, of contemplation, of vocal and mental prayer, and of other spiritual activities.

“For just as taking a walk, journeying on foot, and running are bodily exercises, so we call Spiritual Exercises every way of preparing and disposing the soul to rid itself of all inordinate attachments, and, after their removal, of seeking and finding the will of God in the disposition of our life for the salvation of our soul.”

We invite you to first prayerfully read the Gospel reading, then watch the video, and finally go through Father VanHeusen’s spiritual exercise.

Now a man was ill, Lazarus from Bethany, the village of Mary and her sister Martha. Mary was the one who had anointed the Lord with perfumed oil and dried his feet with her hair; it was her brother Lazarus who was ill. So the sisters sent word to him saying, “Master, the one you love is ill.”

Imagine the people who are special to you. How do you feel when they are ill or in trouble?

When Jesus heard this he said, “This illness is not to end in death, but is for the glory of God, that the Son of God may be glorified through it.” Now Jesus loved Martha and her sister and Lazarus.

Imagine that Jesus has a special love for you like Martha, Mary, and Lazarus. What would it feel like to be a beloved disciple of Jesus?

So when he heard that he was ill, he remained for two days in the place where he was. Then after this he said to his disciples, “Let us go back to Judea.” The disciples said to him, “Rabbi, the Jews were just trying to stone you, and you want to go back there?” Jesus answered, “Are there not twelve hours in a day? If one walks during the day, he does not stumble, because he sees the light of this world. But if one walks at night, he stumbles, because the light is not in him.” He said this, and then told them, “Our friend Lazarus is asleep, but I am going to awaken him.” So the disciples said to him, “Master, if he is asleep, he will be saved.” But Jesus was talking about his death, while they thought that he meant ordinary sleep. So then Jesus said to them clearly, “Lazarus has died. And I am glad for you that I was not there, that you may believe. Let us go to him.” So Thomas, called Didymus, said to his fellow disciples, “Let us also go to die with him.”

When Jesus arrived, he found that Lazarus had already been in the tomb for four days. Now Bethany was near Jerusalem, only about two miles away. And many of the Jews had come to Martha and Mary to comfort them about their brother. When Martha heard that Jesus was coming, she went to meet him; but Mary sat at home. Martha said to Jesus, “Lord, if you had been here, my brother would not have died. But even now I know that whatever you ask of God, God will give you.”

Jesus said to her, “Your brother will rise.” Martha said to him, “I know he will rise, in the resurrection on the last day.” Jesus told her, “I am the resurrection and the life; whoever believes in me, even if he dies, will live, and everyone who lives and believes in me will never die. Do you believe this?” She said to him, “Yes, Lord. I have come to believe that you are the Christ, the Son of God, the one who is coming into the world.”

Next time you are in trouble or distress, try and make the words of Martha your own. Can you have such trust and devotion to Jesus in the midst of suffering?

When she had said this, she went and called her sister Mary secretly, saying, “The teacher is here and is asking for you.” As soon as she heard this, she rose quickly and went to him. For Jesus had not yet come into the village, but was still where Martha had met him. So when the Jews who were with her in the house comforting her saw Mary get up quickly and go out, they followed her, presuming that she was going to the tomb to weep there. When Mary came to where Jesus was and saw him, she fell at his feet and said to him, “Lord, if you had been here, my brother would not have died.” When Jesus saw her weeping and the Jews who had come with her weeping, he became perturbed and deeply troubled, and said, “Where have you laid him?” They said to him, “Sir, come and see.” And Jesus wept.

Have you recently lost a loved one? Can you imagine yourself having this conversation with Jesus about them?

So the Jews said, “See how he loved him.” But some of them said, “Could not the one who opened the eyes of the blind man have done something so that this man would not have died?”

Pause here with Jesus weeping. Imagine what it must have been like for the disciples to see Jesus weep. What emotions does it stir in you? If you want, write a description of the scene and try to connect with what you are experiencing when you imagine this scene.

So Jesus, perturbed again, came to the tomb. It was a cave, and a stone lay across it. Jesus said, “Take away the stone.” Martha, the dead man’s sister, said to him, “Lord, by now there will be a stench; he has been dead for four days.” Jesus said to her, “Did I not tell you that if you believe you will see the glory of God?”

So they took away the stone. And Jesus raised his eyes and said, “Father, I thank you for hearing me. I know that you always hear me; but because of the crowd here I have said this, that they may believe that you sent me.” And when he had said this, He cried out in a loud voice, “Lazarus, come out!” The dead man came out, tied hand and foot with burial bands, and his face was wrapped in a cloth. So Jesus said to them, “Untie him and let him go.”

Now many of the Jews who had come to Mary and seen what he had done began to believe in him. The Gospel of the Lord.

Embracing Suffering With God On The Path To The Glorious Resurrection

1. Imagine the people who are special to you. How do you feel when they are ill or in trouble?
2. Imagine that Jesus has a special love for you like Martha, Mary, and Lazarus. What would it feel like to be a beloved disciple of Jesus? 3. Next time you are in trouble or distress, try and make the words of Martha your own (“I know he will rise in the resurrection on the last day… […] Yes, Lord. I have come to believe that you are the Christ, the Son of God, the one who is coming into the world.”). Can you have such trust and devotion to Jesus in the midst of suffering? 4. Have you recently lost a loved one? Can you imagine yourself having this conversation with Jesus about them? 5. Jesus wept: Pause here in the reading and imagine what it must have been like for the disciples to see Jesus weep. What emotions does it stir in you? If you want, write a description of the scene and try to connect with what you are experiencing when you imagine this scene. 6. What are your thought-traps when you suffer? Do you ever say to yourself, “If I was a saint I would not feel this way” or “if I had greater faith I would not be so disturbed?” Take a moment to bring these negative ruminations to the Lord. Write out a meditation if that helps. 7. Imagine that perfection is not in an ideal but rather in the person of Jesus Christ. What would be a healthier perspective on the kind of saint you are called to be? Write a meditation if that helps. 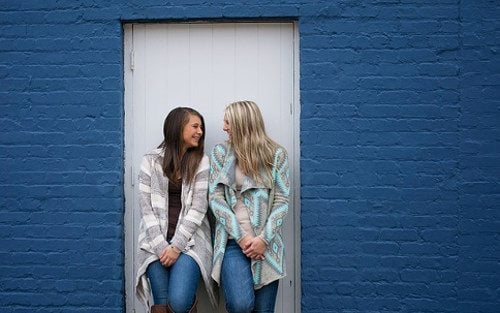 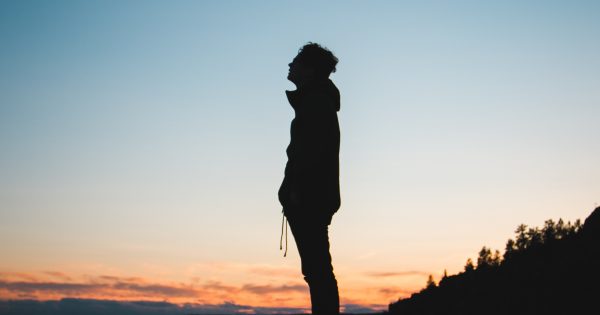 6 Promises Of God Every Christian Should Know

It’s important that Christians know the Word of God and write it on their hearts. In times of trouble, stress,… 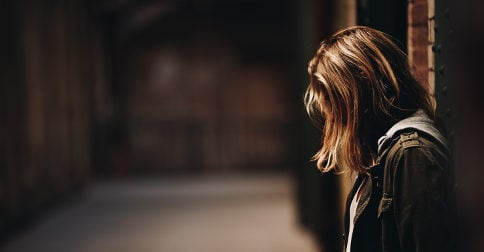 Catholic Cliques: 4 Steps To Overcoming Them

I was scrolling through Facebook one day and I stopped on a photo of a group of friends I knew…. 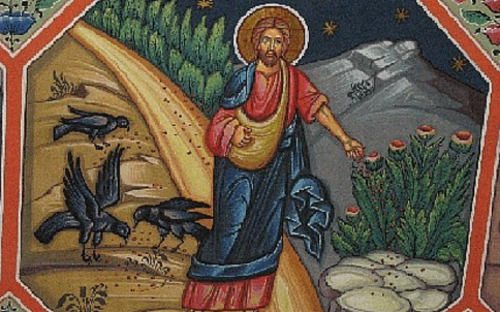 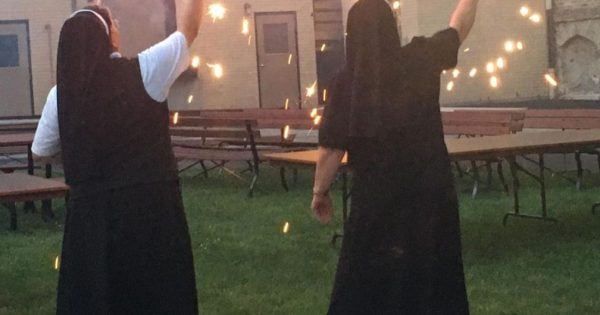 Better Than Happy: The Joy Of Your True Calling 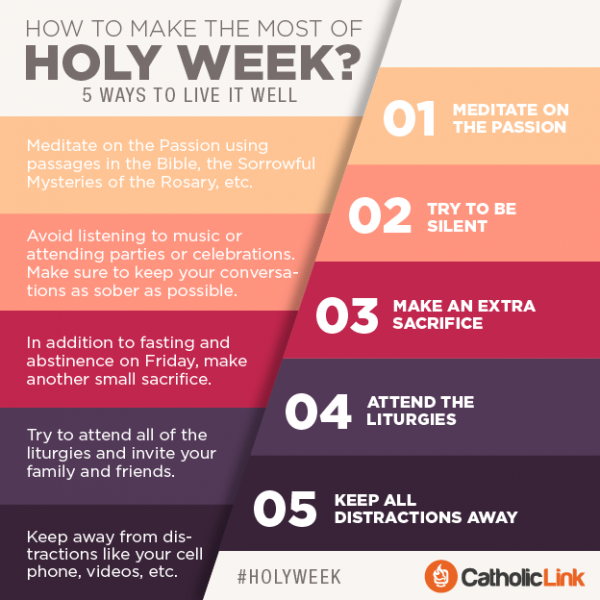 This Lent, Quit Hitting The Snooze Button On Your Prayer Time 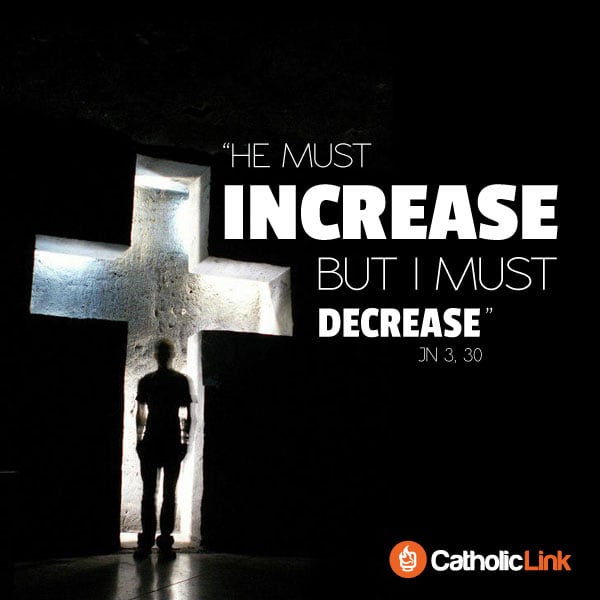 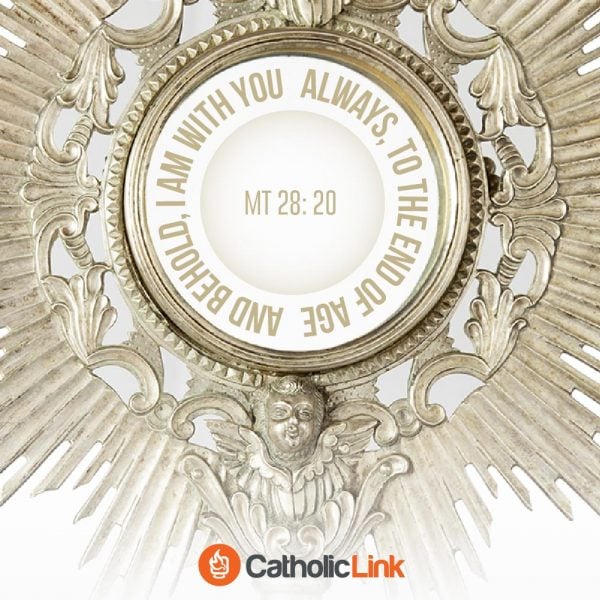 3 Moments When Mary Had Reason to “Fear” the Annunciation

These words, “Do not fear”, must have deeply penetrated Mary’s heart. We can imagine how in various situations the Virgin… 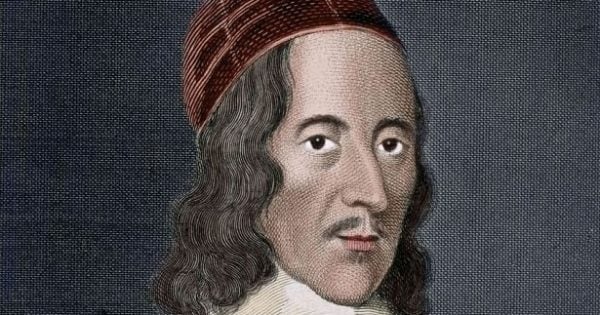 “You have made us for yourself, O Lord…”

“You have made us for Yourself, O Lord, and our heart is restless until it rests in You.”

The Bread of heaven came down to earth to feed the hungry.