“Though in Your sight I despise myself and reckon myself dust and ashes, there is something I know about You, which I know not about myself.” – Augustine, The Confessions

A few days ago I was with some close friends in Subiaco, (where St. Benedict first founded a community). Entering the holy cave, above and to the left, there is an image of St. Jerome and a lion with a gentle face that seems to be listening to him. It is an image of a man who has made peace with himself, who has discovered his inner aggressiveness but has not allowed himself to be devoured by it. And perhaps it is also an allusion to the constant dedication to the Word of God that characterized the life of St. Jerome, who read and translated the whole of Sacred Scripture. Through his encounter with the Word of God, he was able to enter into himself without fear. 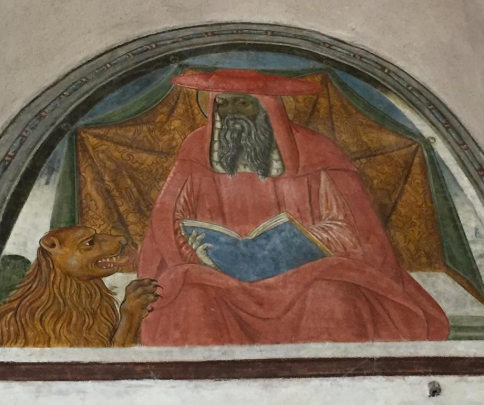 Sometimes we think that the things that bother us come from outside of ourselves. Let us strive to look deep within ourselves to find the true root of what with disturbs us, like the story in chapter 49 of St. Benedict’s Rule about the young man who became a monk in an ancient monastery:

“After just a few days, he began to fall into conflicts with his brothers. Everything about them bothered him. And so he thought to himself that he was not fit for life in community and asked the abbot permission to leave the monastery so that he might go live on his own. Surely he would find God once he had no one around to distract him. The abbot gave him permission.

The monk was happy to finally be alone and looked forward to the time of peace that he would share with God.

The next morning he woke early, took up his pitcher and headed for the river. On his way back, the pitcher fell from his hand and emptied onto the ground.

“Patience,” the monk said, “I will go back to the river.”

The second time, on his way back, he stumbled and all the water poured out.

He started to lose patience, but he willed himself back to the river again.

When for the third time the pitcher slipped out of his hand he was furious and began to kick the pitcher. But as he took out his anger with the pitcher, he realized what the problem was.

And so he returned to the abbot and said to him: “Father, now I understand the anger that dwells within me.”

The first Sunday of Lent invites us to take a similar journey into our own hearts. Jesus is driven into the desert, to the place of solitude, where He is alone with Himself. In the desert we hear the silence and everything inside of us seems to raise its voice. These are the times in life when we are brought back face to face with ourselves, forced to be alone with ourselves and look inside. Forty days are a long time, like the forty years during which the people of Israel walked in the desert. Forty is the symbol of a full life. When faced with this drive to become aware of what moves within us, we are continually tempted to flee. We get just a glimpse of the beasts the roar within our depths and we distance ourselves from the task, deceiving ourselves into thinking that we can cover over our savageness with superficiality. We let ourselves become distracted perhaps even by “spiritual things” providing that they prevent us from seeing what we carry within us.

Jesus too must look deep into Himself. He is about to begin His ministry – His proclamation in service of the Kingdom. He is called to examine the motivations that hide in the heart of His humanity. The time He spends in the desert is a period of clarification and purification. There were many expectations about the Messiah at that time. Even Jesus had to ask Himself what expectations He was responding to: those of men or those of his Father?

In the Gospel of Luke, Jesus speaks with an external, personified temptation. In this way, Luke brings out the inner dynamics of human experience in a dramatic way. Mark on the other hand, describes an inner dialogue. Jesus is alone and temptation reveals itself as a battle within Him. Mark describes the outcome of this battle through the symbolically serene coexistence of Jesus with the beasts that dwell in every interior desert: Jesus was among the wild beasts.

As it was for the people of Israel, the desert is always an experience of a solitude inhabited by God. The desert is certainly the place where fears emerge and we think that we are incapable. It is the place of infidelity and of treason, but it is also the place where we realize that we can only count on God. Only in the desert, where life drives us from time to time, are we allowed to encounter God in the most authentic way. Only then will we be able to help others find peace.

The Spirit drove Jesus out into the desert, and he remained in the desert for forty days, tempted by Satan. He was among wild beasts, and the angels ministered to him.

After John had been arrested, Jesus came to Galilee proclaiming the gospel of God: “This is the time of fulfillment. The kingdom of God is at hand. Repent, and believe in the gospel.” 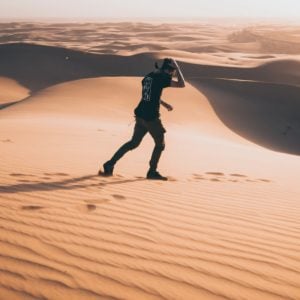 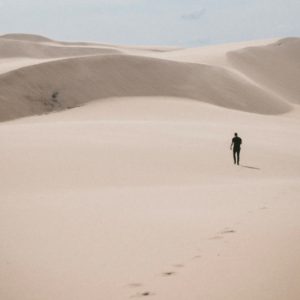 1st Sunday Of Lent | Our Temptations 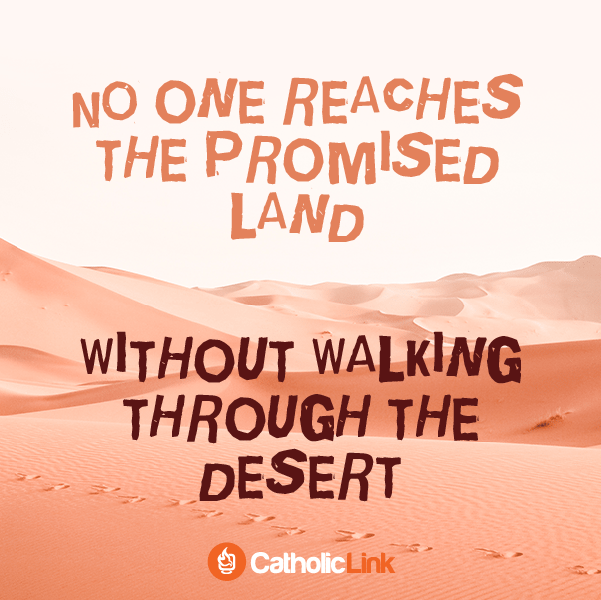 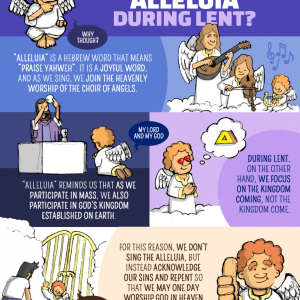 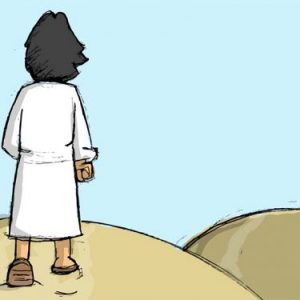 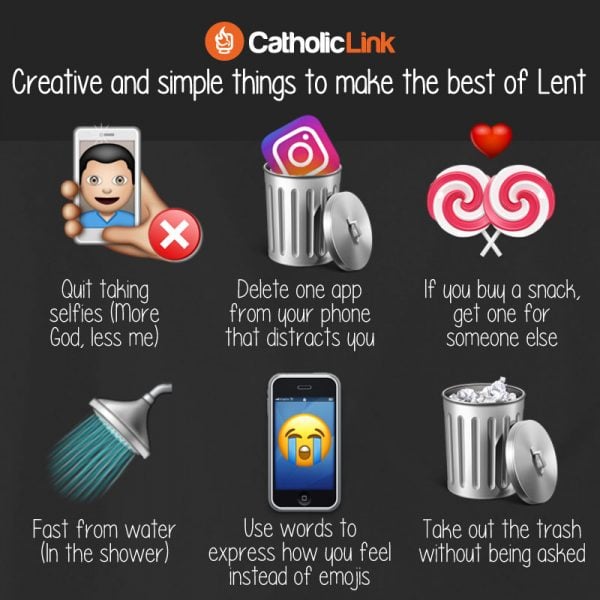 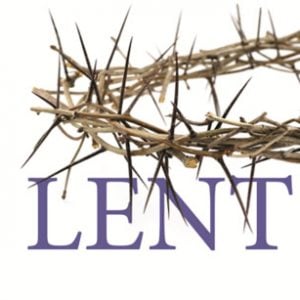 These Bible Verses Will Help You Decide How To Spend Lent