Synergy: “the interaction or cooperation of two or more organizations, substances, or other agents to produce a combined effect greater than the sum of their separate effects.” It’s a phenomenon that – if you’ve experienced it – almost comes with it a spiritual and bodily high, if that’s not too crass a term for the present topic. I think it’s why people enjoy going to concerts; to share in and feel the collective energy, especially – say – of epic rock anthems. We might feel it while singing our country’s National Anthem, particularly in moments of mourning or celebration. The togetherness of collective singing, combined – perhaps – with the synapses that singing fires in the human brain.

Indeed, studies have shown that singing in a choir is connected to palpable health benefits. Collective singing actually seems to synchronize the heartbeats of participants! As most of us who’ve sung in a choir can attest, there’s something different about creating vocal music together. Perhaps it’s similar to a collective athletic endeavor in team sports… but I would argue that there’s a different magic involved in singing.

Which brings me to this delightful video of the famous jazz vocalist, Bobby McFerrin, a true student of his craft and of the nuance and capabilities of the human voice. McFerrin grew up attending the Episcopalian Church and attended a Catholic high school in Los Angeles. Over the years, he seems to have chosen songs of a spiritual bent, and has said about his upbringing in music that, “[My mother] knew how music was a healing balm, because whenever I was sick she’d give me two things, she’d give me medicine for my aches and pains and she’d give me music for my spirit. There have been times when I’ve walked on stage ill, not thinking that I could actually go on and do my performance, and 90 minutes later walk off-stage well. Music does have incredible power to rearrange your insides, rearrange your thoughts, heal your body.”

There certainly seems to be something healing – rearranging – captured in this video. Just imagine what it must have felt like to be there, singing along!

If we know what synergy feels like in a place like a rock concert or a sports stadium, how much more so in communal prayer? “For where two or three are gathered in my name, I am there among them” (Matthew 18:20). Doesn’t He multiply our efforts when we do even the slightest work towards His ends?

We seem to grasp intuitively that beauty has a special way of drawing people together. If we’re lucky, we know this to be true by experience. But, I wonder – when that beauty is focused on praise of the Mother of Jesus, Mary Immaculate – don’t you think maybe she magnifies it? That, perhaps, she uses it to dispense consolations, or little tugs on the hearts of unwitting concert-goers, toward the Source of all Beauty, Jesus Christ? It seems to me that this moment of grace, wrought by one man’s  musical talent and an audience’s collective willingness to be drawn in, gives us goosebumps because it’s a little, joyful sliver of Mary, piercing hearts through beauty and song.

Pray or sing the Ave Maria in Latin:

Aside from the Our Father, the Hail Mary is perhaps the most widely known and beloved Catholic prayer. Do you know how to say it in Latin? Give it a try! It’s words and cadences are truly musical: 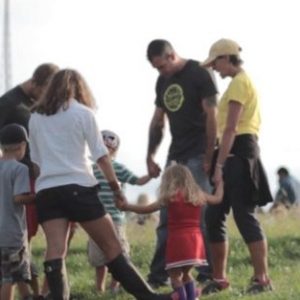 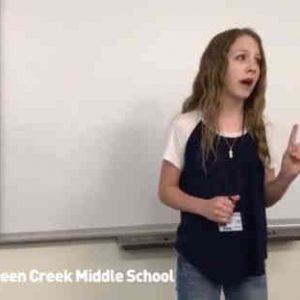 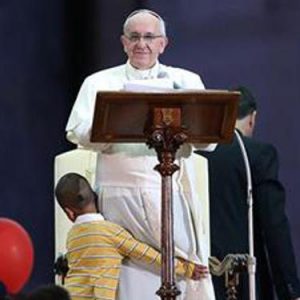 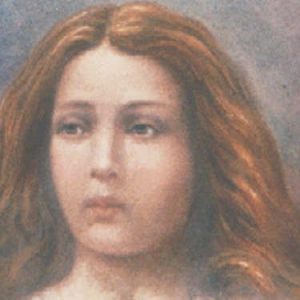 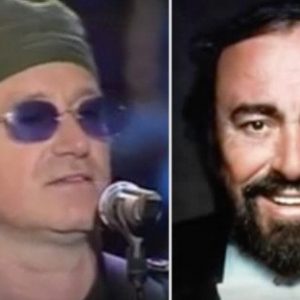