Frida, Ludvig, and Anniken are 3 young Norwegians who love fashion, avidly following the latest trends. Their closets are full of shoes, dresses, and make-up from the hottest brands around the world. Together, they were invited to participate in a reality show run by a nonprofit organization. The Future is In Our Hands was broadcast by AftenPost, one of Norway’s flagship newspapers.

This episode, called Sweatshop, Deadly Fashion, will take these three bloggers inside the textile industry in Cambodia, where they’ll learn about the life of the workers who produce clothing for all the top brands.  They will live together with the employees in order to experience a common workday at the factories. They will learn what it’s like to live off the typical wages of a Cambodian textile worker.  Getting to know these real, human workers and their lives will profoundly change the perspectives of these 3 young Westerners.

The video that we share here is the first “chapter” of the tv show. In the beginning, when they visit Sokty’s home (a 25-yr old Cambodian woman), they begin to realize the differences between their luxury homes in Norway and the humble house where Sokty lives. All Sokty has is a small cooker and she sleeps on the floor. However, these 3 young Norwegians look reluctant to the life that Sokty has. Furthermore, they are surprised to learn that this young woman works seven days a week to receive a mere equivalent of $ 130 USD.

After a long day of hard work, feeling exhausted and weak from all their labor, the three visitors earned $3 apiece. Next, they have the challenge of figuring out how to survive on such a small sum of money.

Meanwhile, in the capital of Cambodia, there is a protest lead by the sewing workers asking for an incremental increase of their salaries. After that, they meet Sian Yot, “an activist who defends worker’s rights with passion and courage, even though the police have hit him until he fainted.”  “I get threats to my life but I am not afraid. We have to be committed, always. We must fight with our hearts. Whatever it takes, we have to struggle on. It will be tough to reach our goal. But one day our work will pay off. One day we will succeed” This shows them that injustice and outrage only generates courage and endless hope. In fact, there are people willing to give their lives to improve the lives of their families and country. They are just asking for a salary of $160 per month, a quantity that seems nothing in Norway (the price of a coat in Norway).

The last and shocking moment is when they visit a center for sewing workers. In that center, they found cases where people who couldn’t accomplish their goals or their relatives passed away because they didn’t have any food. After talking with some workers, they just blew up. Anniken, a 17 years old blogger she confessed, “To be honest, when I lie in my bed, back in Norway, you hear about all those who suffer, it’s on the news and all around you. Then I get this thought that so many people are just born. Then they get one task in their life and so they die. And that’s it… I have this idea that so many people around the world are unnecessary. They are nothing and they do nothing all their life. It’s been on my mind often but when you talk to a person, and then you realize she is just valuable as you are.”

Frida, 19 years old, is shocked and impressed that one of the workers said to her that the worker is happy that they came over to listen to her.  “That’s why she cried because we were there and cared about their situation… I had to hold her hand to show how grateful I was to hear her story.”

“You can’t solve everything or fix such a global problem. But they really don’t ask for much. To get a bit more money, a better chair, some fans in the ceiling in the Factory. We just have to push, get it done”.
The initial indifference that these young Norwegians had is characteristic of our daily life. Most of the time we are in a hurry, focused on our duties without paying attention to what’s going on around us. We forget to even wonder if our friends, family, classmates, job mates are doing well.

After the experience that Anniken had, she is no longer thinking about a luxurious life. Now she asks herself What type of life is that? After she heard the story of one Cambodian girl, she said: “if that 19-yr old had been me, I would have given up. I would not manage to get up every morning, to work all day.”

Most of the time we look for motivation to complete small duties. meanwhile, other people make big efforts just to survive. “You can’t solve everything or fix such a global problem. But they really don’t ask for much. To get a bit more money, a better chair, some fans in the ceiling in the Factory. We just have to push, get it done”. When they are coming back home they said: “This is my task now. My task is to go to Norway and make others see, to help by influencing others.”

Even though Anniken, Ludvig and Frida do not either have a religion or a family to have taught them moral values, all they experienced in Cambodia opened them to greater awareness. Situations totally different from their comfortable lives inspire them to help those workers against the clothing industry and its inhumane practices. Seeking justice for these Cambodian workers who suffer while the clothing industry gains billions in profits.

Unlikely as it may have been, the first thoughts and the final thoughts of the blogger have totally changed for thought in favor of human dignity. This is the central theme of what Pope Francis is inviting us to consider:

“We are certainly in a moment,” the Pope said in his greeting, “when the human person is treated like an object and ends up as a material good which is thrown-away”. However, he warned, “in the eyes of God, no material is thrown-away, there is only dignity”. – symposium of young people on human trafficking 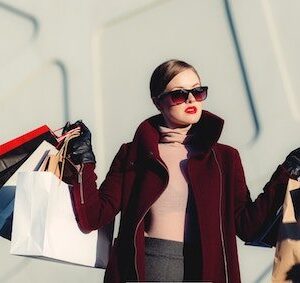 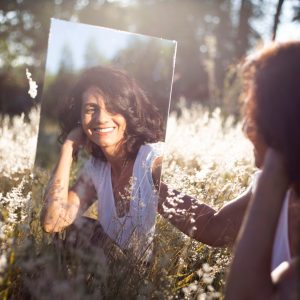