I recently read Catholic-Link’s  ‘A Single Twenty-Something Shares Her Most Intimate Concerns About Dating, Relationships, and Chastity’  article and my heart went out to the writer and her situation. I loved her willingness to make herself vulnerable to us and I loved her words of fortitude and resolve. But what touched me most was the one thing that none of us can ever adequately express in words, but that was so vividly present in her text. It was that sustained, soundless, elemental cry of longing and consummation, the one that wells up from our very core and issues out through every fiber. It was the cry that says, “I am incomplete and still nobody recognizes me in my incompleteness!”

I’m 41, a man and married. I will never, ever innately know what it means to be a twenty-something Catholic woman, especially one navigating the stormy waters of the dating scene. But I do know the deep, painful cry of yearning and desire and I have cried it many, many times. All I want to do is reach out to her and all those of you in similar situations – across any age gap or gender divide – as simply one journeying soul to another and say, we walk the same path, you and I.

So, let me do the only thing I can, which is to tell you what that path has been like so far, for me. Oh, there are many others on the same path, but each with different stories to mine. They have stumbled over different stones or fallen into different holes; their vistas have been more breathtaking or more disappointing. Either way, I hope they reach out to you, too.

Can Marriage Be Fun? Great Video!

1. Marriage Gets Worse Before It Gets Better

Marriage isn’t an infinite vale of tears, but it gets worse before it gets better. And the reason why? Well, because of me, of course!  I completely idolized the model of marriage. We had a full-on nuptial Mass, concelebrated by no less than three priests. We honeymooned in Rome. We received a blessing from the Pope at his weekly audience. I wanted a chaste and joyful marriage; I wanted intimate and meaningful sex; I wanted affirmation as a Catholic husband and father; I wanted, oh I wanted!

Meanwhile, my wife wanted a cup of coffee, a hug, a kind word. In my blinkered state, I raged, vented, wept, begged the Good Lord for answers as to why my marriage to my wife hadn’t turned out as promised. Now, twelve rather exhausting years later, I suddenly hear Him say, quietly and insistently, “Love her! Just love her!”

All the while we focus on our own desires, however noble they are, we remain restless, tossed around like pebbles against the shore. But there’s another, better abrasion: that constant rubbing alongside our spouses throughout the long years of marriage, one that smooths our rough edges and allows us to finally sit comfortably together in the sands.

2. Pre-marital Abstinence isn’t a Fail-Safe Deposit for a Joyful Marriage

Living chastely before marriage is only the beginning, the first steps, the training as it were, for what is to come. It’s an attitude, a mindset, a decision that we practice in the warm-up to the real game, to the times when living chastely really gets tough.

The problem is, that we equate chastity – especially while dating – with sexual abstinence.

But that is not what chastity really means:

Chastity is not the same thing as celibacy; indeed it is not even, first and foremost, a sexual concept. Someone can be chaste but not celibate, just as someone can be celibate but not chaste …

We are chaste when we stand before the world, others, and God in a way that allows them to be fully themselves without letting our own impatience, selfishness, or unwillingness to remain in tension violate their reality and their natural unfolding.

Standing before our spouse ‘in a way which allows them to be fully themselves’ is tough, really tough. It takes years of understanding, of decoding, who they really are and who you really are in relation to them. This is no intangible, spiritual whimsy. This is gritty reality. This is making room for their annoyances, their weaknesses, their failures on a daily basis while finding the courage, the graciousness and the goodness of heart to inspire them in their roles as spouse, parent, Catholic, son or daughter of God.

The requirement for this kind of chastity is often only fully understood by a spouse or the couple when they are truly living within the daily furnace of the marriage. And if this kind of chastity is not heated, molded, hammered out during the course of the marriage, sadly no amount of pre-marital abstinence will guarantee a concrete, joyful outcome.

3. Post-wedding day, it’s not all about sex

I hold up my hands here, I was totally expecting years of extensive, blissful conjugal union from the point of marriage onwards. I literally ran to the hotel room on our wedding night.

Often, a great sadness for a spouse is that –  where they suffered a time of abstinence while waiting to be married – now that they are married there is even greater suffering when physical intimacy still doesn’t occur. And this can be for many reasons – illness, physical or psychological dysfunction, a coldness in the relationship. However, it is often throughout these times, where physical desire is sublimated, that a true understanding of sacrificial love emerges.

On the other hand, there is a great joy, together with one’s spouse, in evolving the ongoing narrative of physical interaction and intimacy. It is like two artists working together on the same oil painting, applying layer upon layer, texture upon texture, making a horrible mess here and a glorious swirl there, agreeing and disagreeing, scraping off the flaky bits or adding finesse. The trouble is, both are learning their craft from scratch, there’s just one canvass and it’s only when, years later, they stand back and observe that they can see the masterpiece they are creating.

4. There Are So Few People Out There Telling Us How It Is

You’d think, given the numbers of people on the same path of chastity and Catholic marriage, that there’d be plenty of signposts along the way. But no, hardly a track in the mud. Having spent twelve years trying to work things out for myself, I can feel frustrated! Marriage preparation was limited, both in content and length, there is nothing parish-based to help you along the way afterward, and any good resources or programs are costly or out of town. But don’t be too harsh on older couples- many of us are caught up in our own headwinds, struggling with the energy and resolve to keep our own marriages alive. If we look up at all, it’s only to see how many miles we still have to go.

Marriage is a saint-making business, that’s for sure. And that business starts even while waiting for marriage. The benefit of exercising your resilience and steadfastness now, while you have the time, is a huge blessing that many, many twenty-somethings are not taking advantage of. To those of you who are living out your single life, pursuing chastity, and hoping to be married, your future spouse will find themselves very fortunate when they see the strength of your respective man- or womanhood.

If you can both step out on that road together, as journeying companions, hand in hand, determined to forge a strong path towards sainthood, the frustrations of living chastely before marriage will become a distant memory.

*Amazon Affiliate links help our ministry at no additional cost to you. Thank you for your support! 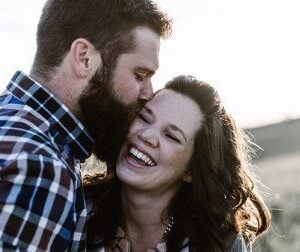 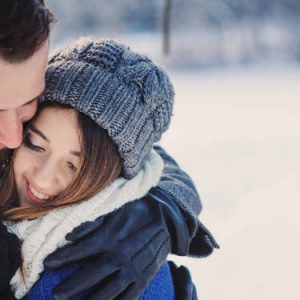 Samuel Baker lives in England and is married with four children, several chickens and a couple of pet rats. He is a full time teacher of Business Studies in a High School.