Nicki Minaj is more than just a record-setting female rapper and performer.  Recently named one of Billborad.com’s Top Ten Most Influential Artists of the 2010’s,  Ms. Minaj holds branding power and influence among the urban teens and the teen demographic.  With over 18.6 million Twitter and 45 million Facebook followers, it goes with out saying that she has the power to impact a generation.

Her lyrics, fashion style, and behavior are not typically the qualities we would look for in a Catholic role model, but in a recent article in the Rolling Stone as well as  in more than one of her songs Minaj has opened up about an abortion that she had as a teen.

Many of us reading this do not have the power to influence the urban teen and young adult market in the way that she does.  This letter is written in hopes that Ms. Minaj may use her fame for more than selling albums, lipstick colors or wigs.  This is written in hopes that she would not be afraid to choose life and that she would send that message out to her listening audience.

You have a choice to choose life.

Please, take a minute and seven seconds to watch “Epidemic”  a video created by TheRadianceFoundation.org.   Did the statics make you gasp?  In New York City, the city you grew up in,  more African American babies are being aborted than are being born alive.   Since 1973 more than 13 million African Americans have died because of abortion.  That’s more than have died of heart disease,  cancer, AIDS, car accidents and violent crimes.  (Source: BlackGenocide.org)  You have a choice to choose life.

These statistics are nothing new.  Since its beginnings, Planned Parenthood, which provides more abortions in the U.S. than any other organization, has targeted the African American community.  Margaret Sanger, founder of Planned Parenthood, said, “We do not want word to go out that we want to exterminate the Negro population.”  This is just one of many quotes that demonstrate her desire to use abortion as a means of reducing the population of African Americans.  You have a choice to choose life.

You recently shared in a Rolling Stone interview  (*Article has some foul language) in regards to an unexpected teen pregnancy that ended with an abortion ” It was the hardest thing I’d ever gone through.”  When I read that you said it has been a decision that “haunted me all my life” my heart broke for you and for the millions of other women who are being haunted by the same memory.

Someone probably advised you that after your abortion, your problems would end.  You wouldn’t have to think about that baby again.  They were wrong and now you know that.   You will forever have a spot for the child you lost in your heart as you shared in the lyrics of your 2008 song “Autobiography”, “Please Baby Forgive Me. (Forgive Me). Mommy Was Young, Mommy Was Too Busy Tryna Have Fun, But Now I Pat Myself On The Back For Sending You Back, Cause God Knows I Was Better Than That; To Conceive You Then Leave You, The Concept Alone Seems Evil I’m Trapped In My Conscious.”

The “problem” doesn’t go away when the heartbeat of a child stops.

Though you experienced the deep and lasting pain of abortion, you still have a choice to choose life.  Your past does not define your future.

You went on to say in your Rolling Stone interview,  “It’d be contradictory if I said I wasn’t pro-choice.”   I want to tell you: you wouldn’t be contradictory at all if you decided to choose life.  You would be among women like Dr. Alveda King who is the niece of Dr. Martin Luther King and Abby Johnson the former director of Planned Parenthood.  Both of these women had abortions and, because of the pain they felt, now speak out for the Pro-Life movement.   You would join the company of Norma McCorvey, the woman better known as Jane Roe in Roe vs. Wade, and  Ron Weddington, one of the attorneys who drafted the brief for abortion rights in the same infamous case.  Both are now pro-life after having witnessed the effects of legalized abortion in our country.   Many, many other women have come forward after having an abortion to help educate others on the horrors that ensue after the choice to abort a baby.  They chose life. You have a choice to choose life as well. Make it a part of your healing process.

You would not be contradictory.  You would be a woman that learned from her past and chose to use her fame to prevent others from experiencing a pain that never fully goes away.  You would be a woman that educates others on the attack of the African American race by means of abortion.  You would save heartache and lives by choosing to share your story and speak out against this evil.  God has blessed you with ability to outreach to millions.  Please choose to use your life to save the lives of so many.  You have a choice to choose life.

If you or someone close to you has experienced the pain of abortion, don’t lose hope.  God has a plan and purpose for both you and your child’s life.   His mercy and forgiveness know no boundaries and cover all sins.  Please seek help and healing to get you through this difficult time. I sought the LORD, who answered me, delivered me from all my fears. Look to God that you may be radiant with joy.  Psalm 34

A national memorial for the unborn

Information and resources on the Prolife movement 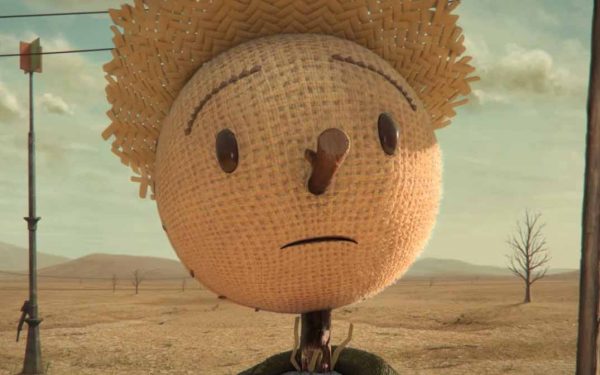 An impressive ad for their new game released, Chipotle’s Scarecrow depicts the story of a Scarecrow whose mission is to… 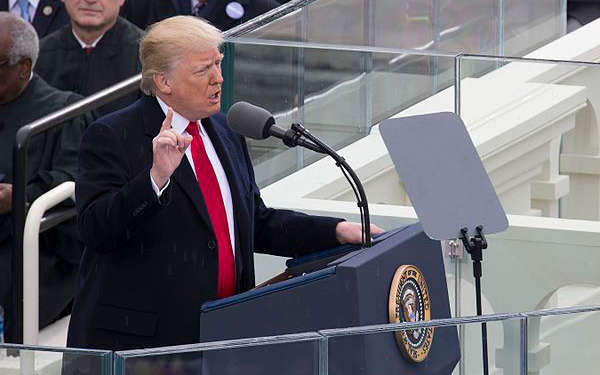 On Wednesday, May 24th, United States President Donald Trump proclaimed that Memorial Day (May 29th) will be a Day of… 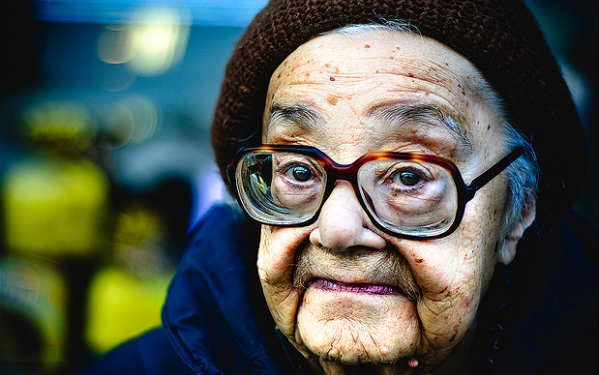 Do we treat the elderly like our junk mail?

What do you do on the weekends? Host a party? Play a sport? Visit friends while you take a road… 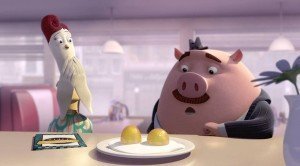 What “the chicken or the egg” can teach us about fidelity

This short animation, made by Christine Kim and Elaine Wu of Ringling College of Art and Design, tells the story… 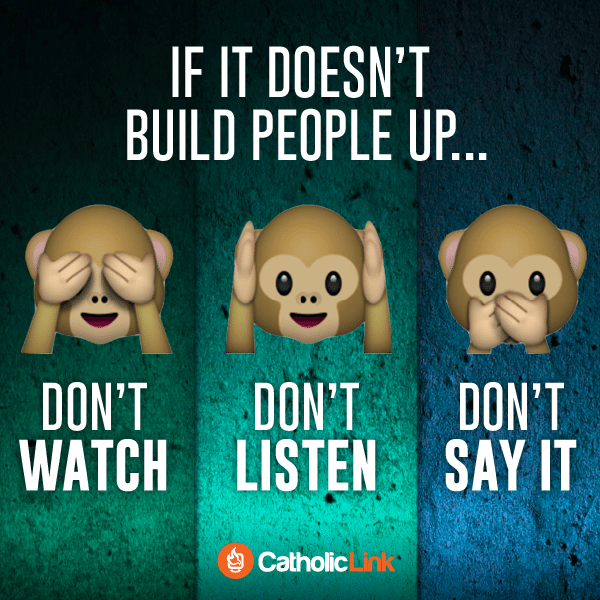 If It Doesn’t Build People Up… 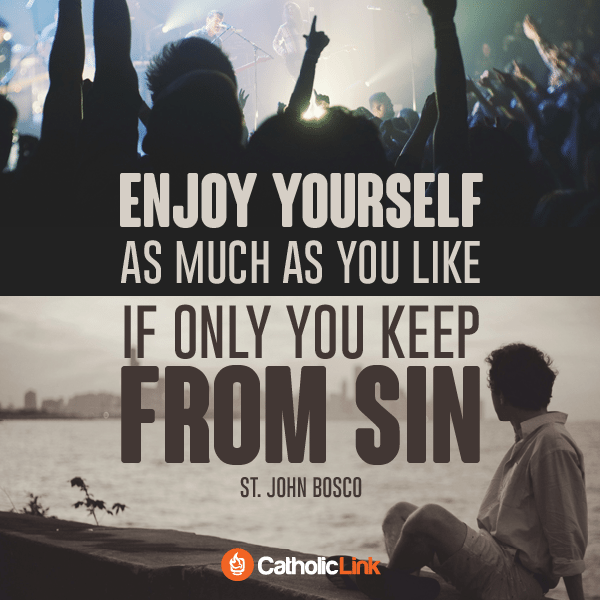 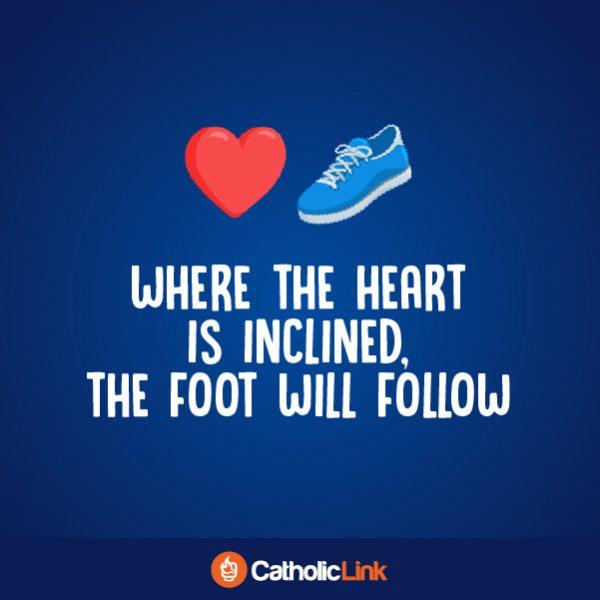 Where The Heart Is Inclined, The Foot Will Follow

St. Justin Martyr on the Indissolubility of Marriage

Concerning chastity, [Jesus] uttered such sentiments as these: “Whosoever looks upon a woman to lust after her, has committed adultery…

The recently-advanced hypothesis of reopening the way for the dignity of the person by radically neutralising sexual difference and, therefore,…

St. Louis De Montfort Shares The Reason Why We Make So Many Mistakes

Often, actually, very often, God allows his greatest servants, those who are far advanced in grace, to make the most…