I’m sure many will, in the following days, be curious as to how the Papal election process takes place. Much of this will focus in on the practical details and perhaps no few reporters will make some wry comment about this “transparent election” which they seem to reduce to a type of exotic and anti-modern political process.

In addition to being charitably patient with our neighbors, I would like to offer some simple excerpts that I believe will allow us a peek inside the heart of this process.

My hope is merely to mention four items that might clarify its true nature, the context in which it takes place, and above all the dramatic experience of faith that must accompany the man who utters the words “Accepto.”

How Do They Choose The Pope?

1. First of all, I would suggest taking a look at an extensive article written by Thomas J. Reese entitled “Papal Transition.” There, he covers almost any question you might possibly have about the Pope’s resignation, the following interregnum, the conclave, and any other questions you might have.

2. The reading of the Light of the World, is a must. There, Pope Benedict directly responds to the question about whether a pope could resign:

–       “Yes. If a Pope clearly realizes that he is no longer physically, psychologically, and spiritually capable of handling the duties of his office, then he has a right and, under some circumstances, also an obligation to resign.”

This decision cannot, he then explains, be founded on fear of danger…

–        “When the danger is great one must not run away. For that reason, now is certainly not the time to resign. Precisely at a time like this one must stand fast and endure the situation. That is my view. One can resign at a peaceful moment or when one simply cannot go on. But one must not run away from danger and say someone else should do it.”

3. Commenting about the Holy Spirit’s role in the Papal elections, John Allen–an American journalist based in Rome– reprints in his book, Conclave, an interesting comment made by Cardinal Joseph Ratzinger in an interview on Bavarian television (April 15, 1997):

–       Interviewer: “Your Eminence, you are very familiar with church history and know well what has happened in papal elections… Do you really believe that the Holy Spirit plays a role in the election of the pope?”

–       Ratzinger: “I would not say so in the sense that the Holy Spirit picks out the Pope, because there are too many contrary instances of Popes the Holy Spirit would obviously not have picked. I would say that the Spirit does not exactly take control of the affair, but rather like a good educator, as it were, leaves us much space, much freedom, without entirely abandoning us. Thus the Spirit’s role should be understood in a much more elastic sense, not that he dictates the candidate for whom one must vote. Probably the only assurance he offers is that the thing cannot be totally ruined.”

4. Lastly, I would suggest a reading of Sandro Magister’s article, What Really Happened at the Conclave, written in 2005. It is an extremely interesting article about the deep significance of the environment in which the Conclave takes place.  At the end, he provides an extract of Benedict XVI’s account his election:

–       “As the voting process gradually showed me that the guillotine, so to speak, was to fall on me, my head began to spin. I was convinced that I had done my life’s work and that I could hope to end my days in tranquility. With profound conviction I said to the Lord: do not do this to me! You have younger and more talented people who are able to face this great task with a completely different kind of approach and strength. Then I was deeply touched by a brief letter that had been written to me by one of my fellow members of the college of cardinals. He reminded me that on the occasion of the Mass for John Paul II, I had centered the homily, using the Gospel as my point of departure, on what the Lord said to Peter at the lake of Gennesaret: follow me! I had explained how Karol Wojtyla had always received anew this call from the Lord, and how he had always needed to renounce much and say simply: yes, I will follow you, even if you lead me where I would not have wished to go. This cardinal wrote to me: If the Lord now says to you “follow me,” remember what you preached. Do not refuse! Be obedient, just as you spoke of our great pope who has returned to the house of the Father. This moved me deeply. The ways of the Lord are not comfortable, but we are not created for comfort, but for great things, for the sake of the good. So, in the end, I could do nothing other than say yes…”

I hope that some of these excerpts or suggestions might be of some utility. If anyone has any other suggested readings, I would be much obliged if you could send me a message or leave a commentary so that others might benefit. 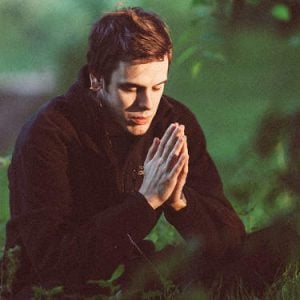 5 Steps To Growing In Your Understanding Of The Nicene Creed