Venom is the latest installment in the superhero film genre. This film is a production of Columbia Pictures, in association with Marvel Studios. It doesn’t have the same characteristics and pace of previous Marvel films like Iron Man, Thor, or Captain America.

Without giving too much away, Venom is an alien from another world, called a “symbiote.” The symbiotes cannot survive in an oxygen-rich environment without a host body. Like an organ donor, the symbiote and host have to be a perfect match or the symbiote will begin to eat the internal organs of the host.

Venom is a very interesting character because he is most definitely not heroic. He is ultimately self-serving and only does good if it suits his needs. He is a complicated character because his psyche can change depending on the host to whom he is bonded. For example, when he inhabits Peter Parker, he is, more or less, a hero. When he inhabits a serial killer, he becomes Carnage and is phenomenally villainous.

The protagonist is investigative reporter Eddie Brock. He is a principled and fast-talking New Yorker living in San Francisco, where the movie is set. Through a turn of events, the symbiote Venom attaches himself to Eddie Brock and the two become one. Eddie, however, learns that he is most definitely not in full control of his body anymore. And he learns that his new guest is incredibly violent and hungry (for living flesh, tater tots, and chocolate).

Overall, this movie is very enjoyable, but it is certainly not an appropriate movie for young children. It is rated PG-13 for a reason. There is some explicit language throughout the movie that goes a step beyond any of the Marvel movies. There is also a decent amount of violence. Many reviewers believe that a Venom movie should have been more violent (there was little to no blood and gore in this movie) to suit the comic book origins of the character. Nonetheless, the movie would be fine for those in high school and beyond. If you like science fiction, you will enjoy this movie. It’s not perfect, but it is worth watching.

The movie review site Rotten Tomatoes is telling of my own thoughts. Critically speaking, the movie is not a masterpiece; thus, it has a 31%. It also diverges in several ways from the comic book origins. Those who just want to go and enjoy a movie, without caring too much about the comics, scored the movie at a fantastic 89%. I am in this latter camp. I liked the movie and would recommend watching it, if you like science fiction, thrillers, or superhero type movies.

There are some fascinating insights that we can glean from Venom. If you have not seen it yet, please stop reading now. SPOILERS AHEAD.

The antagonist of the movie is the tremendously wealthy founder and CEO of the Life Foundation, Carlton Drake. Drake seems to be a philanthropist and good person who is out to cure cancer and improve human life. It turns out that he is actually scouting the universe for other habitable worlds and discovers the symbiotes. His intentions are less than pure.

He very quickly begins human testing on pairing people with symbiotes which becomes deadly. In one interaction with a man named Isaac, Carlton Drake begins to recount the story in Genesis of Abraham being willing to sacrifice his son, who is also named Isaac. He claims that the sacrifice is not Abraham’s, it is Isaac’s. He is twisting Scripture to suit his needs and is convincing Isaac to be willing to sacrifice himself. This is problematic in and of itself, but he then proceeds to say that God has left us. He tells Isaac to observe the suffering, death, and poverty in the world, as proof. He then says, “I will not leave you.”

In this scene, it becomes clear that Carlton Drake is a type of Satan. He is subtly manipulating Scriptures to serve his own needs and then puts himself in the place of God. Later on in the movie, he also says that human beings were created poorly. His language reveals that he believes in the existence of God and rejects him. He is, therefore, the very definition of evil.

Drake is not interested in curing diseases of human beings. He wants to create a new species to replace human beings. He later bonds with another symbiote named Riot. Riot is intent on inviting millions of symbiotes to Earth to destroy mankind. Drake goes along with this plan and tries to accomplish it. The Life Foundation is a diabolical name, which seeks to end human life rather than promote and defend it. I can think of some real-life organizations with a similar setup…

Eddie Brock is a principled man who seeks to root out corruption through investigative journalism. However, he embodies an “ends justifies the means” sort of mindset. Early on in the movie, he learns damning information about Carlton Drake by snooping in his fiancé’s email. When he leaks this information, his fiancé loses her job and he loses his job. She promptly returns her engagement ring to him and dumps him.

I could not help but see in this the dangers of cohabitation. There is no real lasting commitment for a couple living together before marriage. If they were married and Eddie had done this, would his wife have left him for it? I do not know, but I do not think so. I believe that there is grace in marriage to overcome these sorts of things. Not to mention, the trust that hopefully exists between spouses is greater than that between a man and his fiancé. So, would Eddie have given in to this temptation if they were married? The vows of marriage mean something and that commitment is for life.

When Venom begins to inhabit Eddie, there is a non-cooperation on Eddie’s part which goes away as time goes on in the movie. Eventually, he becomes intrigued or intoxicated by the power Venom has. This symbiotic relationship is similar to our human relationships. If we associate with better people than ourselves, morally speaking, then we will be lifted up and they will be lowered to some degree. And if we associate with immoral people, we will be brought down to their level while we might help them become marginally better. Venom and Eddie have a similar situation. Eddie becomes willing to allow Venom to kill bad people, but Venom decides not to be genocidal.

There is a real danger with the symbiotic relationship, theologically speaking. God gives us free will and a conscience to help guide us. With Venom constantly telling Eddie what to do, there is no silence in his heart for him to listen to his conscience. In many ways, Eddie becomes the voice for good and Venom the voice for malevolence. There is no free human choice, because all of Eddie’s choices are in a tug-of-war with Venom. And more than that, the longing of Eddie’s heart, as all human beings, cannot be satisfied by power, but by God alone.

Now you may be thinking… yes, but symbiotes are not real. So, none of the last paragraph matters. However, how many times are we convinced, subtly or overtly, by our friends to do something we know is wrong? Even if the wrong we are doing is gossip, it is still wrong. Yet, we sometimes enable our friends or are enabled by our friends to sin in little ways here or there.

We have been given the gift of free will. No one, not even Satan, can take that away from us. We need to use our choices well, and no matter what might try to influence us, we need to stick to our principles. In the Catholic Faith, our principles are following the Way, Truth, and Life who is Jesus. By clinging to Christ, we can never let the ends justify the means. The journey matters as much as the destination.

Venom and Eddie, in their own way, are both self-serving. Eddie’s motives are more altruistic, whereas Venom’s are purely egotistical. However, both are serving their own cause, rather than God. We are not a Church of causes. We are the Church of Christ. The ends can never justify the means. We need to seek God and we need to do so by following His lead and clinging to Him in everything we do. 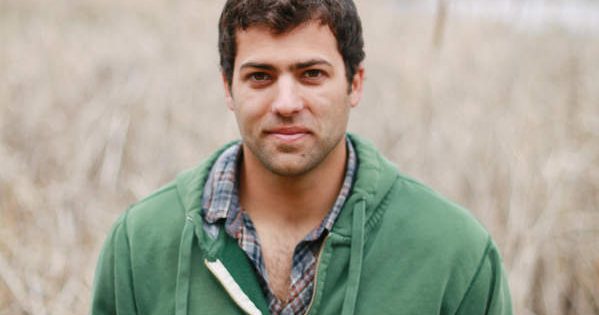 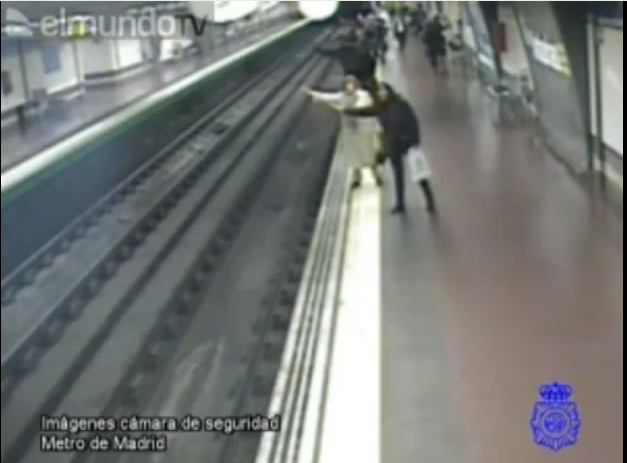 Powerful Footage of Everyday Heroes – Would You Risk Your Life to Save Another?

Catholic-link.com – Two videos of everyday heroes who risk their lives to save others. What would you do in these… 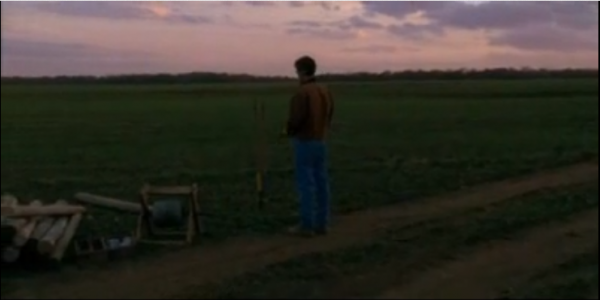 Catholic-link.com – This is a trailer of a great movie for talking about the meaning of our lives and the… 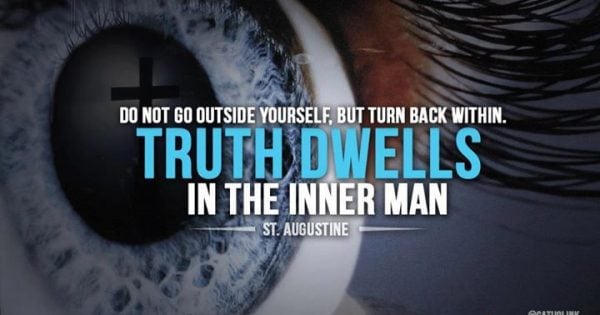 A 1-Minute Video Of St. Augustine Quotes To Live By

Check out this collection of some of our favorite St. Augustine quotes! Let this great Saint inspire you! Click the… 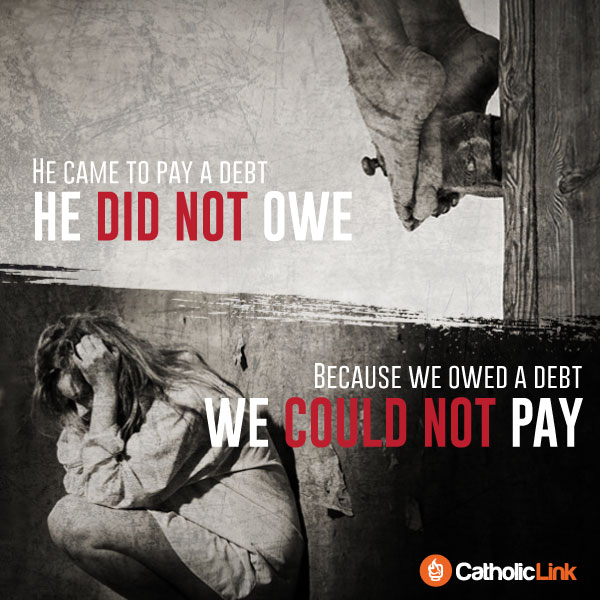 Jesus Came To Pay A Debt He Did Not Owe 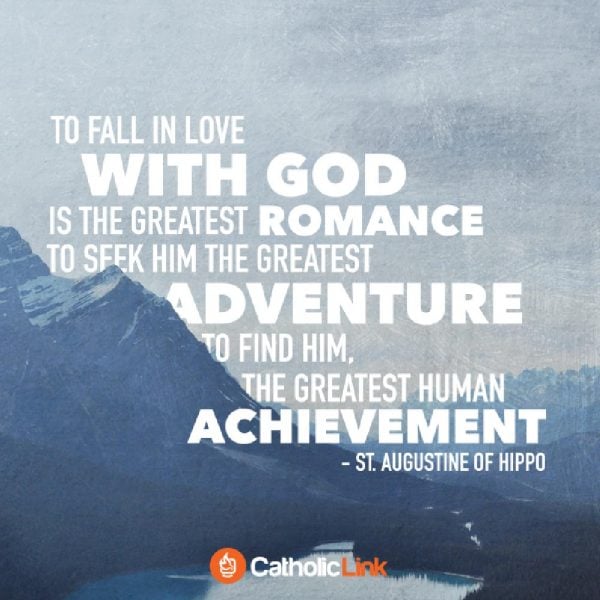 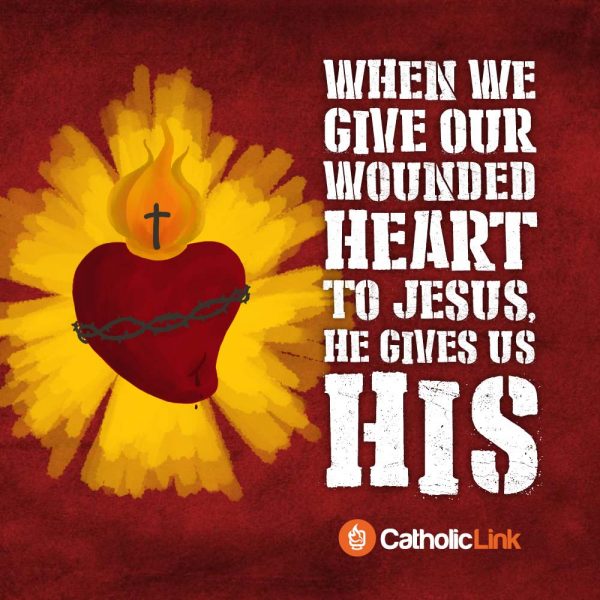 When We Give Our Wounded Heart To Jesus 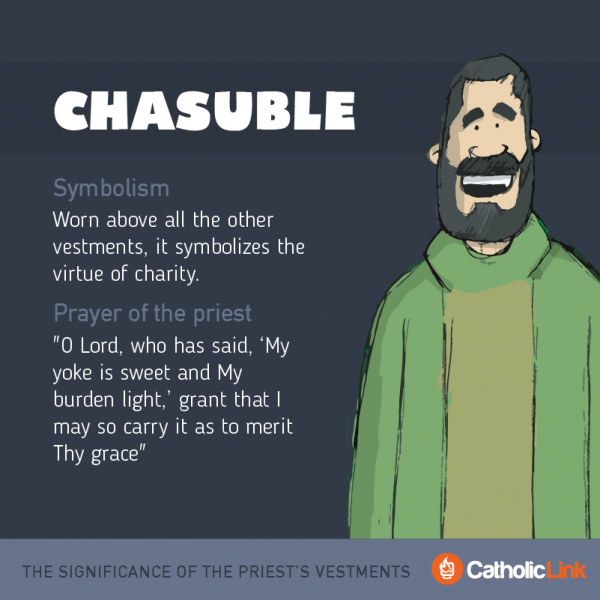 Only the Heart Can See What is Essential

It is only with the heart that one can see rightly. What is essential is invisible to the eye. –…

If you can lay your anxiety before your spiritual guide, or at least before some trusty and devout friend, you…