Are You Merely Glorifying Yourself When You Serve Others?

No matter how hard we try to build walls and barriers, it seems as if we’re never really able to close our front door. An unexpected guest or a mysterious visitor always seems to show up without permission. In the 2007 movie, The Visitor by Tom McCarthy, a professor reluctantly heads to New York in order to give a conference in place of a colleague. He discovers however that an immigrant couple is living in the apartment where he is supposed to stay. Meeting people who never back down from their desperate state will be the start of something that will help him abandon his own lethargy and begin to live again.

Meanwhile, in the comedy by Eric-Emmanuel Schmitt, an unknown and mysterious visitor suddenly appears in Freud’s house. The conversation that ensues, in an Austria still under annex by the German Reich, slowly reveals the identity of this unusual character.

These are metaphors of life, our lives that, fortunately for us, can never hide away in an idyllic isolation. Our lives are always interrupted by someone and, more often than not, it is precisely the intrusive visitor who pulls us out of life-threatening situations that we are slowly sinking into.

This passage from the Gospel presents Jesus as an unexpected guest who shakes us from our sickly slumber. Having left the Synagogue, Jesus immediately heads to the home of Peter’s mother-in-law. The Synagogue and the home are bound together in Jesus’ ministry: the spiritual life and the ordinary life are two things that cannot be pulled apart. What happens in the Synagogue, in the context of prayer and the Word, echoes immediately in everyday life. 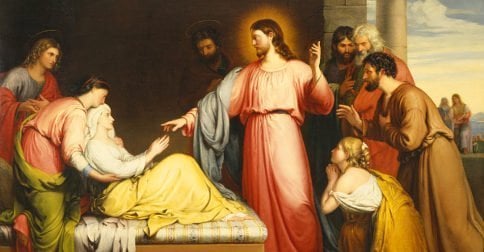 The fact that the Evangelist Mark seems to indicate that Jesus went directly to the house after leaving the Synagogue alludes to the unexpected nature of His visit: Jesus goes into a home that is not ready to receive Him. As often happens when the mother of the family is sick in bed, the life of the house is dimmed, housework accumulates, the light that shines through the window reveals the dust accumulating on the countertop. Jesus enters into a house that is more or less in these conditions, conditions in which probably none of us would like to be seen by Jesus.

Who knows how many insults that woman might have directed at her inelegant son-in-law for bringing this important man to her house at the worst moment possible. Perhaps we too would only wish that Jesus enter into our homes after Spring cleaning, but He, almost sarcastically, comes when we least expect him!

While we hide in our shame, Jesus comes near; He is not scandalized nor ashamed of coming into the midst of our illness: “He approached, grasped her hand, and helped her up.” Jesus approaches our story too, and helps us to our feet. He makes us rise again from life-threatening situations. He takes us by the very hand with which, like Eve, we had reached for the fruit of sin, the hand we are ashamed to show Him.

The sign of healing is service. One way to know that God has truly touched our lives is by examining how open we are to new guests that appear at the door of our lives. Peter’s mother-in-law’s house suddenly has “the whole town” at its door! It is a hyperbole as if to say that the house that first was lifeless, now, after Jesus has come, becomes the place were all those who suffer are now welcome. When the grace of God touches us, we too find new energy that we did not think we had which we can put to the service of others.

In the end, Simon has earned some points in the eyes of his mother-in-law, as she has surely changed her mind about him. It would be reasonable to think that Simon wished to take advantage of this and so he asks Jesus to stay. Perhaps Simon has also thought his mother-in-law’s house, now that she is better, could become the headquarters for Jesus’ disciples! But little by little, Simon must come to accept the idea that Jesus will not be manipulated. Jesus does not seek success and He asks His disciples to do the same.

When no one is looking, Jesus goes off to a deserted place so that He can be alone in the relationship that was most important to Him, that of his Father. Goodness requires discretion, not advertising. When Jesus catches the first glimpse of human glory, He goes in the other direction and seeks another place. He disappoints Simon’s expectations and our own as well, for perhaps what we were looking for by following Jesus was simply a little security.

Though we’re only in the first chapter of the Gospel of Mark, Simon is already tired. Wanting a little stability, he wants to stay put. Jesus, on the other hand, always looks beyond and asks His disciples to set aside any personal gratification and to focus on the mission at hand. It’s not unusual to see, in our parish communities or other groups, how service can become just an occasion we use to distract ourselves from our own frustrations or limitations.

We have a long way to go before we can truly understand the meaning of service so as not to convert our little efforts into instruments of personal glorification. And, more often than not, Jesus will come and completely change the plans for what we thought we were building.


On leaving the synagogue Jesus entered the house of Simon and Andrew with James and John. Simon’s mother-in-law lay sick with a fever. They immediately told him about her. He approached, grasped her hand, and helped her up. Then the fever left her and she waited on them.

When it was evening, after sunset, they brought to him all who were ill or possessed by demons. The whole town was gathered at the door. He cured many who were sick with various diseases, and he drove out many demons, not permitting them to speak because they knew him.

Rising very early before dawn, he left and went off to a deserted place, where he prayed. Simon and those who were with him pursued him and on finding him said, “Everyone is looking for you.” He told them, “Let us go on to the nearby villages that I may preach there also. For this purpose have I come.” So he went into their synagogues, preaching and driving out demons throughout the whole of Galilee. 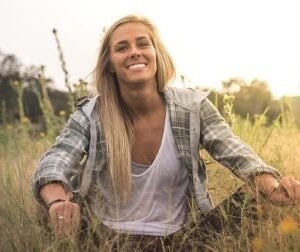 4 Key Components Of A Good Daily Routine For Holiness 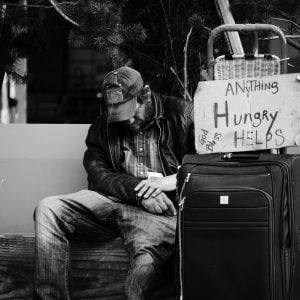 How To Serve God Well According To St. Katharine Drexel 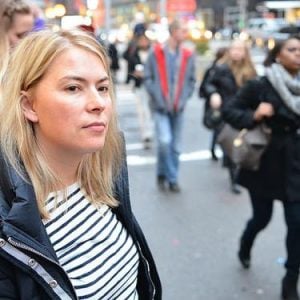 How to “Go in Peace, Glorifying the Lord by your Life” 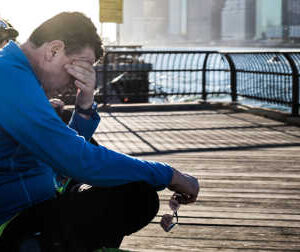 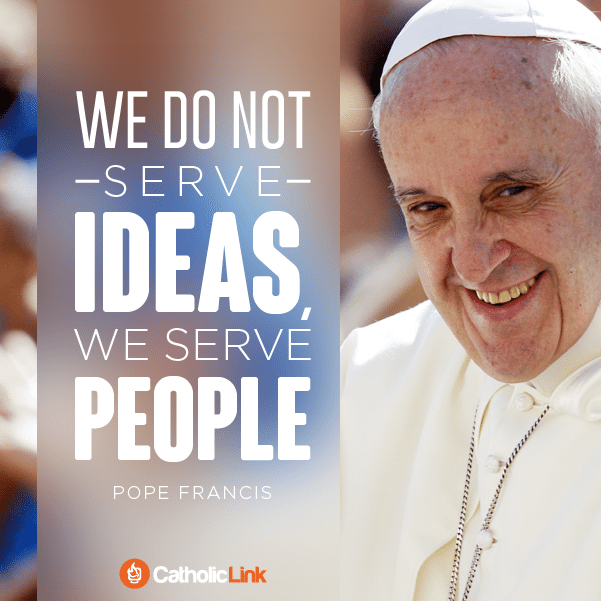 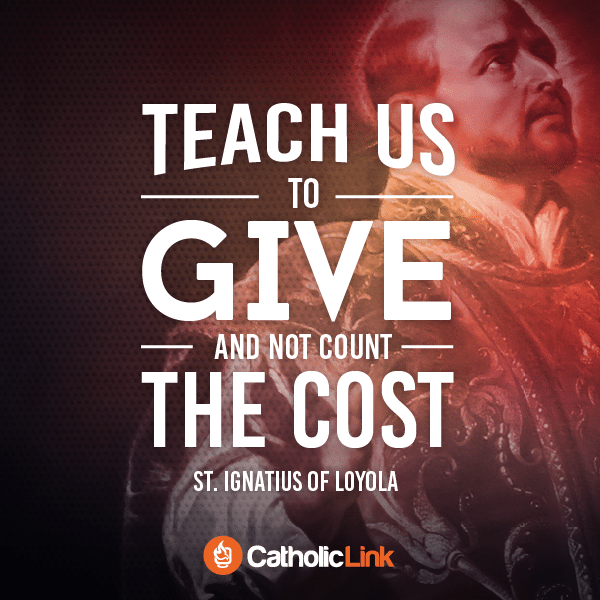 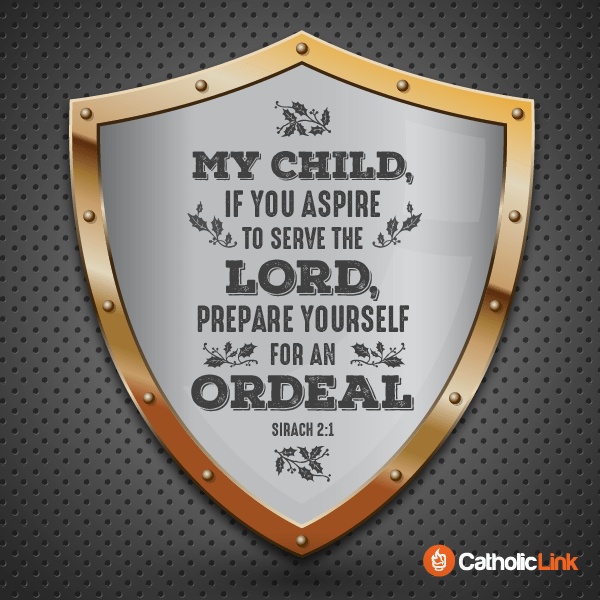 If You Aspire To Serve The Lord, Prepare Yourself For An Ordeal | Sirach 2:1 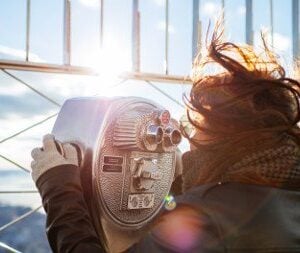