Home » Harmony » Celebrating St. Cecilia: How Music “Speaks” To Us Through Rhythm, Harmony, And Melody

Since St. Cecilia sang in her heart to her heavenly Bridegroom at her earthly wedding feast, artful imaginings of her usually place a harp in her hands. Because of this, she became closely associated with music and is the beloved patroness of Catholic musicians. However, the harp she holds may seem like a mild instrument of influence when we compare it to, say, St. Teresa’s pen or St. Michael’s sword.

I’d like to argue, however, on this year’s feast of St. Cecilia, that the harp is far mightier than we might imagine. The power of music may even be essential to the salvation of souls! How? It is because music plays an essential role in the Mass. Music can assist our souls in recognizing and relating to Christ truly present. Tragically, it can also make the reality of His presence harder to perceive.

Therefore, understanding how music functions to do either of these things is critical to every Catholic who participates in the liturgy. We know that across time and across cultures, music demonstrates a uniquely powerful influence over our bodies, our emotions, and our minds. In fact, it possesses mechanisms for influence over each of those facets of our humanity through its own three components—rhythm, harmony, and melody.

The next component, harmony, can convey emotional meaning very powerfully. If we keep the rhythm and melody of a bit of music the same but alter the harmony, its emotional message is immediately impacted. When seated at a piano, I can make Old McDonald’s farm seem a tragic and foreboding place by changing a normally major key to minor. By making the same change in reverse, I can make Darth Vader’s entrance music cheerful and catchy.

Finally, among the three components, melody appeals primarily to our intellects. Melody immediately implies pattern, and our minds leap, almost unbidden, at the game of predicting what’s next, of constructing reasonable possibilities, and of seeking resolution and completion. The impact of melody on our minds is so noted that researchers have coined the term “the Mozart effect” to describe the influence that exposure to complex, well-constructed melody has on the intellectual development of children and the performance of adults in tasks of math and reasoning.

So, through rhythm, harmony, and melody, music “speaks” to us. Critically, the musical message that comes about from these components is entirely separate from any text that might then be applied. We are all deeply influenced by the messages we receive musically, though perhaps we don’t take the time to sort out why.

Nevertheless, music is a language, and that language has terms for physical, emotional, and intellectual meaning. To misuse those terms is to contradict the meaning of the text. Whether it is intentional or not, such a conflict creates an experience in the listener akin to a lie. It is the same as if I were to say yes with my words while winking an eye and visibly crossing my fingers, thus using my body language to say no.

While a mismatch of music and message might generally just make for unsuccessful or ironic art or advertising, in the context of the Mass, the lie becomes dangerous on a scale of eternal consequence. If our music unintentionally conveys messages contrary to the sacred texts of the Mass, it becomes hard for our minds to resolve the dissonance. If musical meaning is not considered, or is considered only for the value of entertainment or distraction, one of the two conflicting messages must be disregarded. Tragically, what is disregarded is often the sacred truths contained in the texts.

The responses of the Mass, the parts that are sung in union with the very angels themselves (Luke 2:14; Isaiah 6:3) as the veil of time is ripped away and we stand in awe of Christ’s very literal gift of self, are not there for our distraction. The musical responses are the almost-incomprehensible opportunity for us to participate in the event of greatest cosmic significance that has ever occurred—Christ’s sacrifice—as He Himself becomes truly and physically present on the altar. Let us turn to the power of St. Cecilia’s harp to help us comprehend this with our whole selves!

Music And Meaning In The Mass

About The Author: AnnaMaria Cardinalli is an American military investigator, classical guitarist, and operatic contralto. The above is a modified excerpt from Music and Meaning in the Mass, available from Sophia Institute Press. 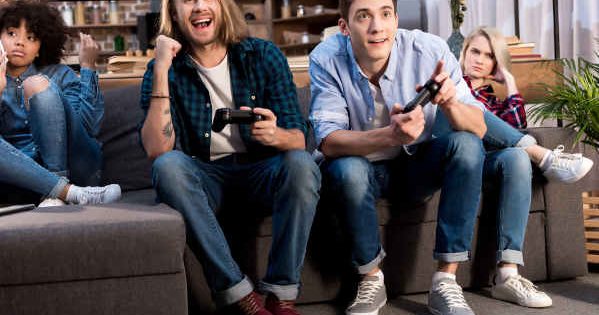 Pete Burak, director of i.d.916 gives a quick rundown of some creative ideas for young adults to think about giving up… 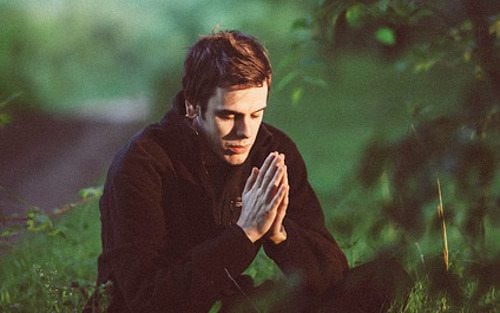 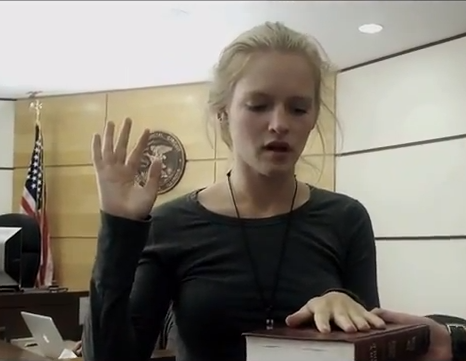 This video expresses an all too overlooked truth, that just because someone claims to be Catholic it does not mean… 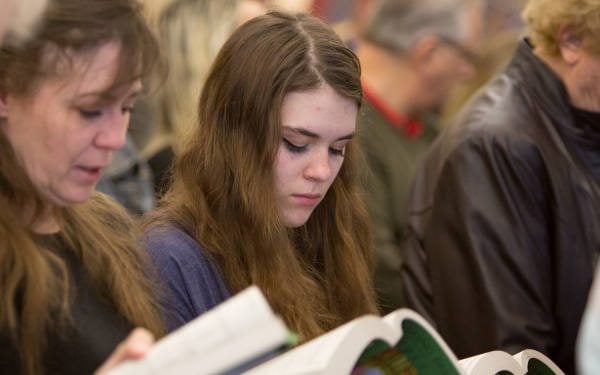 Sometimes the choir sounds so beautiful at Mass that it’s tempting to not join in singing. You’re inclined to just sit… 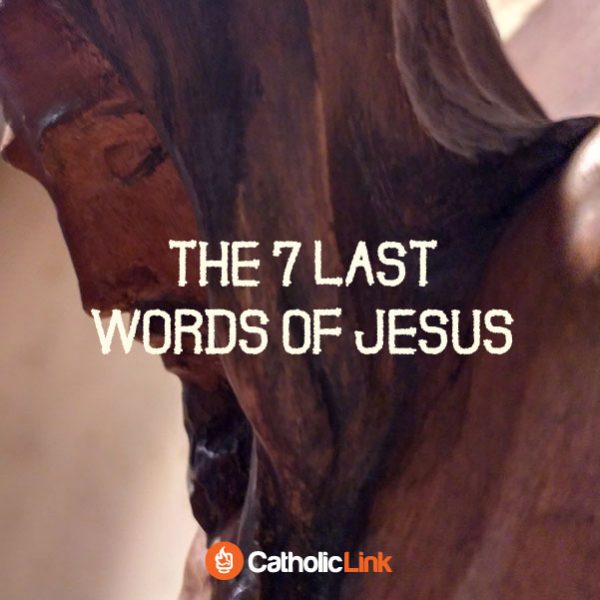 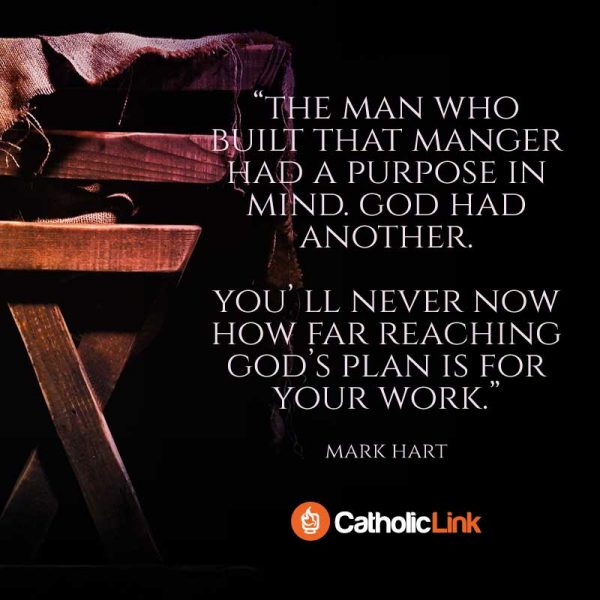 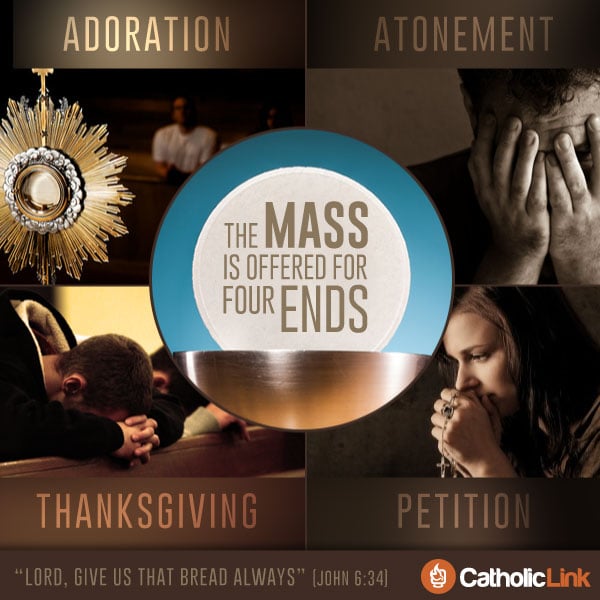 You Get Out of Mass What You Put Into It

The Real Commitment of Advent: Not Expensive Gifts, But Joy

We cannot keep solely for ourselves this joy that we have received; joy must always be shared. Joy must be…