by Will WrightFaith & Life, Saints

Catherine was born March 25, 1347 and died on April 29, 1380. Catherine was the 23rd child of Jacopo and Lapa Benincasa and was from Siena, Italy. From an early age, she made a lot of time for prayer and meditation and at the age of 18, she became a lay Dominican or a Third Order Dominican. For three years, she spent a great deal of time alone, in prayer, and with very little in terms of the pleasures of life. She was well known for her holiness and people would gather around her to ask for her input on various matters.

During her time, the Great Western Schism broke out. At this time, 1378, there were two, and at one point three, different popes claiming the papacy for themselves. This was not a cut and dry issue. In fact, there are canonized saints on all three sides of the divide. Catherine of Siena personally spent her last two years pleading for the cause of Pope Urban VI and unity within the Church. She offered herself in prayer and sacrifice for the good of the Church. She died in 1380 and was canonized in 1461.

Though she was not a nun, Catherine devoted her entire life to the Church, taking a vow of virginity. She was completely dedicated to prayer, penance, and works charity.

She would spend much of her days caring for the poor, even for those dying of the Plague. There was one woman in particular who was nasty to Catherine. This woman could do very little for herself and Catherine served her diligently without complaint. How many of us could handle such verbal abuse and still selflessly serve?

From 1305 – 1314 with Pope Clement V and then from 1370 – 1378 with Pope Gregory XI, the Bishop of Rome lived in Avignon, France. This has come to be called the Avignon Papacy. St. Catherine of Siena is famously key to the Pope returning to Rome.

“When the fame of her holiness spread, she became the protagonist of an intense activity of spiritual guidance for people from every walk of life: nobles and politicians, artists and ordinary people, consecrated men and women and religious, including Pope Gregory XI who was living at Avignon in that period and whom she energetically and effectively urged to return to Rome.”

St. Catherine of Siena is well known as a mystic. She was said to have a mystical marriage with Jesus Christ. In a vision, she saw Jesus give a her a beautiful ring saying, “I, your Creator and Saviour, espouse you in the faith, that you will keep ever pure until you celebrate your eternal nuptials with me in Heaven.”

For Catherine of Siena, Christ was truly the center of everything, just as he ought to be for us. St. Catherine spoke beautifully of the Holy Eucharist saying, “Dear brothers and sisters, the Eucharist is an extraordinary gift of love that God continually renews to nourish our journey of faith, to strengthen our hope and to inflame our charity, to make us more and more like him.”

St. Catherine of Siena saw Christ as a bridge between Heaven and Earth with three great stairways: the feet, the side, and the mouth of Jesus. These three are interpreted by her as: detachment from sin, the practice of the virtues, and of love, sweet and loving union with God.

Doctor of the Church

Catherine was declared a Doctor of the Church for her holiness and depth of teaching by Pope St. Paul VI in 1970. This venerable saint and mystic can be difficult for the beginner to read, especially her Dialogues, which she dictated while in ecstasy, according to tradition. However, her letters are very simple, humble, and strong.

St. Catherine of Siena, pray for us.

More Resources On The Women Doctors Of The Church 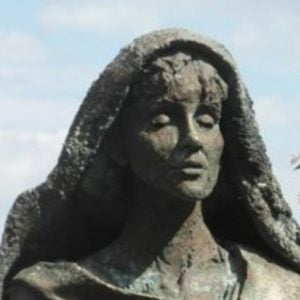 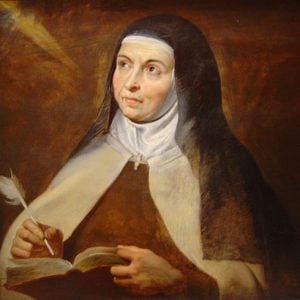 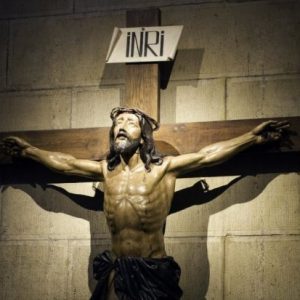