This time of year, throughout the holiday season, we tend to hear a lot about the importance of being thankful.  Some of us may ask, though, what about those moments or seasons in life when we just don’t feel like we have anything to be grateful for?

Often our trials can make it extremely difficult and even painful to “be thankful in all circumstances” (1 Thessalonians 5:18).  The cliches that people offer to us – “It’s all part of God’s plan,” “This too shall pass,” and  “God never gives you more than you can handle…” may be true, but they often don’t help to make things any easier.  In times of suffering and trial, we look to those who have walked that path before and hope to learn from their wisdom.

Today we offer advice from Saints who not only managed to persevere in adversity, but who also grew in holiness because of the trials they faced.  Take a moment to reflect on these 10 Saint quotes on suffering and glean from the wisdom of those who faced great suffering.

Which Saint do you most identify with?

1.) St. Teresa Benedicta of the Cross (Edith Stein) was born into a Jewish family in 1892.  She converted to Catholicism and was in great danger living in Nazi Germany.  She was taken to a concentration camp and died in the gas chambers at Auschwitz in 1942.

Whatever did not fit in with my plan did lie within the plan of God. I have an ever deeper and firmer belief that nothing is merely an accident when seen in the light of God, that my whole life down to the smallest details has been marked out for me in the plan of Divine Providence and has a completely coherent meaning in God’s all-seeing eyes. And so I am beginning to rejoice in the light of glory wherein this meaning will be unveiled to me. ~ St. Edith Stein

2.) St. John of the Cross grew up in poverty, often going hungry.  It was out of this poverty that he learned to find joy in God alone rather than in material things.  He went on to join the Carmelite order, but was persecuted because of his desire to reform the ministry.  His own order kidnapped him, locked him in a cell and severely beat him three times a week.  St. John wrote of the “dark night of the soul” which is a time of spiritual dryness that can be very painful for those who wish to be near to God.

“What more do you want, o soul! And what else do you search for outside, when within yourself you possess your riches, delights, satisfaction and kingdom — your beloved whom you desire and seek? Desire him there, adore him there. Do not go in pursuit of him outside yourself. You will only become distracted and you won’t find him, or enjoy him more than by seeking him within you.” ~ St. John of the Cross

3.) St. Therese de Lisieux lost her mother at the age of four.  She was well cared for by her sisters and her father, but shortly after she entered the convent her father suffered mental illness and was taken to an asylum.  She suffered greatly not being able to visit him.  One of her greatest trials came when she was asked to remain a novice due to fear that her family was taking over the Carmelite order.  Therese would never be able to be a fully professed nun and was required to ask permission for everything that she did.  She, like St. John of the Cross, also experienced “the dark night of the soul”. This time in her spiritual life was extremely difficult for her to face and caused her great anguish. St. Therese suffered from tuberculosis and died at the age of 24.

For me, prayer is an aspiration of the heart, it is a simple glance directed to heaven, it is a cry of gratitude and love in the midst of trial as well as joy; finally it is something great, supernatural, which expands my soul and unites me to Jesus. ~ Thérèse de Lisieux

4.)  St. Josemaria Escriva learned the meaning of suffering and sacrifice at a young age due to the death of his three younger sisters and his father’s business going bankrupt.  It was through these trials and difficulties that he came to know God.

“God is very pleased with those who recognize his goodness by reciting the Te Deum in thanksgiving whenever something out of the ordinary happens, without caring whether it may have been good or bad, as the world reckons these things. Because everything comes from the hands of our Father: so though the blow of the chisel may hurt our flesh, it is a sign of Love, as he smooths off our rough edges and brings us closer to perfection.”  ~ St. Josemaria Escriva “The Forge,” 609

5.)  St. Gianna Molla was told by doctors that she could choose to save her own life or the life of her unborn child.  St. Gianna made it clear that she wanted her child to live.  She died 7 days after giving birth to her fourth child.

The secret of happiness is to live moment by moment and to thank God for all that He, in His goodness, sends to us day after day. ~ St. Gianna

6.) St. Faustina suffered from physical illness as well as “the dark night of the soul” in her spiritual life.  Perhaps what was most difficult to suffer was the the ridicule, persecution, and criticism from those in her order who thought that she was faking her illness and visions from Christ.

“In order to purify a soul, Jesus uses whatever instruments he likes. My soul underwent a complete abandonment on the part of creatures; often my best intentions were misinterpreted by the sisters, a type of suffering which is most painful; but God allows it, and we must accept it because in this way we become more like Jesus.” – St. Faustina

7.) St. Maximilian Kolbe suffered torture in a Nazi Concentration Camp.  Father Kolbe offered himself to die in place of a young husband and father.  He endured starvation, thirst, abuse and neglect before he died.

For Jesus Christ I am prepared to suffer still more.  And let us not forget that Jesus not only suffered, but also rose in glory; so, too, we go to the glory of the Resurrection by way of suffering and the Cross. ~ St. Maximilian Kolbe

8.) Blessed Chiara Luce was diagnosed with osteogenic carcinoma  (a painful bone cancer) at the age of 16.  She battled the disease for 2 years with joy before dying in 1990.  She has been an inspiration to many youth because of her endurance and willingness to serve God in spite of her chronic pain.

“I suffered a lot but my soul was singing!” ~ Blessed Chiara Luce

9.) St. Agatha was very beautiful and suffered because of it.  She faced sexual assault and torture because she would not deny her faith or compromise on her moral values.

“Jesus Christ, Lord of all things! You see my heart, you know my desires. Possess all that I am—you alone. I am your sheep; make me worthy to overcome the devil.” And in prison: “Lord, my creator, you have protected me since I was in the cradle. You have taken me from the love of the world and given me patience to suffer. Now receive my spirit.” ~ St. Agatha

10.) Pope St. John Paul II knew the pain and sorrow of losing those you love most.  He lost his mother when he was in 3rd grade and by the time he was 20 years old both his brother and father also died.  He was left with no immediate family members.  Many of us can recall the joy and zeal that this great Saint lived his life in spite of the trials he had faced.

“To suffer means to become particularly susceptible, particularly open to the working of the salvific powers of God, offered to humanity in Christ. In him God has confirmed his desire to act especially through suffering, which is man’s weakness and emptying of self, and he wishes to make his power known precisely in this weakness and emptying of self.” –  St. John Paul II

Upon reading the stories of the lives of these great Saints we might wonder how they were able to find joy and gratitude in the midst of their struggles.  Battling painful illnesses and death, loss of loved ones, ridicule from those they love, persecution from their peers, and spiritual dryness in prayer are some of the most agonizing and painful things that we face in this life. Yet, they were able use these trials to grow in their love and devotion to the Lord.   If you are in a season of life that makes it difficult to be thankful, we urge you to find hope in God.  Don’t let your circumstances define you.  Cling to the cross and the victory of Heaven, find solace in scripture, and pray using the Rosary to help you find the words your heart needs to say.  Be assured that you are in our prayers as well.  May the Lord bless you and strengthen you. 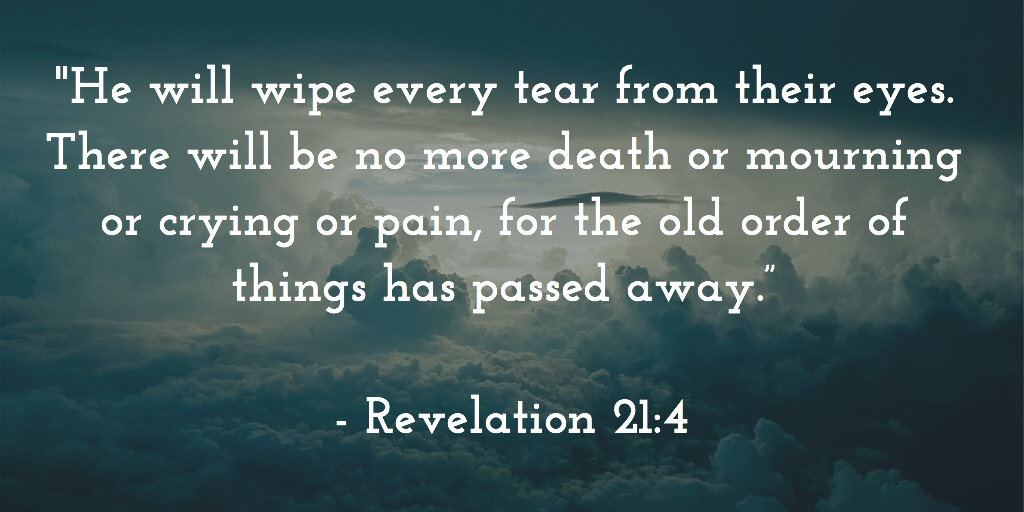