This week on the podcast we talk about pondering the Trinity. How it is so difficult to teach the mystery of the Trinity because all examples that we try to use fail. Trying to describe the Trinity is the easiest way to accidentally stray into heresy.

We accept by faith and ponder the mystery, and allow it to inform and inspire us. In the first reading we talk about how Christ has created wisdom, and how in the mystery and wonder of creation He delights in us. Even in our brokenness. God sees that we are searching for Him even if we are looking in the wrong places.

In the second reading, we discussed the Theological Virtues of Faith Hope and Love, and how it is a continual process. Suffering creates endurance, this process helps us understand the hope and can finally see the Love that the Holy Spirit has poured into our lives. In the gospel section we discuss how the Holy Spirit informs our hearts and minds, we are not alone in the Church.

The Solemnity of the Most Holy Trinity
Lectionary: 166

Thus says the wisdom of God:
“The LORD possessed me, the beginning of his ways,
the forerunner of his prodigies of long ago;
from of old I was poured forth,
at the first, before the earth.
When there were no depths I was brought forth,
when there were no fountains or springs of water;
before the mountains were settled into place,
before the hills, I was brought forth;
while as yet the earth and fields were not made,
nor the first clods of the world.”When the Lord established the heavens I was there,
when he marked out the vault over the face of the deep;
when he made firm the skies above,
when he fixed fast the foundations of the earth;
when he set for the sea its limit,
so that the waters should not transgress his command;
then was I beside him as his craftsman,
and I was his delight day by day,
playing before him all the while,
playing on the surface of his earth;
and I found delight in the human race.”

Brothers and sisters:
Therefore, since we have been justified by faith,
we have peace with God through our Lord Jesus Christ,
through whom we have gained access by faith
to this grace in which we stand,
and we boast in hope of the glory of God.
Not only that, but we even boast of our afflictions,
knowing that affliction produces endurance,
and endurance, proven character,
and proven character, hope,
and hope does not disappoint,
because the love of God has been poured out into our hearts
through the Holy Spirit that has been given to us. 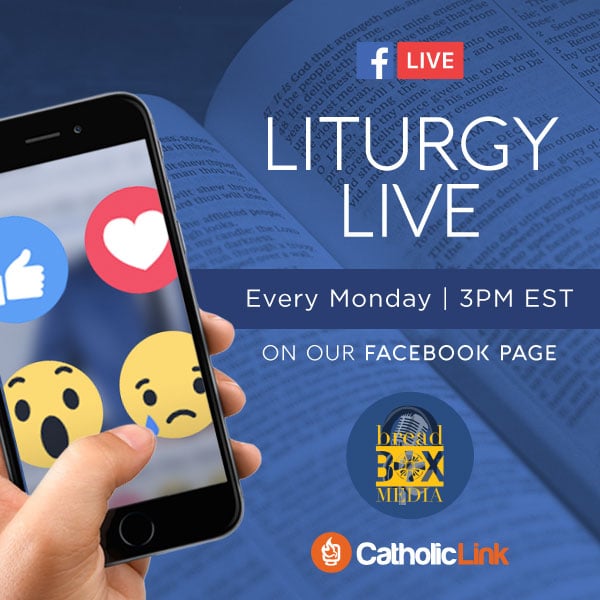 The Lord Our Justice | Liturgy Live 1st Sunday in Advent 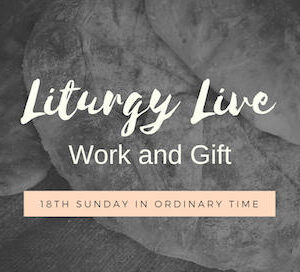