Every action has consequences.

It’s not always a matter of weighing the pros and cons because some choices we consider have a con that should alert us to not look further into the pros. Yet, we still do, trying to justify our actions, our choices.

Here in this video produced by https://facesofchoice.org/ in which we see real faces of people who were considered unhuman, unworthy, and merely a choice, despite the fact that every person starts life the same way.

If there is a choice involved when it comes to pregnancy, that tells us that there is in fact a person’s life in the balance. How? People wouldn’t be saying that they can’t have a baby if there was no baby to consider.

Those babies grow up to become adults. In this video, these people are a very blessed few that survived various methods of abortion and have a voice to say: “Look me in the eye and tell me that I shouldn’t exist… that my very survival was a mistake… that in my most vulnerable state I was nothing more than a parasite… worthless… just a collection of body parts…”

This is in no way meant to be an attack on their mothers who found themselves in such a desperate position to seek abortion. It is a call to remember that when anyone presents abortion as an option, it is ignoring the con that overrides all pros—it ends the life of that unborn person. Period.

If that person were to survive an attempted abortion, he or she would grow up to be someone in this video. That is a consequence that cannot be overlooked.

It could’ve been you.

At one point or another in our lives, we have all felt sub-par, so I’m asking you right now to look yourself in the mirror and tell yourself that you are fully human, fully a person, dignified and designed with purpose from the moment you were conceived until your natural death.

I’m asking you to love yourself unconditionally–not because of circumstances or choices of others–so that you can in turn love others the same way and help them turn away from abortion, look these survivors in the eyes, and tell them that they were and are human persons.

1.      What do you think makes a person more or less human? A talent? A test? A genetic code? A circumstance? A salary? A political opinion?

2.      Many times people seek a physical issue, trying to be objective when defining what makes a person a person, but these things are fleeting. If material or circumstantial things can’t be reliable measures of human worth, what would you say would be? Happiness? Want? Acceptance?

3.      These things, too, are insufficient. There must be something more, that is confirmed in science and nature as its purest form. Perhaps the Greatest Scientist (God) knew what He was doing when He designed us (Jeremiah 1:5). Whether you are pro-life or not, what would make sense about upholding that our universal value as human persons from conception until natural death? 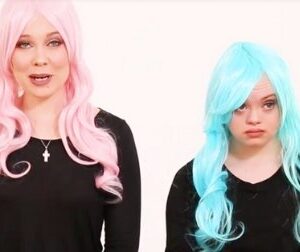 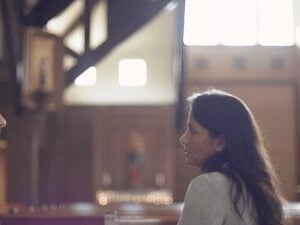