Gospel Reflection for the Feast of the Holy Family

Every one of us, to greater or lesser degree, feels the need to leave our mark on history. We wish our lives would never end; we fear falling into the oblivion of forgetfulness, of being forgotten. And we often project this fear onto our children: we give them our name as if to entrust them with the task of carrying our memory into the future.

This is part of the reason it can be so hard for us when our children don’t perfectly fulfill our desires. We are inevitably disappointed because a child is the perfect representation of our incapacity to control life.

Those who live the experience parenthood know this process well: little by little it becomes ever clearer that our children do not belong to us. And the denial of this natural separation creates problematic relationships of symbiosis that do not help anyone.

In modern families, these symbiotic relationships are more and more frequent. Children find themselves hostages of their parents but enter freely into this game. Differences dissolve and the parents’ illusion of being able to live vicariously through their children grows.

The readings for this Feast of the Holy Family help us to reflect on the moment in which one truly becomes a parent, that is when one is able to discover his or her child in places that had not been planned for them.

Abraham fears going without descendants, that is, to conclude his life without having given it a meaning. It is the fear of disappearing. The Word of God leads him back to the true source of procreation. God invites Abraham to look to the stars, that is, to turn his gaze to his desires, towards that which he most deeply longed for.

Sometimes life is left sterile because we have no true desires. Despite all of its ambiguity, having a child is an expression of a personal desire, but precisely for this reason, a child escapes our control (in the same way that our desires escape our control). As with a deep desire, we should be willing to follow a child wherever he or she leads us.

Thus a child is the most eloquent symbol of life as a gift, of this uncontrollable and fleeting life, this life that does not belong to us.

Mary and Joseph recognize, like every pious Israelite, that life belongs to God alone, and so they present themselves in the Temple in order to return life to its source. This is true love: acknowledging the gift and returning it, without withholding it. Mary and Joseph recognize that nothing belongs to them. They speak the truth of their story and the story of their infant son.

Mary will become a mother in the moment in which she comprehends the need of this separation: she is called mother only after having lost and found her son in the Temple while he is about the business of his Father. This is the beginning and the foretelling of the progressive separation that will be complete on the Cross.

The experiences of Abraham in the Old Testament and of Mary in the New teach us that you can only truly bring about life if you do not desire to possess it. There can be no generation without freedom and we can leave a mark on history only if we are willing to fade away.

The word of the LORD came to Abram in a vision, saying: “Fear not, Abram! I am your shield; I will make your reward very great.” But Abram said, “O Lord GOD, what good will your gifts be, if I keep on being childless and have as my heir the steward of my house, Eliezer?” Abram continued, “See, you have given me no offspring, and so one of my servants will be my heir.” Then the word of the LORD came to him: “No, that one shall not be your heir; your own issue shall be your heir.” The Lord took Abram outside and said, “Look up at the sky and count the stars, if you can. Just so,” he added, “shall your descendants be.” Abram put his faith in the LORD, who credited it to him as an act of righteousness.

The LORD took note of Sarah as he had said he would; he did for her as he had promised. Sarah became pregnant and bore Abraham a son in his old age, at the set time that God had stated. Abraham gave the name Isaac to this son of his whom Sarah bore him.

Now there was a man in Jerusalem whose name was Simeon. This man was righteous and devout,
awaiting the consolation of Israel, and the Holy Spirit was upon him. It had been revealed to him by the Holy Spirit that he should not see death before he had seen the Christ of the Lord. He came in the Spirit into the temple; and when the parents brought in the child Jesus to perform the custom of the law in regard to him, He took him into his arms and blessed God, saying: “Now, Master, you may let your servant go in peace, according to your word, for my eyes have seen your salvation, which you prepared in sight of all the peoples, a light for revelation to the Gentiles, and glory for your people Israel.” The child’s father and mother were amazed at what was said about him; and Simeon blessed them and said to Mary his mother,  “Behold, this child is destined  for the fall and rise of many in Israel,
and to be a sign that will be contradicted  —and you yourself a sword will pierce— so that the thoughts of many hearts may be revealed.”

There was also a prophetess, Anna, the daughter of Phanuel, of the tribe of Asher. She was advanced in years, having lived seven years with her husband after her marriage, and then as a widow until she was eighty-four. She never left the temple, but worshiped night and day with fasting and prayer. And coming forward at that very time, she gave thanks to God and spoke about the child to all who were awaiting the redemption of Jerusalem.

When they had fulfilled all the prescriptions of the law of the Lord, they returned to Galilee, to their own town of Nazareth. The child grew and became strong, filled with wisdom; and the favor of God was upon him. 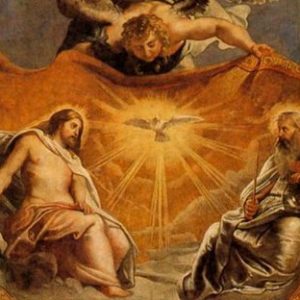 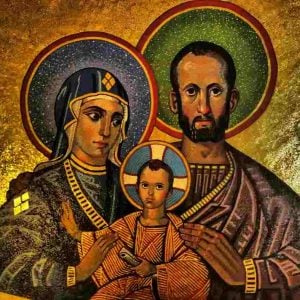 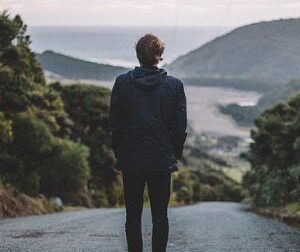 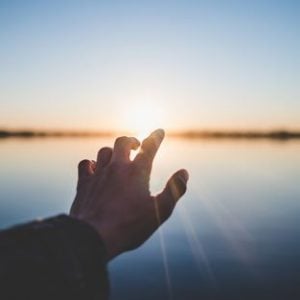 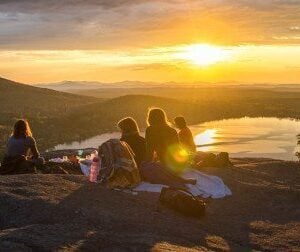