In Obscurity And In Humility: 7 Things You Should Know About The Curé of Ars (St. John Vianney)

by Winifred CorriganConsecrated Life, Feasts and Solemnities, History of the Church, Saints

The month of August is jam packed with feasts of spiritual powerhouses. August 4th – or 8th in the pre-1962 calendar – is the commemoration of St. John Vianney, also known as the Curé of Ars.

Born in 1786, the fourth of six children to devout Catholic parents in the region of Lyon, France – itself loaded with Catholic culture and history. Vianney’s early life coincided with the horrendous and anti-Catholic French Revolution, so he grew up attending clandestine Masses offered in private residences and on farms by priests in hiding. This heroic, defiant dedication made a profound impression on the faith of the young Vianney.

His education was piecemeal and interrupted due to the terrors of the Revolution. As such, by the time he finally entered formal schooling at age 20, he struggled with the rigors of Latin and other subjects (imagine how hard it would be to start learning formally at age 20!). And yet, he persevered in his call to the priesthood from such humble origins and irregular priestly formation, to become a lion of the faith a powerful patron to many in the Church, in his own lifetime up to today. 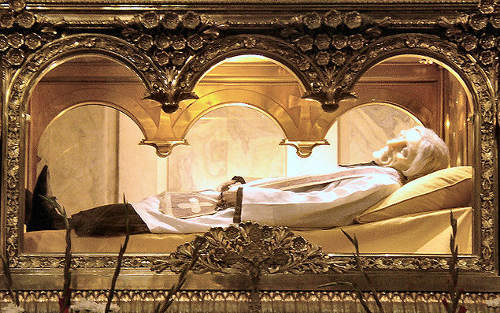 More facts and beautiful tidbits about the beloved Curé of Ars

1. In 1815, he was ordained to the priesthood as a sort of exception, having struggled to shine in his seminary / academic studies. His evident holiness superseded these weaknesses.

2. He is the patron saint of priests, as officially declared in 1929 by Pope Pius XI. His process of canonization formally began in 1874 when Pope Pius IX proclaimed him Venerable. In 1905, Pope Pius X declared him Blessed, and twenty years later he was canonized a Saint by Pope Pius XI in 1925.

4. He was a third order Franciscan, though a parish priest (i.e. not a part of a religious order).

5. A compliation of his sayings in video form:

6. He was beloved by popes:

Pope St. John XXIII issued a beautiful encyclical, Sacertotii Nostri Primordia, in 1959, on the subject of St. John Vianney, a tribute to his holiness. It includes themes such as his model priesthood, his heroic fasting, his gentleness with the flock, his  poverty, chastity and obedience, his care and solicitude for all the Sacraments, especially the Holy Eucharist in the Mass, and so much more.

In 1986, Pope St. John Paul II paid a visit to Ars for the bicentenary of Vianney’s birth, and proclaimed the Curé a “rare example of a pastor acutely aware of his responsibilities … and a sign of courage for those who today experience the grace of being called to the priesthood” (Wikipedia).

In 2009, Pope Benedict XVI issued two letters pertaining to the Curé of Ars; the first, “Address of His Holiness Benedict XVI to the Members of the Congregation for the Clergy on the Occasion of their Plenary Assembly,” on March 16th, 2009. In it, he said:

The priest’s mission, as the theme of the Plenary Assembly emphasizes, is carried out “in the Church”. This ecclesial, communal, hierarchical and doctrinal dimension is absolutely indispensable to every authentic mission and, alone guarantees its spiritual effectiveness. The four aspects mentioned must always be recognized as intimately connected: the mission is “ecclesial” because no one proclaims himself in the first person, but within and through his own humanity every priest must be well aware that he is bringing to the world Another, God himself. God is the only treasure which ultimately people desire to find in a priest. The mission is “communional” because it is carried out in a unity and communion that only secondly has also important aspects of social visibility. Moreover, these derive essentially from that divine intimacy in which the priest is called to be expert, so that he may be able to lead the souls entrusted to him humbly and trustingly to the same encounter with the Lord. Lastly, the “hierarchical” and “doctrinal” dimensions suggest reaffirming the importance of the ecclesiastical discipline (the term has a connection with “disciple”) and doctrinal training and not only theological, initial and continuing formation.

And three months later, on June 16, 2009, Benedict issued his letter “Proclaiming a Year for Priests on the 150th Anniversary of the “Dies Natalis of the Curé of Ars.” A quick excerpt:

He arrived in Ars, a village of 230 souls, warned by his Bishop beforehand that there he would find religious practice in a sorry state: “There is little love of God in that parish; you will be the one to put it there”. As a result, he was deeply aware that he needed to go there to embody Christ’s presence and to bear witness to his saving mercy: “[Lord,] grant me the conversion of my parish; I am willing to suffer whatever you wish, for my entire life!”: with this prayer he entered upon his mission.[7] The Curé devoted himself completely to his parish’s conversion, setting before all else the Christian education of the people in his care. Dear brother priests, let us ask the Lord Jesus for the grace to learn for ourselves something of the pastoral plan of Saint John Mary Vianney!

Let us pray to him today for his intercession for the world, the church, our priests and ourselves:

Good and holy St. John Vianney, we thank you for your beautiful example in life as an Alter Christus, having so meekly and lovingly given of yourself for your flock, proclaiming the Kingdom of God and living His mercy for the little ones under your care, reclaiming ground for Christ that had grown wild and forgetful after years of strife, political upheaval and religious persecution. Watch over us, little ones too, and take special care of our priests and seminarians, that through your prayers before God, they might come to follow your example and win countless souls for Christ in these, our own times of uncertainty.

St. John Vianney, Pray for us! 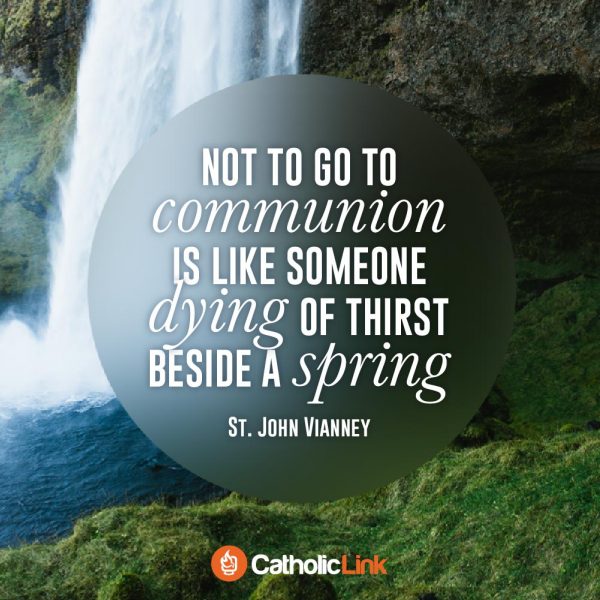 Not To Go To Communion | St. John Vianney 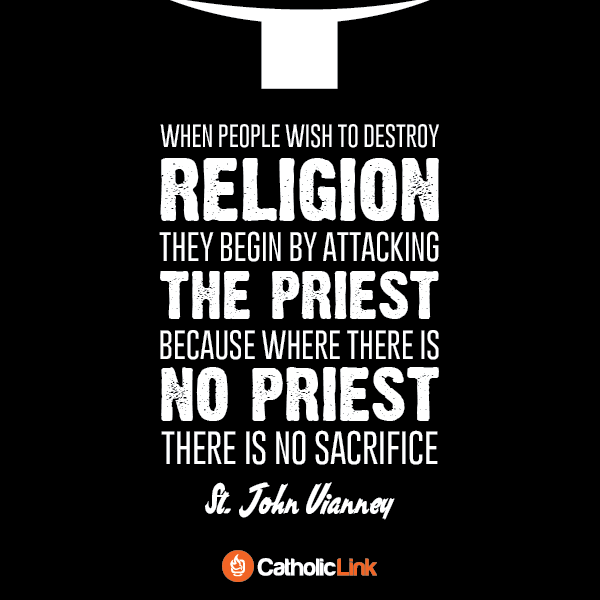 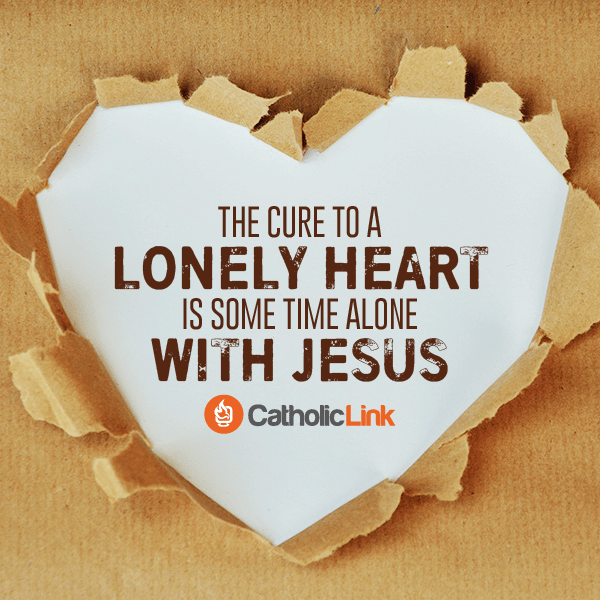 The Cure To A Lonely Heart 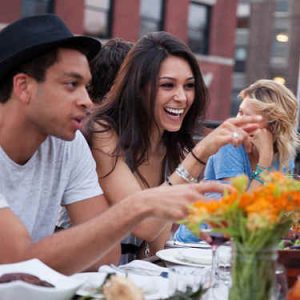 The Value Of Public Prayer According To St. John Vianney 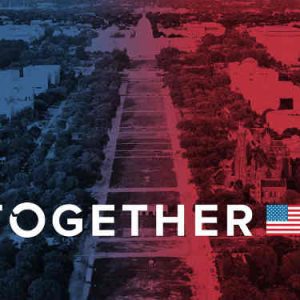 The Pope’s Cure For Restlessness 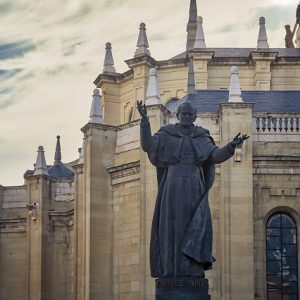 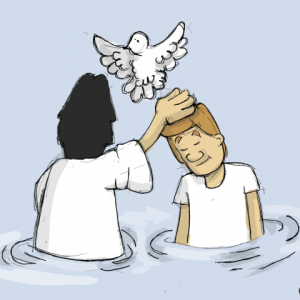