GLAAD – an LGBT advocacy organization – has released a media guide (“The Papal Visit: A journalist’s guide to reporting on Pope Francis and the LGBT community”) encouraging journalists to favor its narrative during Pope Francis’ visit to the United States beginning on the 23rd of September until the 27th. For more information on the organization take a look here.

In one sense, GLAAD’s hope of “presenting the story of LGBT Catholics and their loved ones” is positive in that, I believe, we can all agree that more attentive listening and dialogue is needed. That said, in accordance with Church teachings, this dialogue will always remain  on a level of methods, attitudes and how to transmit Christ’s message with greater faithfulness and generosity; it will not be founded on the intention of changing doctrine. For a faithful Catholic, there is no greater act of a love than the humble, self-sacrificing annunciation of Christ’s teaching, understood and lived within the embrace of the Holy Church.

Today’s post looks to simply raise awareness of the fact that there are many organizations such as GLAAD who are formidable in both their economic resources and in their media influence. Media guides such as these, which model the news coverage that takes place on an international level, have no intention of faithfully reporting the words of Pope Francis. As one critic put it, the group “seeks to redefine what the Church is… Journalists should understand that GLAAD is trying to make the Pope’s visit all about its extreme agenda, not what the Pope wants to discuss.” Thus, through the imposition of certain linguistic tools and the concentration of efforts, their intention is a clear as it is explicit: put pressure on the Catholic Church to change Her doctrine and, until that happens, silence by heaping scorn on any and all who are not willing to cede. 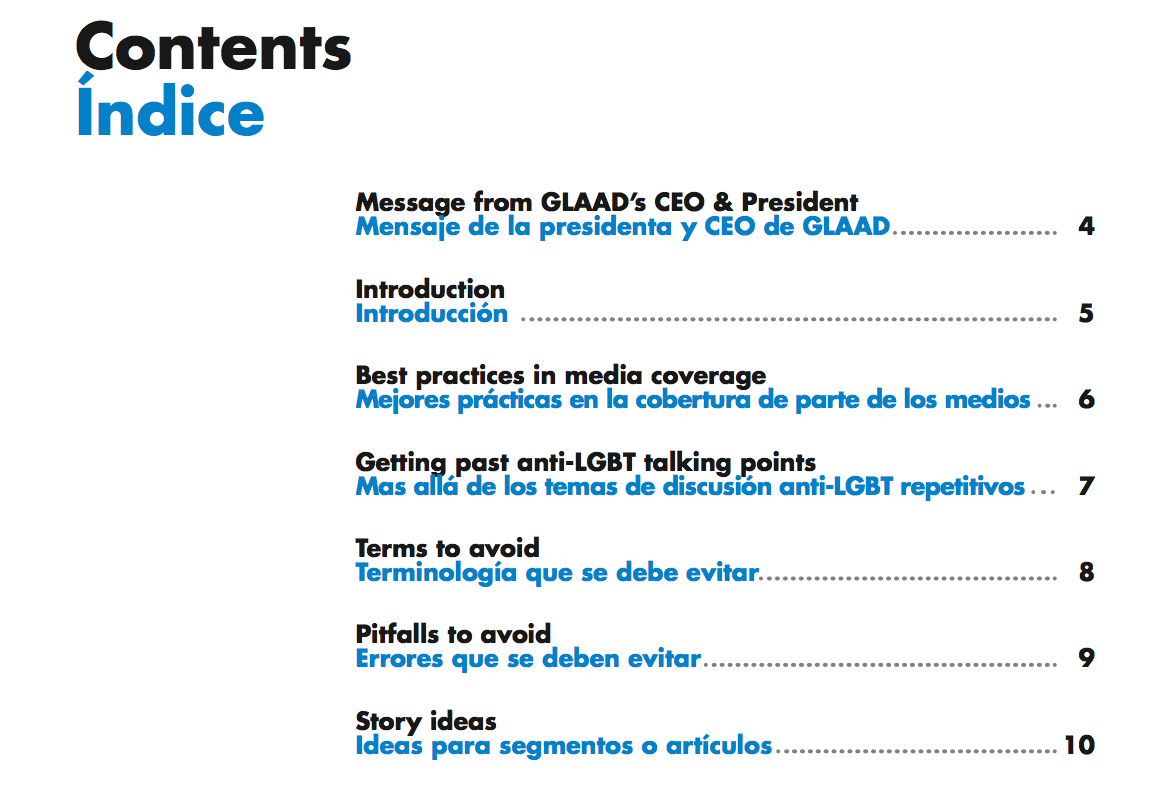 Before getting into the concrete points, it’s important to repeat that the Catholic Church is always open to dialogue with persons of homosexual orientation.  It is the Church’s belief (CCC 2358) that such persons ought to be welcomed, listened to and accompanied. This means that more than change doctrine, every Catholic is called to discern in what way the Holy Spirit is inviting them to accompany our fellow brothers and sisters in this situation and do everything possible to support and accompany them in their walk in faith.

In the case of GLAAD, however, the idea is not so much to dialogue or to better understand the respective positions of both sides, rather to filter and, if necessary, manipulate Pope Francis’ message in order to push their agenda. This post looks to be a simple “heads up”, an alert to be better prepared when reading or watching reports about the visit. It is, finally, an invitation/exhortation to always go to the source: Keep in mind these 8 tips on clarifying suspicious news about Pope Francis.

Below is our interpretation of the 5-step guide to separate the Church hierarchy from the laity and to distort Pope Francis’s message, based off GLADD’s new media guide on how to cover Pope Francis’ trip to the U.S. (**The phrases in bold our own, what follows are taken almost word for word from their guide.)

1. Goal: Make the hierarchy look out of touch with the rest of the Church.

How? Talk to LGBT people that have been fired from Catholic organizations for living or voicing views opposite to what the Catholic Church teaches – although this is legal, it creates a problem for Catholic hierarchy, who claim to respect the dignity of all people . Cover Vatican statements that have caused problems for LGBT people, and try to link LGBT to other causes important to the Church, link immigration, to show parallels. 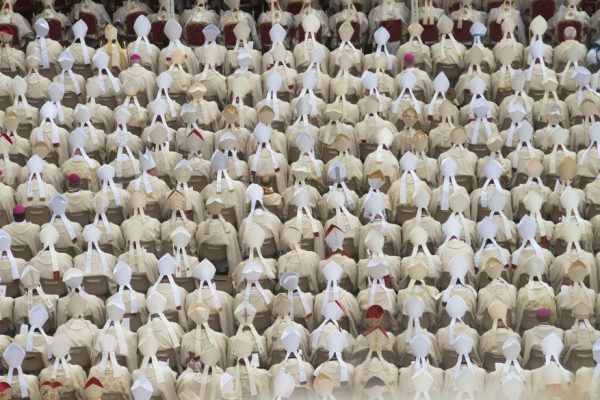 How? Point out paradox or contradictions between certain Church leaders that have espoused more open policies towards the LGBT’s views. Cite studies that teach that Church teaching and official diocesan ministries such as Courage are harmful. Do everything possible to affirm the existence of a lesbian, gay, or bisexual orientation, as well as the gender identity o transgender people (The Church denies the reality of sexual orientation or gender identity).

Ask questions like: If a young person is questioning their sexual orientation, would they feel safe opening up to others in the Church? What gifts to LGBT people bring to the Church?

4. Goal: Give the impression that an overwhelming majority of Catholic laity (in opposition to the Hierarchy) supports LGBT

How? Talk to LGBT people and tell their stories, and draw attention to how certain Catholics or religious communities have acceptance homosexual lifestyles. Catholic laity usually supports LGBT activities more than the hierarchy, so talk to them. Make LGBT members look sympathetic to other minorities, and never answer questions that imply LGBT acceptance is pushing back another group.

How? Come up with ideas for stories that put the LGBT and the Church on the same side, like: “LGBT allies in the Roman hierarchy” or “how the Catholic hierarchy plays a role in opposing the legalization of LGBT behaviors.” Say that the religious freedom movement behind anti-LGBT legislature is discrimination, and tell the stories of active LGBT individuals who want to fully participate in the Church, so that visibility of Catholics actively identifying as LGBT increases.

What Does Pope Francis say? 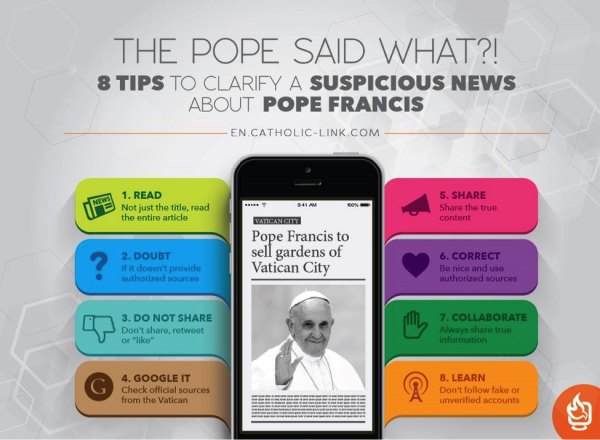 While many might tend to limit the Pope’s thoughts on the issue of homosexuality to his “Who am I to judge?” comment on the flight back from Rio de Janiero in 2013, as well as various rumors coming out of last year’s synod of bishops on the family that he is now opening the Church’s doors to persons with homosexual orientation, do we actually know what the Pope thinks?

Although no one can claim to know for sure what’s in the Pope’s mind, taking a look at some of his recent comments on the topic of marriage and the family could give us a clue as to where he stands before his trip to the United States:

“(Today) the family – as God wants it, composed of a man and a woman for the good of the spouses and also the generation and education of children – is deformed by powerful contrary projects supported by ideological colonization.” (Pope Francis to members of Equipes Notre Dame Sept. 10, 2015)

“Every threat to the family is a threat to society itself. The family is also threatened by growing efforts on the part of some to redefine the very institution of marriage, by relativism, by the culture of the ephemeral, by a lack of openness to life…God calls upon us to recognize the dangers threatening our own families and to protect them from harm…Be sanctuaries of respect for life, proclaiming the sacredness of every human life from conception to natural death.” (Pope Francis to families during his visit to the Philippines, January, 2015)

“The family is the foundation of co-existence and a guarantee against social fragmentation. Children have a right to grow up in a family with a father and a mother capable of creating a suitable environment for the child’s growth and emotional development. This is why, in the Apostolic Exhortation Evangelii Gaudium, I stressed the ‘indispensable’ contribution of marriage to society, a contribution which ‘transcends the feelings and momentary needs of the couple’ (n. 66). And this is why I am grateful to you for the emphasis that your colloquium has placed on the benefits that marriage can provide children, the spouses themselves, and society.” (Pope Francis to attendees of The Complementarity of Man and Woman, November, 2014)

“The family is being hit, the family is being struck and the family is being bastardized. You can call everything family, right? … What is being proposed is not marriage, it’s an association. But it’s not marriage! It’s necessary to say these things very clearly and we have to say it! (There are) so many new forms of unions (that are) totally destructive and limiting the greatness of the love of marriage…So many families are divided, so many marriages broken, (there is) such relativism in the concept of the Sacrament of Marriage.” (Pope Francis spoke to the Schoenstatt Movement, October, 2014).

A look at the Pope’s general audiences since January could also help, since marriage and the family has been the focus of his reflections as a lead-in to this year’s synod of bishops on the family. 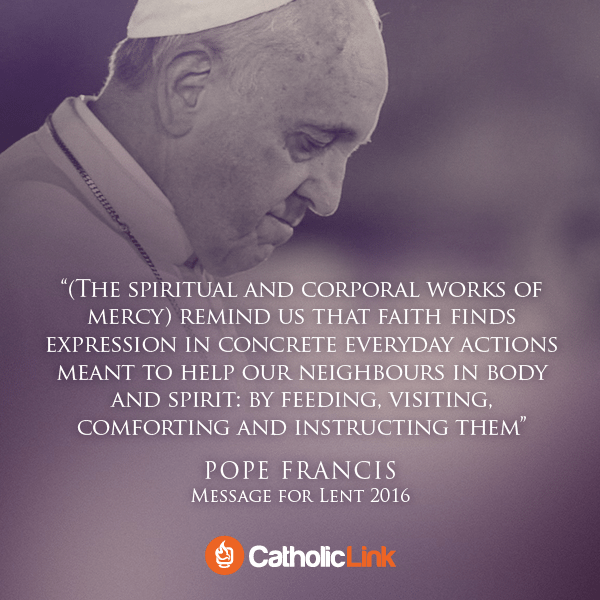 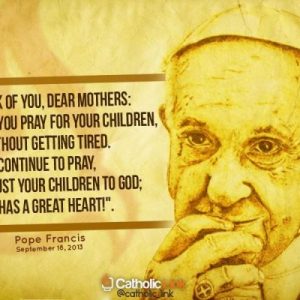 A Message From Pope Francis To All Mothers 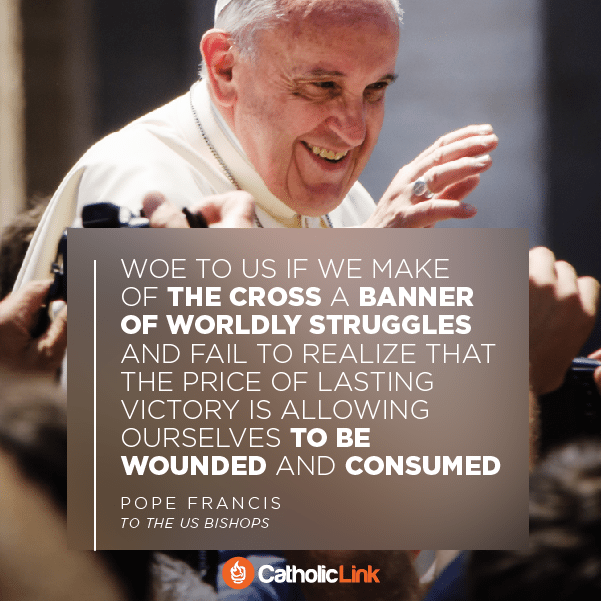 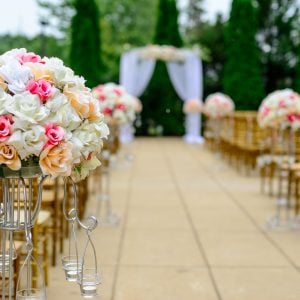 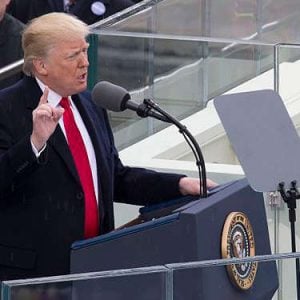 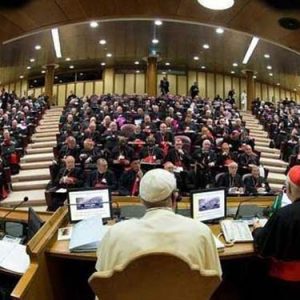