Allow me to introduce you to Ja Morant of the Memphis Grizzlies.  Currently, in the 3rd year of his NBA career (and only 22 years old), Morant has risen through the league’s ranks, becoming an All-Star Game starter for the first time this season.  At the time of this writing, he’s averaging 27.5 points, 6.7 assists, and 5.8 rebounds per game; and the Grizzlies are 47-22 (2nd in the NBA).

Ja Morant: “There aren’t that many players you can’t take your eyes off…”

Although Morant’s numbers are noteworthy, they simply don’t replace observing him for yourself.  Take the picture above, for example.  It’s from the Rising Stars Game (an all-star game for the NBA’s brightest young players) back in 2020, during which Morant attempted a dunk at the game’s end.  Now friends, I’m usually not one to brag, but back in my intramural basketball days in college–when I was really feeling springy–I could reach up and maybe touch the rim with a finger or two.  However impressive my athleticism might be, look again at Morant in the picture.  Look how high he is.  As a little homework assignment, I want you to go and stand under a standard basketball goal and get a sense of its height; then look again at the picture.  Let me anticipate your next question:  no, there is not a properly-placed trampoline to the right of the image.  It’s pure spring.  He is blurring the line between jumping and flying.

Game-after-game, Morant continues to awe observers with his quickness, coordination, and effortless flights above the rim (you can watch a few of his highlights here).  Even his fellow players are enjoying the show. Take a minute to look at some of the images and videos of Morant.

If you look carefully, you’ll see the other players on the court stand in awe as they witness Morant’s incredible skill. Take Jaren Jackson, Jr., for example, the one in the bottom left of the image.  Jackson is unable to contain himself, springing into the air with child-like delight. This image of Jackson seems to represent us all.

When we witness Morant do something amazing on the court, it has a fascinating effect.  Just for a moment, fierce competitors become united beholders, hardened hearts are softened, discouraged souls are filled with hope, worldly cares are suddenly forgotten.  Wonder has that effect on human beings.  It makes us more human.  It reminds us of what really matters.  It reminds us that we’re all on this journey together, shoulder-to-shoulder.

Wonder is essential for knowing Jesus and becoming whom we were meant to be, and the NBA as a whole—not just Morant—is filled with wonder-inducing feats that help awaken the soul.  James Harden’s silky step-back three, Stephen Curry’s shooting streaks, and LeBron James’s various exploits are just a few examples that come to mind.  Morant and company’s athletic gifts provide, as the Church Fathers would say, “logoi spermatikoi” (“seeds of the Word”), providing a window for seeing God.  May we NBA fans—and all human beings—see through the windows He gives us to observe Him.

This article was originally published HERE on More Than Entertained. Learn more about this incredible ministry that exisists to share how we can encounter the divine in entertainment. 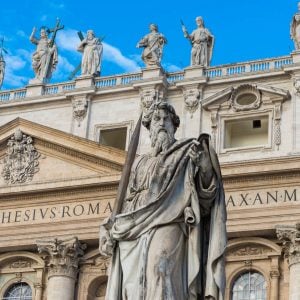