God Lets Himself Be Eaten! What the Feast of Corpus Christi Really Means

Home » Catholic Faith » God Lets Himself Be Eaten! What the Feast of Corpus Christi Really Means

“These things, brothers and sisters, are called Sacraments, for in them on thing is seen while another is signified.”

The famous psychologist, Zygmunt Bauman, said that getting married today has become like climbing aboard a raft made of construction paper. As a society, that’s about how capable we are of maintaining strong and lasting relationships. They often take on water quickly and end up sinking. It has always been complicated and difficult to love but it seems especially difficult nowadays when most relationships seem to be hit-and-run.  For those of us who are more comfortable with contacts than with relationships, it’s hard to stay when life becomes heavy and things don’t work out like we imagined in our dreams.

Among the various images and symbols used in the Bible to describe the love between God and His People, the one that stands out the most is the metaphor of a marriage. God is the Bridegroom of Israel. And because a marriage is a pact, God does everything to be faithful to His People. However, as it says in the Letter to the Hebrews, there can be no covenant without the shedding of blood (Heb 9:22).  A covenant is not made simply by small talk. It requires a tangible sign of one’s commitment. Sacrificing an animal is a physical sign of the pact that is sealed. The animal’s blood is the symbol of life that takes the place of the blood of two parties. In every relationship of love there is a commitment: “I give my blood for you,” usque ad affusionem sanguinis, to the point of spilling my blood for you.

On the night of the liberation from Egypt, God orders Israel to kill a lamb not only to eat it, but also to mark the frame of their doors with the animal’s blood: the angel of God will see the blood, recognize the household’s membership to the covenant and will pass over it without killing the first born son in that family. Israel is saved by the blood of the lamb because it is loved, because it belongs to God.

When God renews His covenant in a definitive and eternal way, not only with Israel but with all of humanity, the Son will take the place of the lamb. And because the covenant requires the spilling of blood, the Son is offered in sacrifice. It is no longer the doorframes of our houses, but our hearts that will be marked with blood, and not of a lamb, but of the Son, the true Lamb and true Bridegroom.

Even before the Cross, as a sign of an offering that is chosen and not suffered, the Son gives His body and His blood, that is: His life. He sacrifices Himself, letting Himself be led like a gentle lamb to the slaughter. Jesus offers His Body and His Blood so that God might establish His covenant of love eternally and irrevocably with all of humanity.

This symbol of eating has accompanied us since the beginning of the Bible, when God proposed to man that he eat from all of the trees of the garden, except the tree that was in the middle of the garden. There was a limit that had to be respected. The relationship between Adam and God was damaged because of the first man’s voracity: Adam does not welcome what God offers him but tries to decide for himself what he wants to nourish himself with. The temptation pulls his gaze from all the trees that can nourish him and concentrates it on the one tree that will harm him.

But God does not draw away from human failure: while He is about to be betrayed again, the words of Jesus repeat that original offering: take and eat of it, all of you. This is the new fruit that once again is given for the nourishing of your lives. The words of Jesus in the Last Supper are the medicine that heals the illness of the first man. Jesus is the new fruit that allows us to nourish ourselves from Him and die no longer. Everything depends on this relationship and how we choose to eat.

On the first day of the Feast of Unleavened Bread, when they sacrificed the Passover lamb, Jesus’ disciples said to him, “Where do you want us to go and prepare for you to eat the Passover?” He sent two of his disciples and said to them, “Go into the city and a man will meet you, carrying a jar of water. Follow him. Wherever he enters, say to the master of the house, ‘The Teacher says, “Where is my guest room where I may eat the Passover with my disciples?”‘ Then he will show you a large upper room furnished and ready. Make the preparations for us there.” The disciples then went off, entered the city, and found it just as he had told them; and they prepared the Passover. While they were eating, he took bread, said the blessing, broke it, gave it to them, and said, “Take it; this is my body.” Then he took a cup, gave thanks, and gave it to them, and they all drank from it. He said to them, “This is my blood of the covenant, which will be shed for many. Amen, I say to you, I shall not drink again the fruit of the vine until the day when I drink it new in the kingdom of God.” Then, after singing a hymn, they went out to the Mount of Olives.

Photo by Josh Applegate on Unsplash 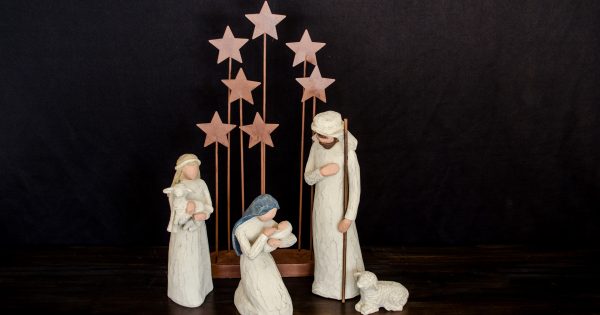 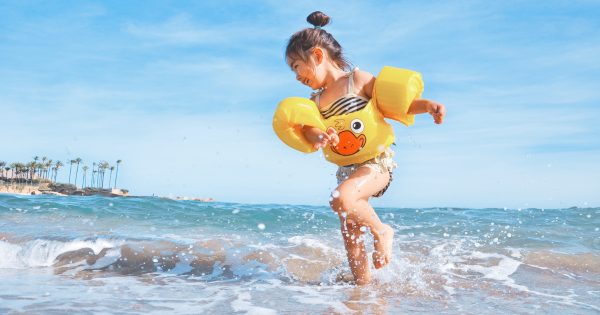 5 Ways To Encounter God On Vacation

Time for Vacation Summer is here and school is out. It’s time for a vacation. Many families, the world over,… 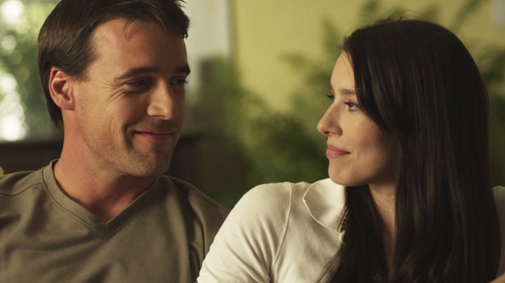 Does The Catholic View On Marriage Increase Tension Among Spouses?

The greatest challenge of any relationship is simultaneously the source of its beauty, value, and mystery. Here, I am talking… 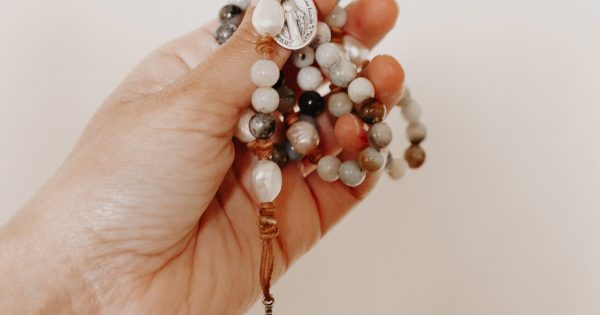 How Can We Pray The Rosary Better?

Jesus warns us not to pile up empty phrases and babble on (Matt 6:7). Protestants often look at the Rosary… 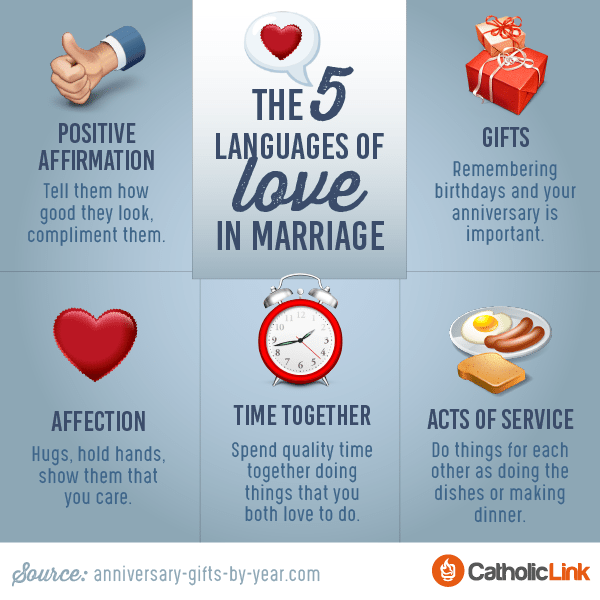 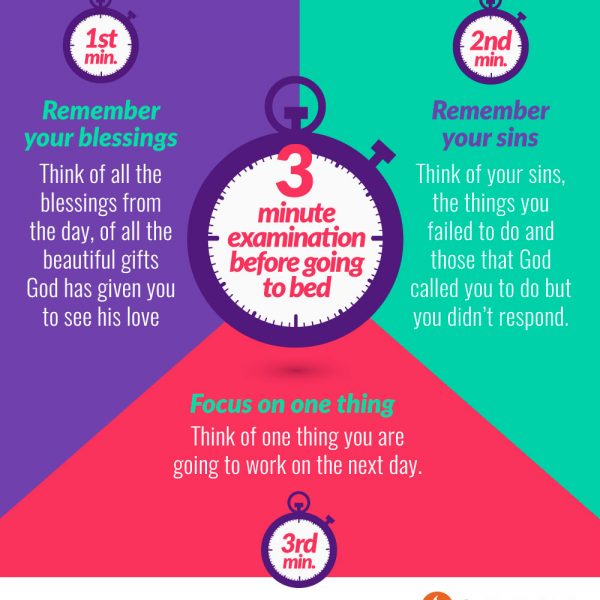 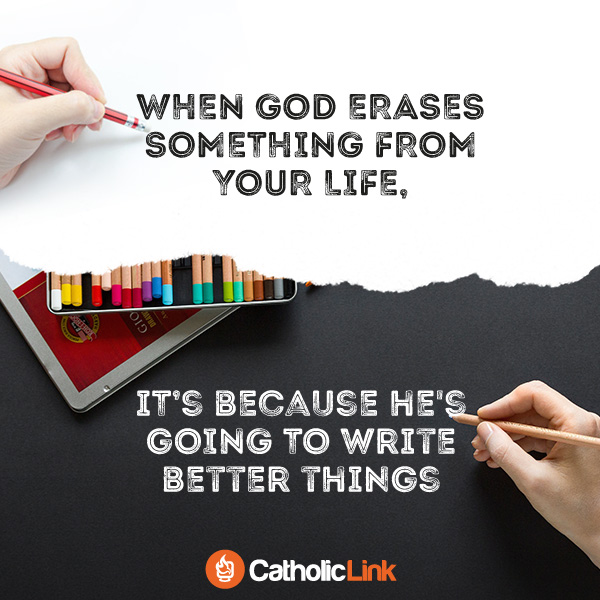 When God Erases Something From Your Life, It’s Because He Will Write Better Things 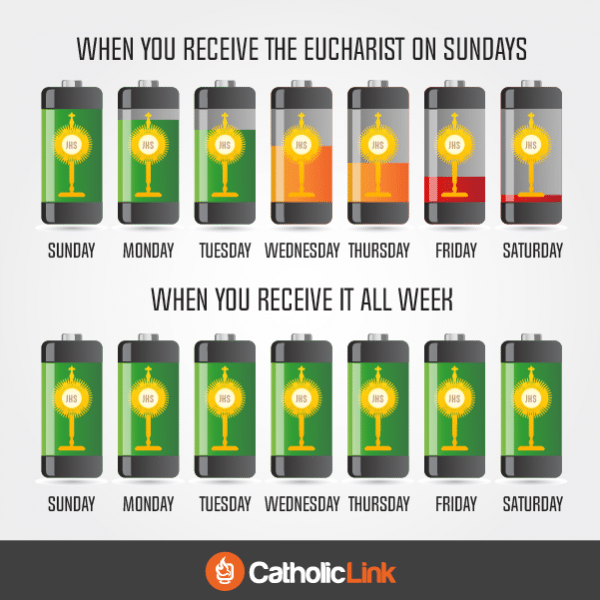 The Eucharist Gives Us The Spiritual Energy We Need

Beauty without virtue is like a fair flower that has an offensive odor. But true beauty bathes in that light… 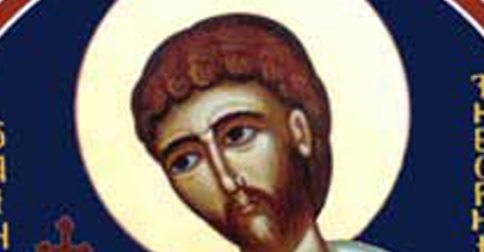 Why Do We Struggle To See God? How Can We Open Our Eyes?

Seeds in a pomegranate cannot see objects outside its rind, because they are inside. Similarly human beings who are enclosed…