Children are the future. They are the lives that continue on. Parents often project their aspirations onto their children and would like to see their hopes fulfilled in them. But, much like the future, the life of a child is not within our control. Though we might try, the future always escapes our grasp. Many times a child doesn’t exactly turn out as we might have expected.

However, a child is also a life that needs caring for. A child asks us to divert our attention from ourselves. It is the way in which life compels us to abandon our selfishness. There is a child in each and every person that we are called to care for.

Children are the next generation and we are called to give our lives over to them. Inevitably we leave an inheritance to all of them. And we are responsible for what we are leaving for those who come after us.

The Bible speaks to us often about the relationship between parents and children. Abraham, for example, lives a great deal of his life within the promise God has made him of descendants. However, when we become tired of waiting, when things don’t work out as we would hope, we try to construct our own solutions with human means.

Abraham tries to give himself a son, leaving God out of His life. Abraham feels that God is no longer working in his life. He will learn from his mistakes however. He will learn that God does not forget His promises.

A child is a symbol of every gift that comes from the hand of God: God tells us that our lives are not finite but are illuminated by hope. But when Abraham receives his son Isaac from God, he tries to take him for himself. Abraham wants to possess the gift, wants to control it. He leaves no room in his heart from anyone but his son.

This is why God asks Abraham to reestablish order within his heart. Moriah becomes the place where his love is purified.

This reflection on the relationship of parents and children continues in the Bible, for example in the story of Jacob. Jacob shows clear preference for his son Joseph, to the point of sowing envy in his other sons who try to kill Joseph.

Mary, the mother of Jesus, will also be called to meditate on her relationship with her son. The sword prophesied by Simeon is the symbol of the distance Mary is called to accept, a distance in which her freedom before her son’s mission is achieved. Becoming a mother requires that you allow your child to live in places you had not expected.

Through these human images, the Bible allows us to contemplate the relationship between the Father and the Son. The transfiguration is the moment of recognition: This is my beloved Son. Listen to him! Perhaps each of us, as children, ought to feel ourselves recognized by the Father in this same way. It is love that brings our most personal identity, our truest figure; it transfigures us.

The transfiguration is thus the moment when Jesus reveals himself as He truly is. The presence of Moses and Elijah confirms His identity: He is the long awaited Messiah. In fact, in the Hebrew tradition, Moses and Elijah were the two prophets who were to return at the coming of the Messiah. Along with the Holy Scriptures, they represented what is commonly referred to in the Gospels as “the Law and the Prophets.” In fact, Moses was considered the author of the Pentateuch, which also contained the Law given to Israel on Sinai, and Elijah was considered the principle prophet.

The Lord continues to transfigure Himself in our lives, He continues to let Himself be seen for who He truly is in those moments in our spiritual lives when we feel the authentic presence of God. But we, like Peter, are left confused by these experiences. We want to detain God forever; we want to pause those moments; we want to make tents within which we can enclose our experience of God. But God draws back and does not let us make plans for Him.

We are called to stay within the cloud that covers us: the people of Israel were also guided by a cloud in the desert. The cloud protects us from the blinding light of the sun, but it also prevents us from seeing very far ahead. Thus, our knowledge of God can never be direct, and always requires some human mediation.

We are also called to come down from our profound experiences of God to encounter humanity, awaiting the moment that we will see Him again face to face, just as He is.

A reading from the holy Gospel according to Mark (9:2-10)

Jesus took Peter, James, and John and led them up a high mountain apart by themselves. And he was transfigured before them, and his clothes became dazzling white, such as no fuller on earth could bleach them. Then Elijah appeared to them along with Moses, and they were conversing with Jesus.

Then Peter said to Jesus in reply, “Rabbi, it is good that we are here! Let us make three tents: one for you, one for Moses, and one for Elijah.” He hardly knew what to say, they were so terrified. Then a cloud came, casting a shadow over them; from the cloud came a voice, “This is my beloved Son. Listen to him.” Suddenly, looking around, they no longer saw anyone but Jesus alone with them.

As they were coming down from the mountain, he charged them not to relate what they had seen to anyone, except when the Son of Man had risen from the dead. So they kept the matter to themselves, questioning what rising from the dead meant. 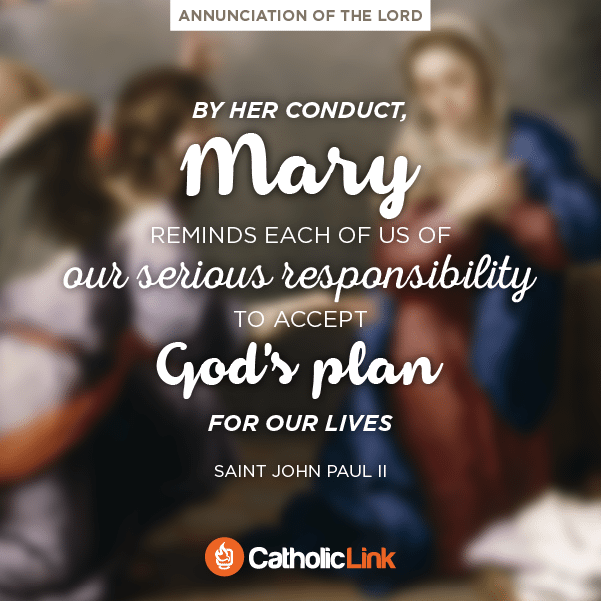 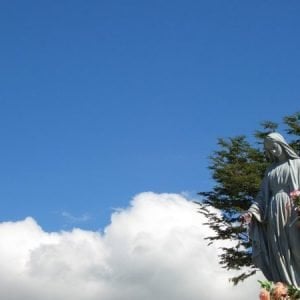 What Did St. Therese Of Lisieux Ask God For As A Punishment For Her Sins?