How to Encourage Your Child’s Religious Vocation? 8 Essential Tips

Events like World Youth Day or a young saint’s canonization (recently, Saint José Sanchez del Río), tend to spawn a boom in vocations to the consecrated life like fungi after a storm. It’s only logical.

These celebratory events in the Church can be very moving and stir in many young people the urge to do something radical for Jesus, for the Church, or to imitate young saints with whom they can identify. When young people reveal this religious or vocational attraction to their families, often parents can be taken aback by their child’s abrupt manifestation of faith, wondering if it might be confused with a momentary, youthful enthusiasm.

My kids are still just kids and none of them has ever mentioned considering a vocation to consecrated life, so I’m not very qualified to write this article. But out of my parents’ 65 grandchildren, nine of them are religious, and between my wife and I, we have a pretty good number of consecrated cousins and second nephews.

So I decided to channel my inner journalist and I questioned moms and dads about their main doubts and fears, and the result through the years of their children’s vocation.

Although at the beginning it can cause astonishment, a son’s vocation is something wonderful. God considers you worthy of being the parents of another Christ, spouses of Christ or of a consecrated person! From the generosity of your “yes,” God has prepared many, many graces, both for your son or daughter and for you.

Did you dream of them giving you grandchildren?

Now you will have an infinite number of them for all eternity! Show your sons and daughters your joy, pray for them, and offer a Mass in thanksgiving. Make sure your child knows that his parents are as generous as he is. 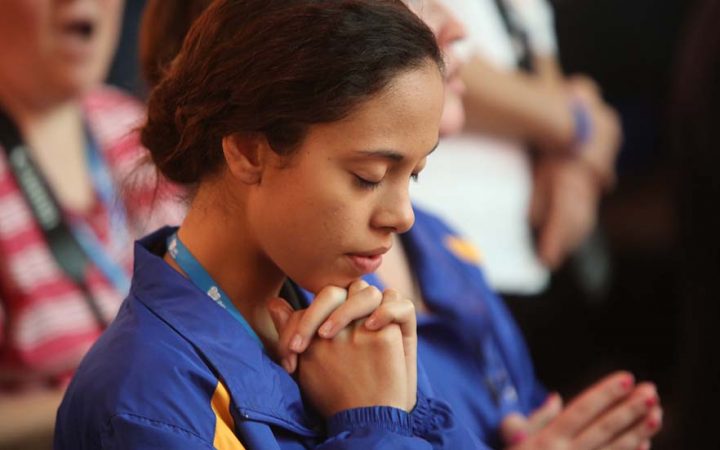 This sentence is repeated hundreds of times in the Holy Scriptures. Why should you fear? If God asks something, He always gives the necessary graces to accomplish it! As long as we are docile to the Grace of God, there is nothing to fear.

“The Lord is my shepherd, I lack nothing. Even though I walk through the darkest valley, I will fear no evil” (Psalm 23). We parents get scared when our kids have big dreams but it’s because we don’t let them dream big. They have great aspirations and the Lord is willing to grant them the strength and the needed graces to achieve all of it!

When the apostles couldn´t catch any fish, Our Lord tells them: Duc in altum! (Put out into the deep). For some of us, those goals may seem unrealistically lofty or unattainable, but… for God, nothing is impossible!

3. Inquire (without being inquisitive). 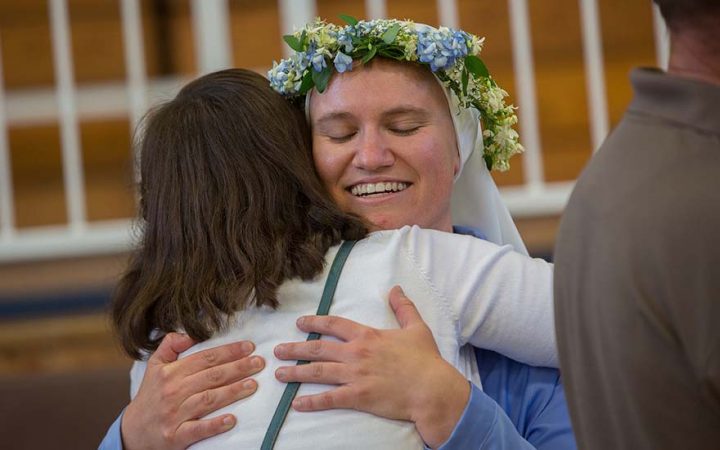 Just after receiving the angel’s announcement telling Her that God had other plans for Her, Our Lady inquired: how was this possible?

It wasn’t that she doubted that the Lord’s plans are always better than ours, but she needed to know the details. In this stage of the incipient vocation (or vocational inquiry) of your child, you have the right to know how and where the Lord is calling him. Perhaps young people don’t have it completely clear; going on a retreat and being directed through the Spiritual Exercises can help them discern in deep prayer the specific details of their vocation.

Are they drawn to a contemplative or active life? Priest or consecrated lay? Religious or consecrated? In which congregation? On these early stages of discernment, a great deal of your child’s future perseverance will depend, thus they need proper guidance and support (and prayer!) from their family.

4. Don’t be the judge of your child’s vocation. 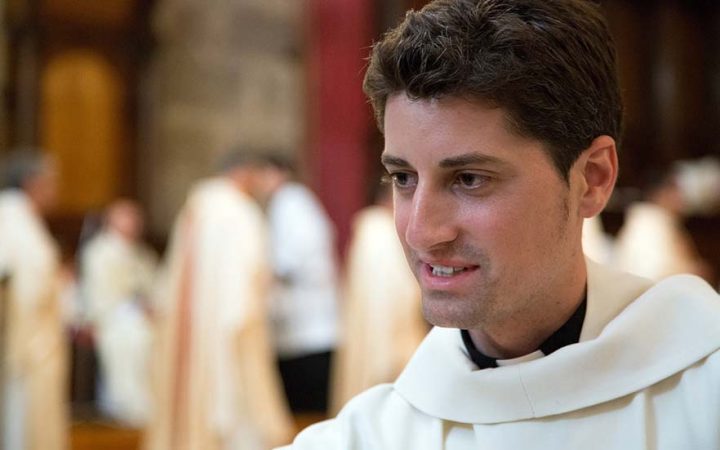 You are not called to challenge your child’s vocation. He does not belong to you, God gave him to you and if He calls him to the highest of purposes, obstructing or forbidding it won’t do anyone any good. Here’s where Gamaliel’s prophecy fits perfectly:

(…) If they are planning and doing these things merely on their own, it will soon be overthrown. But if it is from God, you will not be able to overthrow them. You may even find yourselves fighting against God! (AA 5, 38-39)

If it is God’s calling, He will give the needed graces to your son or daughter and from these graces there will be great things for all of you. And if it’s not from God, but rather from an illusion or a passing excitement, they will realize it soon enough.

5. Don’t try to force anything. 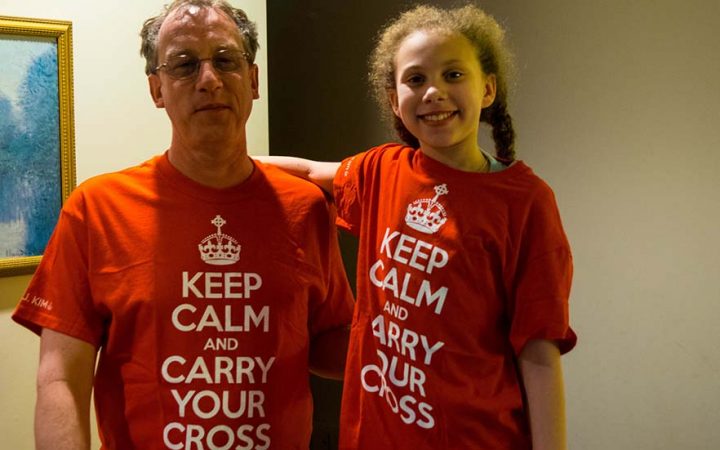 Same thing as the previous tip: if it’s God’s will, it’s God’s will, but if it’s not, there is nothing you can do to force your child to continue in a vocation that is not his, otherwise you might cause some damage. Many parents are disappointed if their child who’s taken a religious path later leaves it because they discover that it’s not their vocation.

If it was but a passing enthusiasm, and he spent one or two years in formation, surely those years were not wasted, and were just what he needed to grow aspects of his personality and of his faith! God is wise and He is never outdone in generosity! From those few years (supposedly “lost” years) God will draw out enormous graces.

6. Nonetheless, ask God in prayer to awaken the vocation in your children. 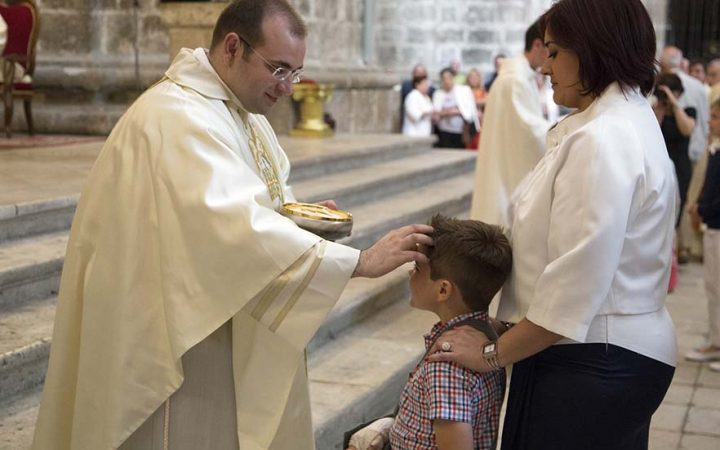 In Lu Monferrato, a small Italian town, in 1881, by initiative of the mothers and under the direction of Father Alessandro Canora, they started praying that God would awaken within their children many religious and priestly vocations.

The result was monumental: in a town of some thousands of people, there were 323 vocations! When Our Lord said: “For many are called, but few are chosen” (Mt 22,14), that’s perhaps what He was referring to. How is God going to awaken vocations if we do not ask for them? Let us pray then to the vineyard’s owner to send laborers to his harvest… from within our own families!

7. Get ready to see your child happy. Very happy. 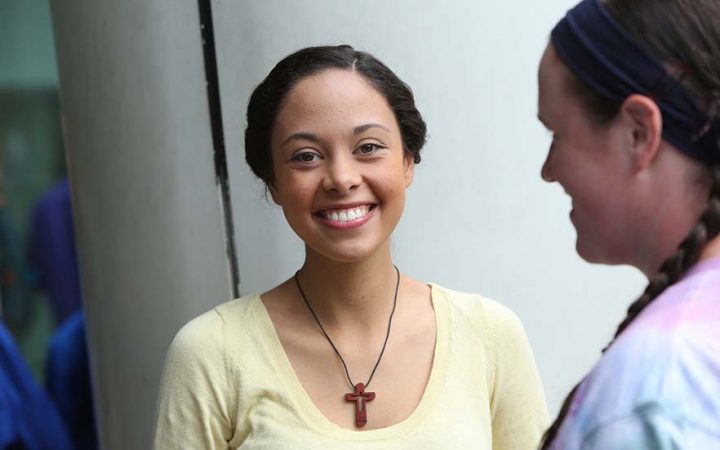 One of my sisters told me “We parents want happiness for our children. Seeing them happy gives me the serenity that they have actually been called by God and that they have answered with their whole soul to that calling.” She has two religious daughters that shine from piousness and joy.

So much that their religious names are “Mary of Amsterdam’s Miracle” and “Mary Mother of Joy.” Children depart from us to far away destinations, into difficult missions, and there is no human way to take that smile off their faces! Joy is always the confirmation that their vocation is genuine! 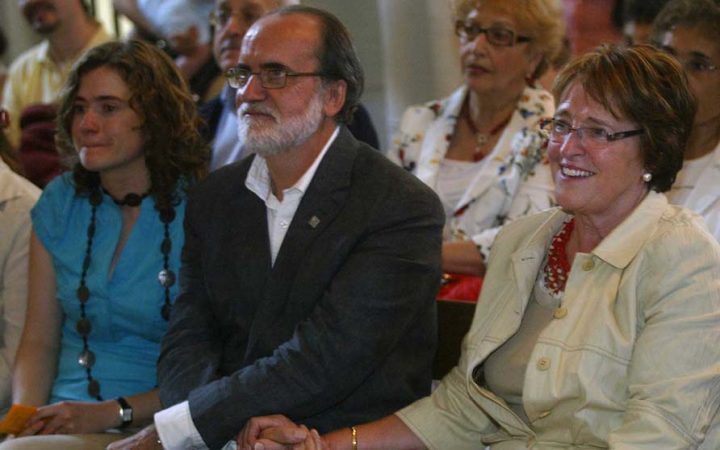 I said it: God is never outdone in generosity! From the generous answer to the grace of vocation, God has prepared a rosary of graces for generous parents. My wife’s aunt has three children and they are all religious, one of them is a missionary in Tanzania.

Her children are scattered far off, and she’s by herself! Your religious children´s lives will not be exempt of crosses, both for them and for their parents, but the joys and satisfactions are immensely greater than the pains and crosses. You will have a child praying for you every day of their lives!

We are always complaining about the lack of vocations. If we had a faith the size of a mustard seed and we were generous in the ways our children want to be generous, how could there be any doubt that we’d have many religious and priest vocations?

Let us allow ourselves to receive and share the grace with joy (and without fear), because “what no eye has seen, nor ear heard, nor human heart conceived, what God has prepared for those who love him” (1 Cor, 2-9). 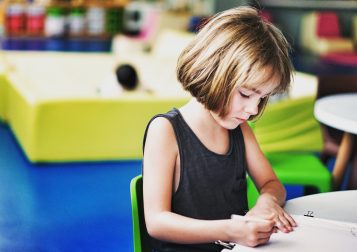 5 Bible Verses To Write In Your Child’s Lunch Box

Every year, no matter how old my children get, I take a sharpie and write a bible verse on the… 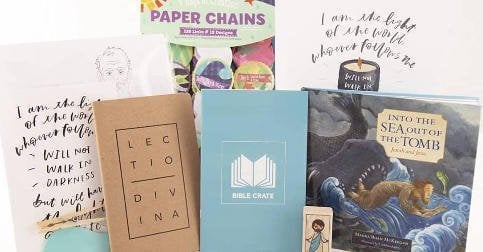 4 Things To Love About The Catholic Family Crate 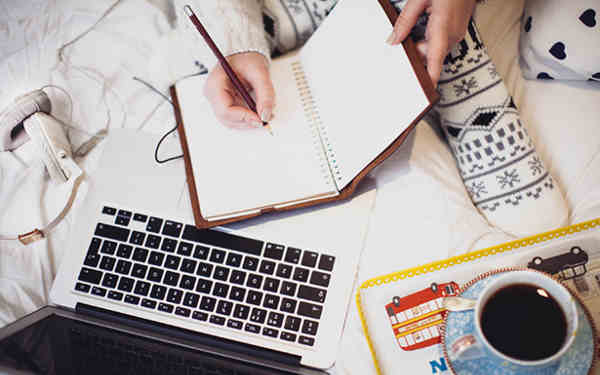 The new year is only a few hours away and with it comes the setting of goals and resolution lists. … 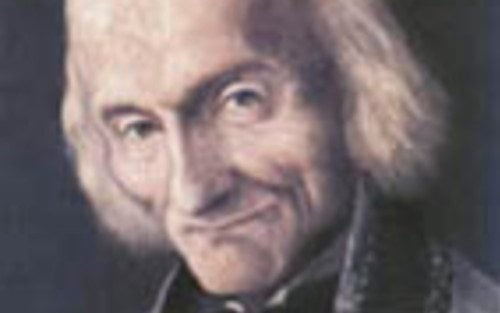 In Obscurity, in Humility, Amid Persecution, Till Your Garden and God Will do the Rest: 7 Things You Should Know About the Curé of Ars

The month of August is jam packed with feasts of spiritual powerhouses. August 4th – or 8th in the pre-1962…

Did You Know These Relics From Jesus’ Life Exist?!

Relics A relic is a part of the body, clothes, or personal item that remains as a memorial of a… 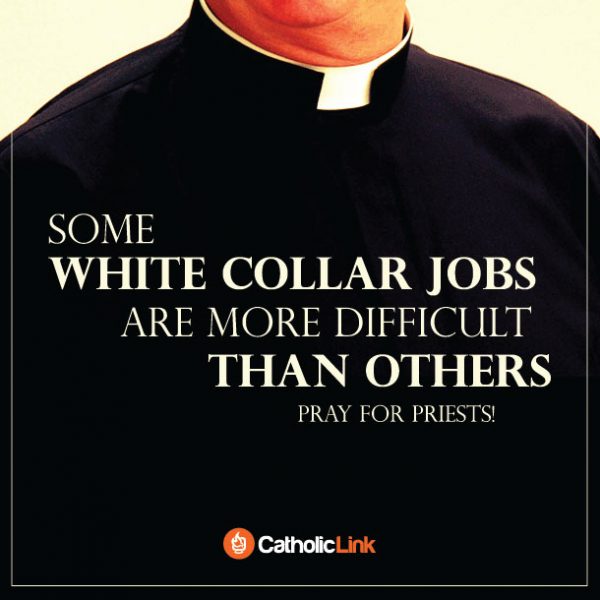 Some White Collar Jobs Are More Difficult Than Others 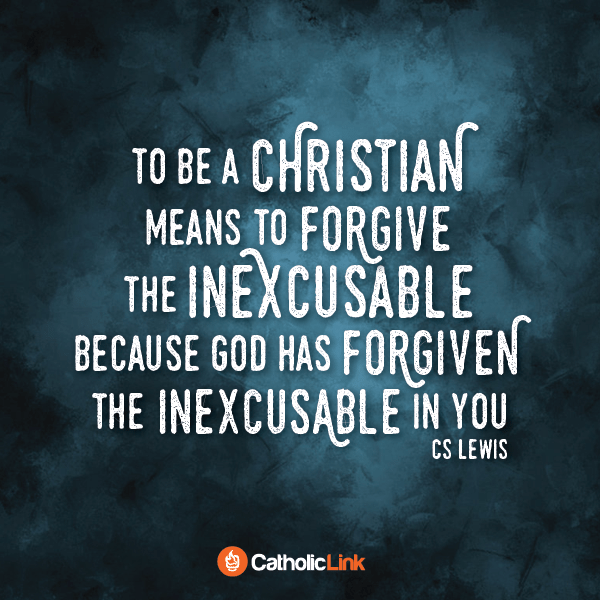 To Be A Christian Means To Forgive According To C.S. Lewis 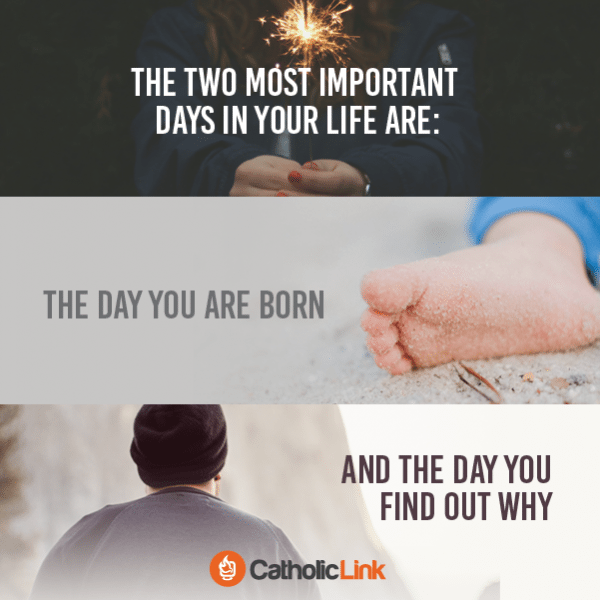 The two most important days in your life