Terry Crews was born in Flint, Michigan, in 1968 and was drafted by the NFL’s Los Angeles Rams in 1991. After several years playing pro football, Crews retired and pursued an acting career, which took flight on the big screen in 2000’s The 6th Day. Many film roles followed. Also known for appearing in a series of Old Spice commercials, Crews launched The Family Crews, a reality series starring his whole family (Biography.com). Finally, he is also a co-star in the TV series Brooklyn 99.

Recently, Terry Crews has been opening up about his struggles with pornography and his marriage. In a recent interview with HuffPost Live, Terry Crews, in addition to talking about masculinity and the dangers of pornography, shares a key decision that he and his wife took in order to keep their 25-year marriage alive: a 90-day “sex fast”. The fast served as a way for him to refocus, to remember what was most important in their relationship: spending time with his wife and not just the pleasure or satisfaction that she might offer him. Moments of abstaining ended up serving as a sort of school where he re-learned the beauty and simplicity of authentic intimacy and what love is really about. (The thinking behind the abstinence required in Natural Family Planning is very similar.)

“You cannot love someone and control them at the same time. All attempts to control your significant other are gonna lead in heartbreak because love is freedom. You know, if I kept my wife locked up in the basement, that ain’t love! If I restricted her in any way, it’s not love. But love is when she comes in the door because she wants to. Love is when she says, ‘Hey, let’s go out’ because she wants to be with me and it’s the same thing that I do with her.”

Terry commenting on his 90 Day “no sex” fast

In addition, Crews has created a video series detailing his personal issues with pornography, its dangers, and what he has done to overcome it, on his Facebook page called “Dirty Little Secret.”

“If day turns into night and you’re still watching, you probably got a problem. That was me.”

What is the big deal, you may still be asking yourself? Crews nails it on the head when he says: 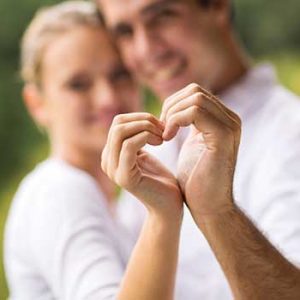 A Daughter’s Letter to Her Porn-Addicted Father