Stand by me is a beautiful, nostalgic production based on a Stephen King novella. The story is told through flashbacks in which the main character, Gordie, a writer, recalls the far off summer of 1959 when he was 12 years old. Hearing of the death of another child whose body still hasn’t been found, Gordie and his three closest friends (Chris, Teddy and Vern) go looking for the missing boy and so embark on a journey to maturity.

This film has often been considered one of the best presentations of the end of childhood. Many of the characters’ conversations recall the imaginative world of childhood, with its hopes and fears, not always anchored in reality. With each passing event, however, the inevitable challenges of growing up and maturing can be seen.

Friendship is one of the topics explored in the movie. Gordie and Chris are best friends, and this friendship is expressed in their honesty, open sincerity and through keeping their promises. Their mutual support is lived as the natural, unconditional consequence of this friendship. Each of them passes through moments of insecurity and fear with respect to the future, doubting their own abilities and talents, and discovering strength and motivation in their friendship.

In one of the movie’s most interesting conversations, Chris tells Gordie, “It’s like God gave you something, man, all those stories you can make up. And He said, ‘This is what we got for ya, kid. Try not to lose it.’ Kids lose everything unless there’s someone there to look out for them. And if your parents are too [messed] up to do it, then maybe I should.”

Authentic friendship supposes the invitation to grow, to take on life and to unfold, in the right way, the talents which one has received. It is not just a warm, fuzzy feeling of safety, but a commitment to the friend’s greater good, even when this means questioning them and encouraging them to greater challenges.

The group of friends are not afraid to cry in front of one another, there is no embarrassment in showing fragility or weakness. There is room for joy and joking as well as deep dialogue. There is a place for adventure as well as to learn from mistakes. There is evidence of solidarity and commitment, where it is not so much the words that matter but actions and attitude which reveal a brotherly affection for friends.

The goodness, dreams and solidarity of the group of boys contrast with the relationships which are shown among the older kids in the story who are aggressive, violent, mistrustful and superficial. “I never had any friends later on like the ones I had when I was twelve,” says the adult writer Gordie, and perhaps gives us occasion to reflect that this doesn’t necessarily have to be true. Yes, friendship is a challenge, but need not be possible only in childhood. On the contrary, friendship can and should deepen and open up wider horizons of commitment with age and maturity.

It is interesting to note that although Stand by me revolves around a group of children, the subject of death weaves through the storyline. The group’s adventures begin with the search for a dead child, and we are told that Gordie’s older brother has died in a tragic accident just a few months before the story opens. Memories of his brother appear with frequency when the end of life is perhaps the last thing on a boy’s mind.

It is no coincidence that, on a journey to adulthood, death appears increasingly close on the horizon. This need not be an oppressive horizon, given that death as much a part of life as life itself. In fact, the encounter with an increasingly understood reality is, or should be, a sign of maturity. This same understanding, however, must not lead to a cynical, disillusioned attitude towards existence, or to losing sight of what is essential, as so often happens in the frantic rhythm of life in today’s world which blinds us with its many false values.

Life is not, therefore, about never growing up. There are few things, perhaps, as pitiful as infantile adults. The answer is in “being like children”, where dreams and realism, purity and understanding, thirst for adventure and responsibility, go hand in hand on a mature path on which difficulties or even death are not feared, not because they are ignored but because they are framed in the context of a transitory earthly pilgrimage. Stand by me is able to remind us of all of this, highlighting authentic friendship as one of the greatest gifts we can receive in life. Whoever finds a friend on the journey, truly finds a treasure.

NB This movie contains some strong language which is definitely a factor to be considered with respect to the intended audience.

The original review was written by Kenneth Pierce and can be found on Catholic Link’s Spanish language site. 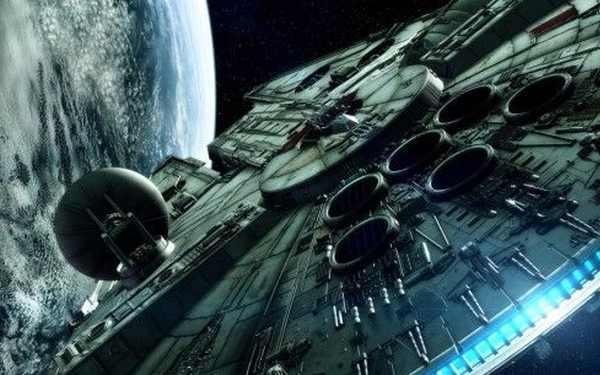 A long time ago, in a galaxy far, far away… well perhaps not that far back, but nonetheless 40 years…

The more you feed sin, the more it burns.

Sin is a blazing fire. The less fuel you give it, the faster it dies down; the more you feed…

“Then Jesus was led by the Spirit into the wilderness to be tempted of the devil."… For since Jesus did…

We must be ready to begin again (St. Josemaria Escriva)

“Since our first conscious decision really to follow the teaching of Christ, we have no doubt made good progress along…

Outside the Church There is No Salvation Can non-Catholics be saved? It is a big question, with a nuanced answer….