Jesus went around to all the towns and villages,
teaching in their synagogues,
proclaiming the Gospel of the Kingdom,
and curing every disease and illness.
At the sight of the crowds, his heart was moved with pity for them
because they were troubled and abandoned,
like sheep without a shepherd.
Then he said to his disciples,
“The harvest is abundant but the laborers are few;
so ask the master of the harvest
to send out laborers for his harvest.”

Then he summoned his Twelve disciples
and gave them authority over unclean spirits to drive them out
and to cure every disease and every illness.

Jesus sent out these Twelve after instructing them thus,
“Go to the lost sheep of the house of Israel.
As you go, make this proclamation: ‘The Kingdom of heaven is at hand.’
Cure the sick, raise the dead,
cleanse lepers, drive out demons.
Without cost you have received; without cost you are to give.”

The first week of Advent is already over!  As I have grown in my faith, I have started to think about Advent as being similar to Lent in a lot of ways. Both involve waiting and preparing ourselves for God’s presence and mercy. Many people dread Lent because on the surface it means giving things up, including meat on Fridays. I grew up on a beef ranch- the selfish part of me really struggles to give that beef one up during Lent.

However, preparing our hearts for Christ cannot be reduced to simply giving things up in the same way we begrudgingly give up certain foods to lose weight or habits for our health. If you are viewing your sacrifice of ice cream or Netflix as simply following some archaic practice or tradition the Church requires and not as a chance to pray more, love more, and focus on God more, you may want to reflect upon and revisit why we as Catholics participate in this practice.  The meaning behind the call to sacrifice is to rely entirely on Christ.  We sacrifice the base, finite, and lowly things of this world to make room for the coming of Christ into our hearts.

If you have not already, I would suggest reflecting on this message in relation to the season of Advent! The more we make room for Christ in our hearts, the better our mental health is. The more we base caring for our mental health on the infinite, eternal, and loving Christ and less on the base, finite, and fake promises this world offers, the more peaceful our hearts will be. This week, consider praying about how you can improve your prayer life and mental health during this Advent season.

Photo by Laura Nyhuis on Unsplash

2nd Sunday Of Lent | On The Mountain 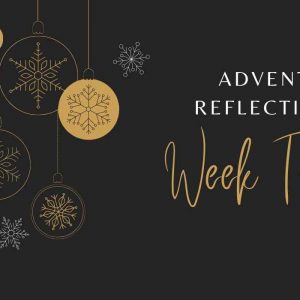 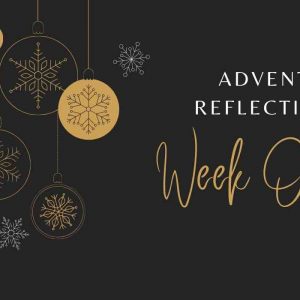 How To Use Your Imagination This Advent | Week 1 Reflection 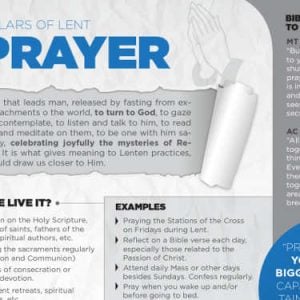 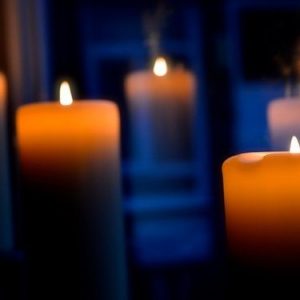 Best of Advent: The Internet’s 3 Best Reflections On Advent (Week 3)

Best of Advent: The Internet’s 3 Best Catholic Reflections For Advent This Week 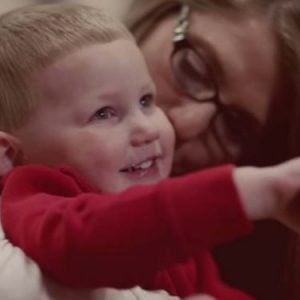