by Ruth KennedyAdvent and Christmas, Testimonies

Growing up Catholic, Advent was always strictly observed in our home. We never skipped over it to start Christmas early. Though I had a good idea of the purpose of Advent- it being a time of preparation and prayer- I made my way though it grimly.

I understood the head part of it, but never the heart. I looked towards it with a sense of dread. Very simplistically, it felt to me as a child that to get a good Christmas, you first had to pay for it by getting through Advent!  The idea that Advent could be just as rich a time as Christmas was not something I had experienced.

I hated Advent and I couldn’t understand it or the point of it.

Thankfully, bit by bit, my thoughts and attitude towards Advent began to change and I was able to see it differently. I began to honor the time of Advent and see it in all its fullness. So, why did I hate it and how did these thoughts change?!

Look at any of the Advent gospel passages or daily readings and you will notice a common theme. Staying awake because you do not know when the Lord is coming, repentance, and other slightly ‘end of the world’ apocalyptical phrases. They’re the kind of verses I preferred to ignore and brush over- and certainly as a child I found them rather scary. But I learned as an adult that even if I didn’t like them, they were still God’s word and more than deserved my consideration. What was God trying to say to me through them? Interestingly, with regards to these very readings, the Church writes that “Advent is a period for devout and expectant delight.” Delight?! I had clearly missed something! Facing these readings forced me to face my own fears about my mortality, the world’s mortality and what kind of Christ I imaged coming at the end of time. Without watering down the meaning of these readings I began to see the paradox of a Christ who is King, capable of both justice and mercy, gentleness and power. If I professed to love Christ with all my heart and to see Him as my sovereign and my best friend in this life, what did I have to fear at the end of time or the end of my days?

We’re always being told to ‘find the time for more silence’ in our lives- and never more so than during Advent. I knew I had the time for silence, but I hated silence, and I didn’t like being told to spend more time in something that I hated! No one had told me what to do with the silence or why it was supposed to be beneficial. It wasn’t until I attended a talk from a Carmelite friar on the subject that I began to understand. He told us: “If you can’t bear to sit in silence than you first have to deal with the things that come up in that silence”. This wasn’t an excuse to delay discovering silence, but it was a recognition that it’s in silence that our deepest fears, hurts and pain clamor to make themselves heard above our normal distractions. If this was the case, he encouraged us to seek help with a good priest, religious or therapist. Slowly, I began to discover a silence with God that was not frightening or stern, but gentle, instructive, insightful- and peaceful. And I found that God is longing to speak to us, and maybe He had been waiting years to say what He wanted to me. But I just hadn’t given Him the chance to be heard.

It doesn’t help that in the northern hemisphere, particularly here in the UK, Advent occurs when the days are reaching their shortest length and the sun begins to set at half past three in the afternoon. These long nights can be really depressing- no matter how obvious the parallels that can be drawn about ‘light in the darkness’! The Advent wreath was something I really loved as a child and as an adult I have tried to find ways to make this darkness less overwhelming. I actually try to wake earlier during Advent and spend time in prayer by candlelight. I make a bigger effort to keep my house and room tidy so that it can be a comforting space. I make the most of an eclectic mix of Advent music to keep my mind recollected to and grounded in the season. (See below for our music recommendations!) I try to see the darkness as an opportunity to slow down, rather than a reason to feel despair.

Because I wasn’t really engaging in Advent, it was just one long counting down until Christmas, when the real festivities could start. I didn’t see Advent as a season in its own right, so it just felt like a tedious waiting game. Watching this powerful ‘Advent in 2 Minutes’ video really helped to change how I perceived Advent. It reminds us that “there is joy in waiting” and that Advent is about “expecting, waiting, hoping and praying”- and adds that if “you’re sick of Christmas by the 25th you haven’t done Advent properly!”. Engaging in Advent is like choosing to take the scenic route and enjoying the journey, rather than trying to fast-track it on the freeway and getting stuck in a traffic jam. Advent is the “expectant waiting, hopeful anticipation and cheerful preparation of God breaking into our lives”!

As a kid, Christmas was wonderful, exciting and I knew it to be special and holy, but I didn’t understand that we were celebrating more than just a historical fact. I assumed that Christmas was only relevant if it was enjoyable and if you were lucky enough to be in a good place in your life at that moment. If you weren’t, then that was very sad and Christmas could make no difference to your life. So Advent was also just a hoping game that Christmas would turn out to be as good as I was hoping it would be and that I would get all the enjoyment I wanted out of it.

My understanding grew however that Christmas was utterly relevant for our lives right now, and in Christ’s first coming we were celebrating the complete reality of His entrance into our lives. We can so often sanitize the stable and forget what scandal, filth, and fear the world He was born into was. We forget that Love was amongst the mess of that first Christmas- and that, Christ- not defined by time, re-enters the mess and love of our hearts again and again each year. With this understanding, Christmas became less about the luck of whether I’d have a good time and far more about the solemnity and joy of celebrating the reality of a God-made-man. Advent, therefore, became not a waiting game, but an awe-inspiring period of time preparing to meet a God who loves us so much that He fashioned a remedy to our brokenness in the form of His own son.

Whatever your perception of Advent, we hope that you have a blessed and fruitful season. Check out this mini-mix of Advent music to really help you get into the Advent spirit! 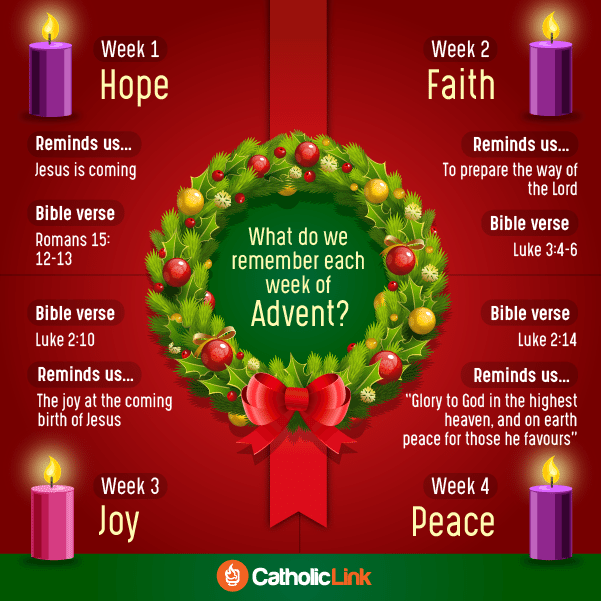 Infographic: What Is The Meaning Of Each Week Of Advent 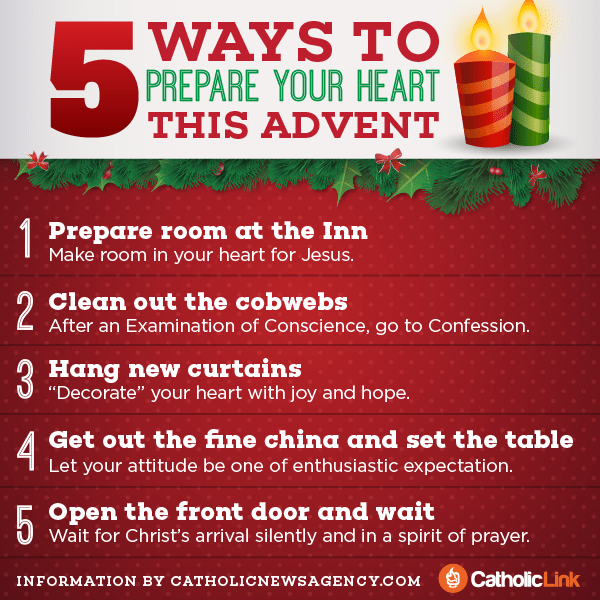 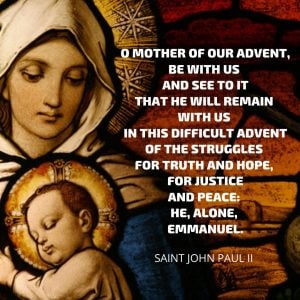 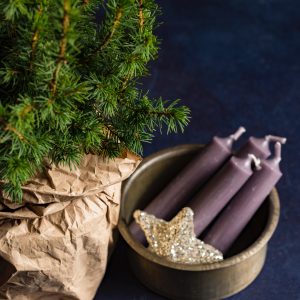 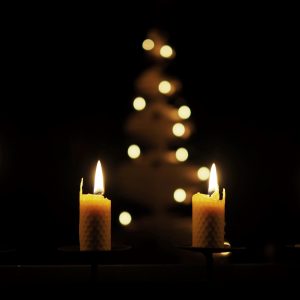 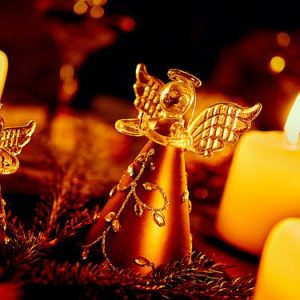 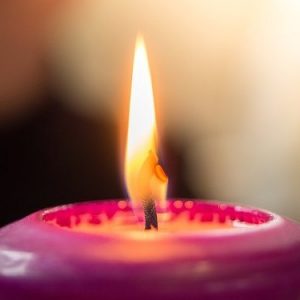 Preparing To Prepare: Everything You Need To Get Ready For Advent 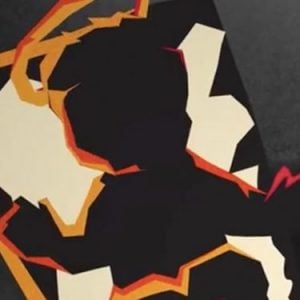