13 Subtle Ways to Share Your Faith in School -Even Public School!

Home » back to school » 13 Subtle Ways to Share Your Faith in School -Even Public School!

Back to school! Now is the time for endless school supply sales and thinking of cooler weather. As happy as the commercials make it seem, school can be full of negative experiences for many people. Like the video below shows, students struggle with rules, expectations, and balancing respect for authority and trying to tell the truth—not to mention hallway gossip and lousy lockers.

On the more positive side, you probably made most of your friends through school and have bonded with your peers based on the hardships of four-hour long homework for one class and the skill it takes to sprint from gym to your next class on time.

School doesn’t need to be such a horrible experience, as long as you know what’s missing.

In 1962 and 1963 the US Supreme Court decided against, respectively, prayer and Bible readings in public schools because it had too much to do with the establishment of religion. Whether you go to public school, private school, are homeschooled, or even live in the US, you can see that there is something missing from schools.

More accurately, there is someone missing from school—Jesus Christ. He’s there, but people don’t really talk about Him, talk to Him, or act like Him.  Sometimes, it’s looked down upon to mention His Name, except when used in vain. It’s up to you to bring Him to school with you.

Consider yourself challenged this year to do the following before, after, and during school:

That crucifix, cross, or saints medal can be subtle yet significant. Who knows who will ask you a question about it and begin thinking more about God!

One of the bravest people I know, who is also still one of my closest friends from high school, carried a Bible with her through the hallways. She didn’t beat anyone with it or stand on a soapbox during passing periods giving fire-and-brimstone speeches. Just having the Word of God by her side changed the atmosphere.

You shouldn’t stop everyone at your table and force them to pray. You don’t even need to pray out loud. Just taking that moment to invite the Holy Spirit into your presence and thanking God for your food is powerful enough to put you in the right mindset for the rest of the day and inspire others.

3. Pray for or with others

At your locker when you hear others gossiping, silently pray for them and the person being slandered. Maybe you’ll be able to take the courage to speak up against the slander. When you know someone is struggling, quietly share a prayer with them.

Knowing that prayer is powerful and we definitely need more of it in this world, praying for your peers and your school community is pivotal in changing your entire education experience—and even changing your school!

4. Choose the “awkward” topic for presentation, and be confident about it

Crusades, evolution, and the Big Bang Theory—it’ll be fun!

You could put in some serious “mic drops” when you spill the beans that a Catholic priest theorized the Big Bang and people first rejected it because it support God’s existence. Or simply allow your scientific enthusiasm to show because being Catholic doesn’t conflict with the study of God’s creation. And about the Crusades, that’s a good chance to explain the difference between a Christian martyr and an Islamic extremist martyr and the difference between the Crusades and a jihad.

In high school I did my best to avoid answering questions, but I took the opportunity to answer a special one my senior year. In AP European History, our teacher showed us an art history presentation. He asked if anyone knew what the painting depicted, if anyone was Catholic. He knew the answer, but maybe one of us had an idea.

I was the only one who raised a hand. First, I said that was Jesus. Yes, but he asked for another name. I said the Eucharist. Still not exactly what he was looking for. “Oh, the Consecrated Host,” I answered. Yes! He asked why there was red coming from it, and I had the chance to explain briefly that a consecrated host is truly the Body and Blood of Jesus Christ due to transubstantiation and in Eucharistic miracles the material is also transformed into Body and Blood. The red was Christ’s blood.

As Catholics, we have a rich historical, philosophical, theological, and scientific tradition of study and a love of faith and reason. If you have the chance, share that love! That Howard Zinn article you read for class is an example of historical revisionism, which is an opportune moment to explain what that is and balance out the facts. And that super complex math equation that marvels you? You might just explain it to a friend as analogous to the beauty of God’s creation.

6. Have the right attitude

There is such a thing as absolute truth. There is right and wrong. Having your attitude reflect that not only provides light to your path but shines for others who need that stability. Sometimes the right thing to do isn’t clear, but having the confidence to act when it is and seek an answer when it’s not is what the world needs more of!

7. Be forgiving and show mercy

Forgiveness is barely present in society, but Christians certainly must know forgiveness and mercy. Let others know you are Christian by your love in showing mercy to others who may’ve spoken against your reputation instead of fighting back with more slander. Forgive the person who bumped you in the hall, even if you think it was on purpose and move on with your life. There’s no reason to make your cross more of a burden than it already is, so just forgive.

8. Sit by the person who is all alone and may even seem unfriendly

We’re social creatures. Even if you don’t speak, the friendly presence of another person can work wonders on the soul. As the hands and feet of Christ, we are called to reach to those who are outcast or who outcast themselves. The simple presence of a person who means no harm is enough to make a peer one step closer to the love of Christ

9. Ask your Muslim/Hindu/Jewish friend about his or her religious holiday coming up

Wouldn’t it be cool to learn more about other religions? If you can learn about Hinduism in class, why not point out any similarities or differences you see between that faith and your own? Couldn’t we all learn about what Muslims do for Ramadan as well as converse about Christmas kindly? Why not listen to your Mormon friend talk about the founding of her church? Or learn more about Passover?

Having an open conversation is great to better inform yourself and let others know that you are very willing to talk about faith. More people might ask you about your religious practices because they are comfortable with your curiosity about others.

Many people these days think philosophy began with atheist Enlightenment philosophers, but since the beginning of time, humans have loved wisdom. We want to know why fire burns and who is up in the stars. We want to leave Plato’s cave and see the sun!

Having a grasp of philosophy and logic can help you immensely in conversing with someone with whom  you could not otherwise converse about theological or historical paths to faith.

Here’s a challenge: Look up atheist philosophers and scientists who converted to Catholicism. Your peer may be shocked to hear the news

So maybe you’re not the kind to “Tim Tebow” after your touchdown, but you can still show good sportsmanship. Pick up others, even those from the other team who you just tackled. Refuse to slander the other team while still putting up your best effort and talent.

Encourage your fellow student section to chant more positive chants about your team and not so much negative chants about the opponents. It might be a competition but it’s no excuse to act unsportsmanlike.

Selfishness thrives in young adults, always trying to better themselves and get ahead of others. School constantly reminds you of your future, your college applications, your resume, your recommendation letters, your gpa, your attendance…

Taking time from your busy life to help others reminds yourself and others that there’s more to life than class rank. There’s a Way, a Truth, and a Life—a meaning to it all that’s bigger than graduation day!

“Are you really Christian?” Say yes. “Can’t you just stay longer? Party’s not over.” It’s okay to say you go to Mass in the morning with your family and need to leave. “Why do you cross yourself before you eat?” Feel free to explain the Sign of the Cross and its importance to you. “Don’t you know that God doesn’t exist?” Well, if you believe in God, ask them if they know God does exist.

What have you done to share your faith in school? 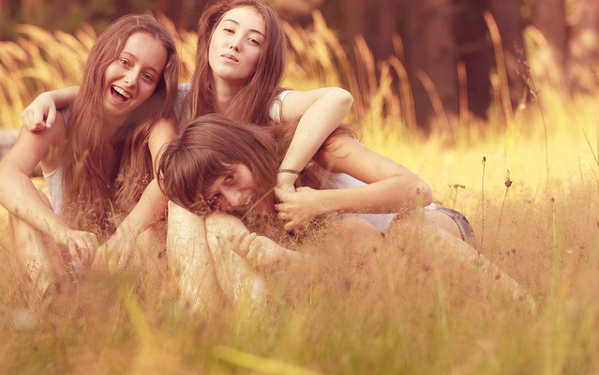 Soaking up the Son: 12 Things Every Catholic Should Try to Do This Summer

School is out, the weather is getting warmer, and ice cream trucks are once again making the rounds. Summer is… 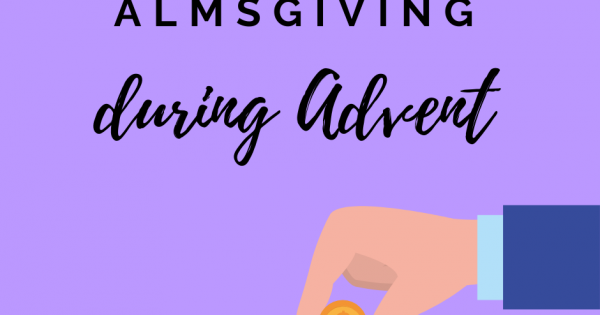 Did you know that during Advent the Church encourages us to partake in prayer, fasting, and almsgiving (much like Lent)?… 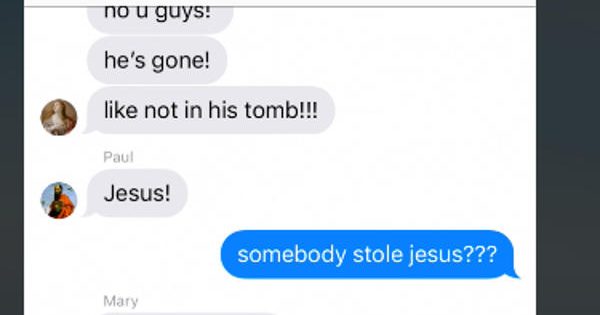 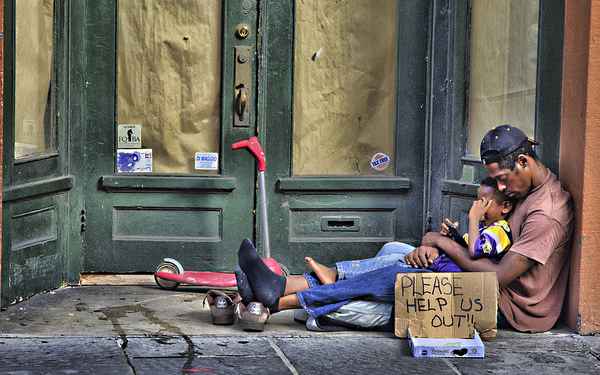 How Do You Respond To the Homeless? 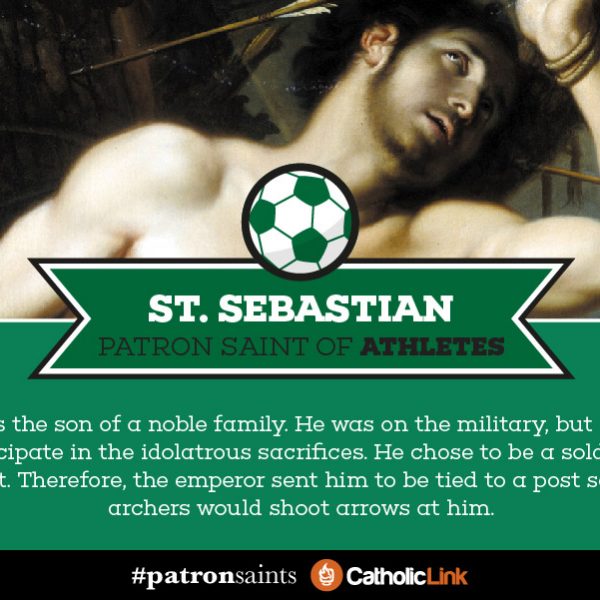 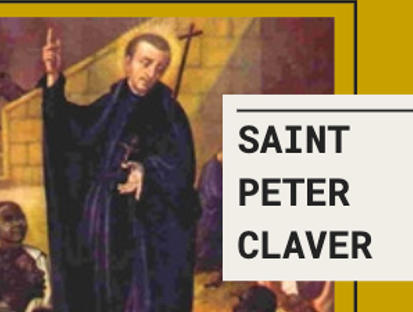 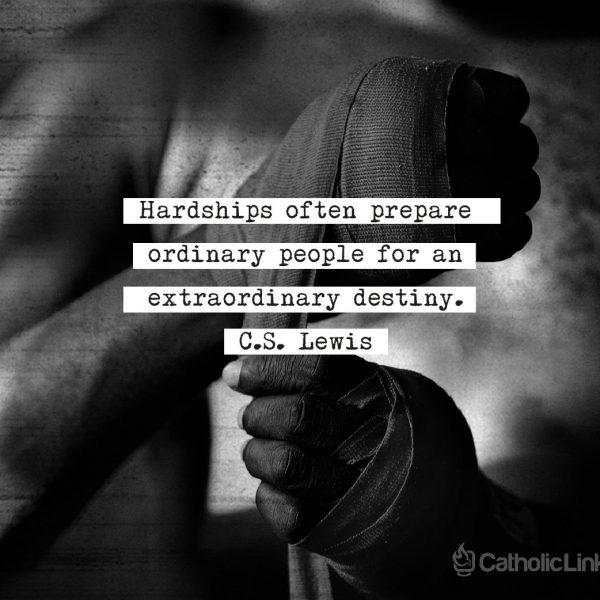 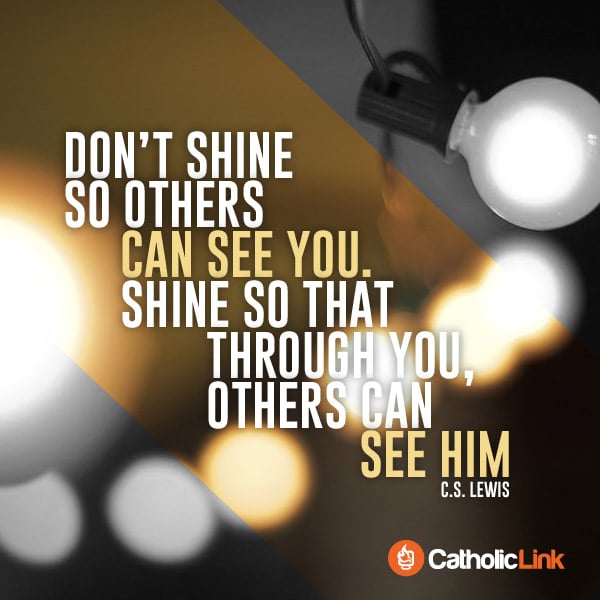 Don’t Shine So Others Can See You | C.S. Lewis

Go To Him…He Is The Way

Go to Him, He is the way, the truth, and the life. Go to Him, learn how He lived and…

What does love look like? It has the hands to help others. It has the feet to hasten to the…