What is the “Coming” of the Lord All About? How Does it Involve You?

Home » Quotes » Advent » What is the “Coming” of the Lord All About? How Does it Involve You?

We have said that this coming was unique:  “the” coming of the Lord. Yet there is not only the final coming at the end of time:  in a certain sense the Lord always wants to come through us. And he knocks at the door of our hearts:  are you willing to give me your flesh, your time, your life?

This First Letter to the Thessalonians is the first of all St Paul’s Letters, written probably in the year 51. In this first Letter we can feel, more than in the others, the Apostle’s pulsating heart, his paternal, indeed we can say maternal, love for this new community. And we also feel his anxious concern that the faith of this new Church not die, surrounded as she was by a cultural context in many regards in opposition to the faith.

Thus, Paul ends his Letter with a hope, or we might almost say with a prayer. The content of the prayer we have heard is that they [the Thessalonians] should be holy and irreproachable to the moment of the Lord’s coming. The central word of this prayer is “coming”. We should ask ourselves what does “coming of the Lord” mean? In Greek it is “parousia”, in Latin “adventus”, “advent”, “coming”. What is this “coming”? Does it involve us or not?

To understand the meaning of this word, hence, of the Apostle’s prayer for this community and for communities of all times – also for us – we must look at the person through whom the coming of the Lord was uniquely brought about:  the Virgin Mary.

Mary belonged to that part of the People of Israel who in Jesus’ time were waiting with heartfelt expectation for the Saviour’s coming. And from the words and acts recounted in the Gospel, we can see how she truly lived steeped in the Prophets’ words; she entirely expected the Lord’s coming.

She could not, however, have imagined how this coming would be brought about. Perhaps she expected a coming in glory. The moment when the Archangel Gabriel entered her house and told her that the Lord, the Saviour, wanted to take flesh in her, wanted to bring about his coming through her, must have been all the more surprising to her.

We can imagine the Virgin’s apprehension. Mary, with a tremendous act of faith and obedience, said “yes”:  “I am the servant of the Lord”. And so it was that she became the “dwelling place” of the Lord, a true “temple” in the world and a “door” through which the Lord entered upon the earth.

We have said that this coming was unique:  “the” coming of the Lord. Yet there is not only the final coming at the end of time:  in a certain sense the Lord always wants to come through us. And he knocks at the door of our hearts:  are you willing to give me your flesh, your time, your life?

Therefore we can say that this prayer, this hope, expressed by the Apostle, contains a fundamental truth that he seeks to inculcate in the faithful of the community he founded and that we can sum up as follows:  God calls us to communion with him, which will be completely fulfilled in the return of Christ, and he himself strives to ensure that we will arrive prepared for this final and decisive encounter. The future is, so to speak, contained in the present, or better, in the presence of God himself, who in his unfailing love does not leave us on our own or abandon us even for an instant, just as a father and mother never stop caring for their children while they are growing up.

Before Christ who comes, men and women are defined in the whole of their being, which the Apostle sums up in the words “spirit, soul and body”, thereby indicating the whole of the human person as a unit with somatic, psychic and spiritual dimensions. Sanctification is God’s gift and his project, but human beings are called to respond with their entire being without excluding any part of themselves.

It is the Holy Spirit himself who formed in the Virgin’s womb Jesus, the perfect Man, who brings God’s marvelous plan to completion in the human person, first of all by transforming the heart and from this centre, all the rest.

Thus, the entire work of creation and redemption which God, Father and Son and Holy Spirit, continues to bring about, from the beginning to the end of the cosmos and of history, is summed up in every individual person. And since the first coming of Christ is at the centre of the history of humanity and at its end, his glorious return, so every personal existence is called to be measured against him – in a mysterious and multiform way – during the earthly pilgrimage, in order to be found “in him” at the moment of his return.

May Mary Most Holy, the faithful Virgin, guide us to make this time of Advent and of the whole new liturgical year a path of genuine sanctification, to the praise and glory of God, Father, Son and Holy Spirit.

Source: First Vespers of the first Sunday of Advent (26 November 2005) 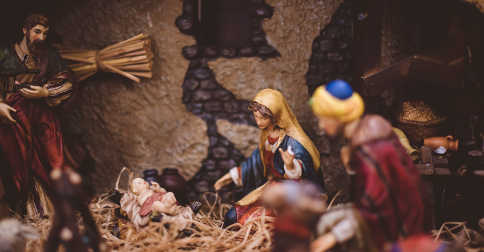 If you were to walk through the narrative of the Nativity story, you’d know it pretty well, right? That’s not… 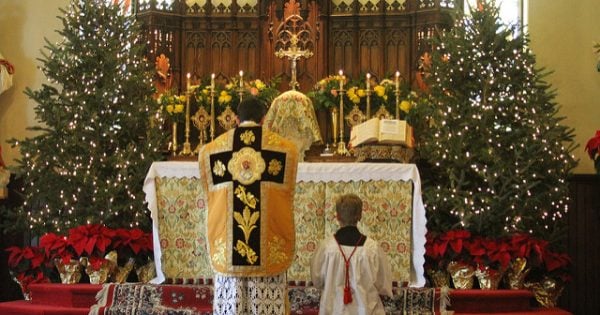 All of us have surely noticed the jump in Mass attendance at Christmas. Many Catholics who don’t attend Sunday Mass… 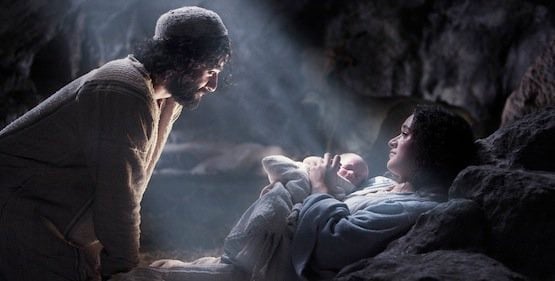 The Christmas Story Is Your Story Too

The beauty of each narrative found in the Sacred Scriptures lies in the fact that there are always, in reality,… 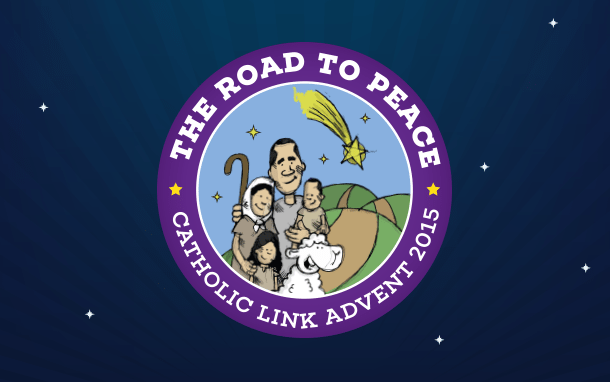 Have you heard the Good News? An angel announced to the Blessed Virgin that a child would be born. A… 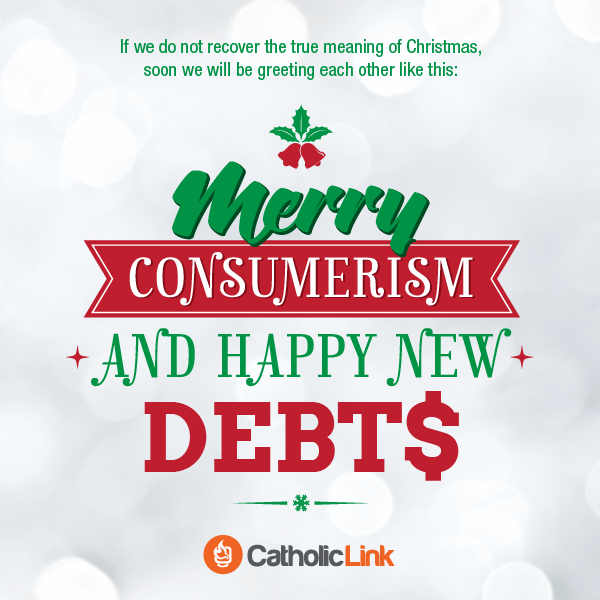 Happy New Debts – Is This The New Meaning Of Christmas? 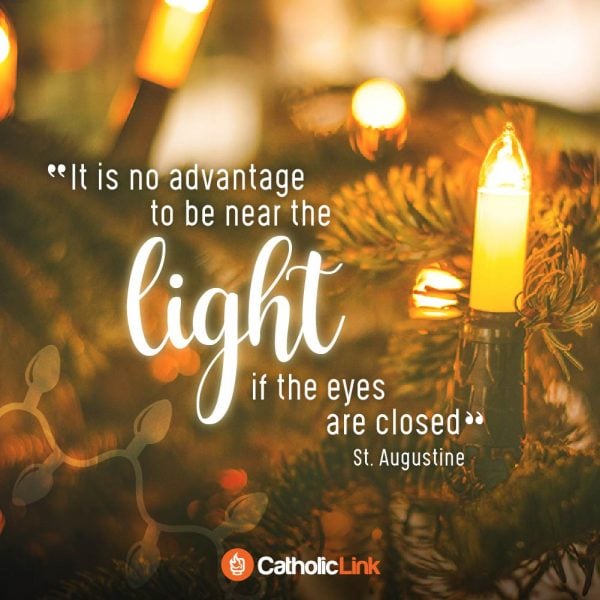 It Is No Advantage To Be Near The Light | St. Augustine

The Real Commitment of Advent: Not Expensive Gifts, But Joy

We cannot keep solely for ourselves this joy that we have received; joy must always be shared. Joy must be…

The House Of Christmas | G.K. Chesterton There fared a mother driven forth Out of an inn to roam; In…