World Youth Day in Krakow Poland was a huge, week-long event with catechesis in multiple languages all over the city.

I was blessed to be able to attend the English catechesis at the Mercy Center in the Tauron Stadium. All of the speakers were clear and able to engage the youth in their own ways. (The main part of the panel starts at the 10 minute mark in the video.)

The Religious Freedom Panel took place after the lunch sessions and was followed by the Adoration and Music event. We were introduced to Archbishop William E. Lori, George Weigel, Jacqueline Isaac, and Archbishop Bashar Warda of war-ravaged Erbil Iraq.

At minute 5:40 in the video, Archbishop Warda receives a standing ovation upon his introduction to the crowd. I must say that the video doesn’t do justice to the palpable solidarity in the stadium in that moment. When we all stood to acknowledge this brave bishop, a massive crowd in a 15,000-capacity stadium, we showed him that he is not alone, that he doesn’t even have to say anything because we understand the horrible suffering of the Christians in Iraq.

This is the cry sent out for the recognition of the genocide of Christians in the middle east by ISIS.  I hope you watch this and are as inspired as the youth in this video were. The Pope has called for solidarity and love for our suffering brothers and sisters here at home and a world away. Prayers and the support of charities have helped sustain their faith. The people of Erbil and all around Iraq decided to leave everything and keep Christ, these are the forgotten saints of our time. Do not allow them to be forgotten!  The Archbishop describes the confusion of many who question him in the face of his persistence in faith, and his refusal to abandon his flock: “‘Why are you a Christian?’ They say. I say ‘For me, Christianity means to be alive!’”  The Archbishop pleads with us: “Please hold onto Christ, please keep the Christian faith. Please, we need you. If you are strong: we will continue. There is no way to compromise with Christianity, either to be a Christian or not. Please!”

Please share and tell the story that is not comfortable to tell. Tell their story! We need each other!

A special thanks to the Knights of Columbus and the Sisters of Life for putting on such an amazing, life-changing event! Panel Discussion on Religious Freedom featuring: Archbishop William E. Lori, George Weigel, Jacqueline Isaac, Archbishop Bashar Warda of Erbil, Iraq and a special guest Christian refugee.

Have you ever actually stopped to think about the genocide of Christians in Iraq? Now that you have had a moment to watch this video, what are ways that we as Catholics can help? In what ways are you willing to help?

Iraq’s Archbishop acknowledged the injustice of the war against religious freedom in the West, even if it doesn’t look the same.  Does his acknowledgment move you to work to uphold the freedoms that we do have? 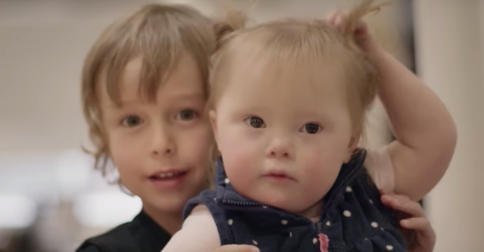 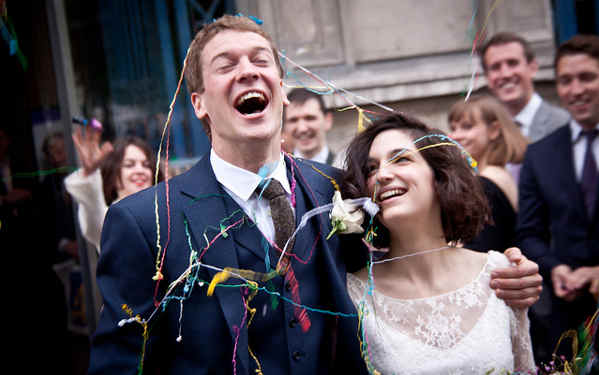 (QUIZ) Which Method of NFP Fits Your Marriage?

Though many see big families a blessing, there are those who are called to limit family size for just reasons…. 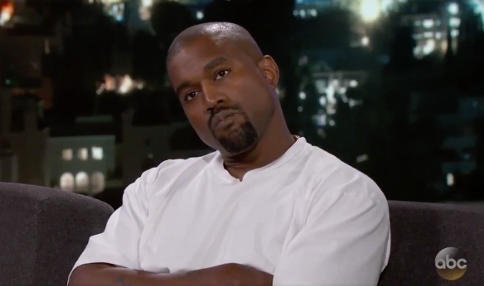 I’m completely shocked and saddened by this viral interview that took place on Jimmy Kimmel Live! a few nights ago and resulted… 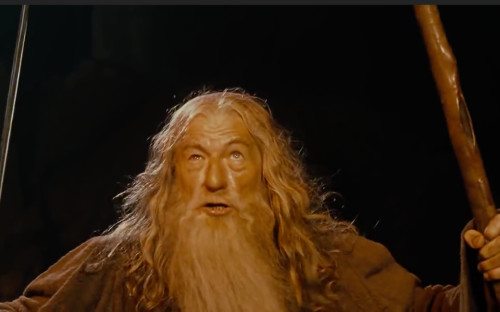 “You Shall Not Pass!” – Ode to the Manly Priest and the Priestly Man

I have a pastor who is “in his natural habitat” at the altar and at the pulpit. His ars celebrandi… 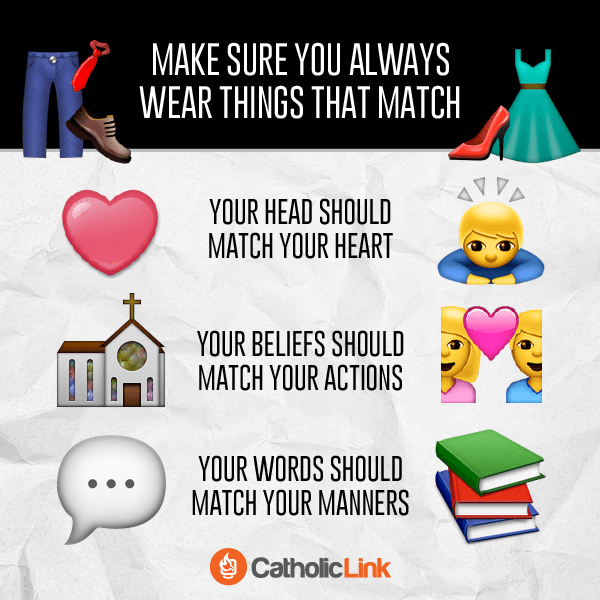 Make sure you always wear things that match | Catholic-Link.org

GIF: Love will last as long as you take care of it

God gives you Christ as the foundation of your marriage. ‘Welcome one another, therefore, as Christ has welcomed you, for…