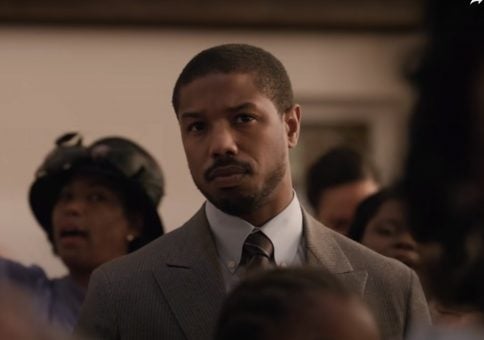 For anyone old enough to remember when the movie Dead Man Walking was released in 1995, they might recall how it became a defining moment in the American consciousness around the issue of capital punishment. Sr. Helen Prejean's story of faith and accompaniment on...

Krisanne Vaillancourt Murphy is the Executive Director of Catholic Mobilizing Network. Krisanne has twenty-five years of experience working in national level, faith-based policy advocacy. She has been quoted in sources such as the New York Times, CNN, America Magazine, Crux, National Catholic Reporter, EWTN News Nightly and featured on JustLove Radio on Sirius XM. For more than a decade, Krisanne served as the senior church relations staff at Bread for the World, a collective Christian voice urging our nation’s decision makers to end hunger at home and abroad. Krisanne is co-author of Advocating for Justice: An Evangelical Vision for Transforming Systems and Structures.

From 2003 to 2005, Krisanne served as the Executive Director of Witness for Peace, a politically independent, faith-based national grassroots organization committed to promoting peace, justice, and non-violence in U.S. foreign policy. In the late 90’s Krisanne was an associate with the Latin America Working Group, one of the nation’s longest standing religious coalitions dedicated to a just foreign policy in the region. She had a special focus on labor rights and corporate responsibility. In 1994, Krisanne served for a year in a faith-based domestic service program working alongside migrant farmworkers in Woodburn, Oregon.

She has a Masters in Theology degree from Boston College (formerly Weston Jesuit School of Theology in Cambridge, Massachusetts). Krisanne and her husband Jay reside in Washington, DC with their three children.