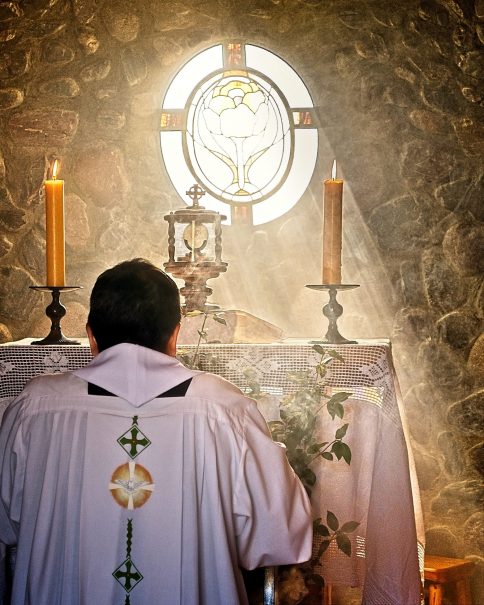 You are missed. In his magnificent biography of Saint John Paul II, George Weigel writes that to Father Karol Wojtyła, “a priest without a parish was a vocational absurdity.” A priest is ordained to be a man for others, “to go from men to God and offer Him their...

I first thought about being a priest when I was in 5th grade and had just begun altar serving. As high school approached, however, the idea of being a priest was pushed out of my mind as other interests took its place. I was very interested in history and politics and decided I wanted to be a politician and fix the country. I was also a lot more interested in girls, and a life of celibacy just didn’t seem to fit into the picture.

When I entered college at the George Washington University, I quickly realized politics was not for me and I began to get involved in the Newman Catholic Center on Campus. I began attending daily Mass, going to the weekly hour of Eucharistic Adoration, and more and more of my friends told me that I should think about being a priest. Still, priesthood was not what I wanted; I rejected it every time someone suggested the possibility to me. At the same time, I felt like I had to have my life planned out, so this question of discernment had to be settled as well: should I be a priest or should I get married? I began to put a lot of pressure on myself; I had to figure this out! Finally, after being so full of anxiety, I turned to the Vocation Director. He told me to stop discerning, and just get to know the Lord. It was a bombshell for me! Stop discerning? But I took his advice and focused purely on praying and getting to know the Lord. I didn’t think about what my future would be like, I didn’t make plans for after college; I just left myself open.

In this environment the Lord began to work in me. One day I was praying at Mass and I looked toward the altar during the Eucharistic prayer and I thought, “Maybe I could do this.” Immediately, God gave me tremendous grace and joy. I was so happy and I didn’t know why! The only way I can describe it is the way the disciples described their feelings after meeting Jesus on the road to Emmaus, “Did not our hearts burn within us as he spoke to us on the way?” I knew God was speaking to me! All I wanted to do was to be with Him and do what He wanted. And all of a sudden I knew I had to start thinking about discerning again. I met again with Msgr. Panke and this time he suggested not only that I might be called to enter seminary, but that perhaps I should think about entering right after graduation. I had never in a million years thought about seminary right after graduation! But the more I thought and prayed about it, the more it just made sense. So I applied, not quite sure what I was doing, but trusting that the Lord would take care of me. When I was accepted, I was so happy and I ran to the Newman Center chapel to thank God. I prayed evening prayer and the antiphon for the day was “Did not our hearts burn within us as he spoke to us on the way?” What consolation and confirmation! Since entering the seminary, the Lord has blessed me with so many great joys and I have never been happier!