When I first read Pope Francis’ thoughts on gossip, I was both surprised and relieved- and chastened. His words about gossip are so strong. I didn’t think I was someone who was a big gossip, but when I thought about it, I was sad to realize that I was, and what’s more, I hadn’t seen it as a big deal. I did it without even thinking.  Gossip is so widespread, and we are probably all guilty of it at some point.

Gossip doesn’t always present itself in an overly obvious way; sometimes, we are in the middle of it before we realize that we are gossiping. It is also a hard habit to stop. With that in mind, I wanted to unpack some of the key points from Pope Francis’ words on gossip, in the hope that they will help towards breaking this destructive habit.

“It’s so rotten, gossip. At the beginning, it seems to be something enjoyable and fun, like a piece of candy.  But at the end, it fills the heart with bitterness and also poisons us”

Pope Francis is right. There is an element of gossip that brings people together. It’s like that moment when you realize that everyone is annoyed by that one guy in your training course, or that is wasn’t just you being upset by that one parent at the school gate but others as well, or that everyone else in the office has been made to cry at some point by your boss.

Realizing that you are not alone in stressful human interactions is a very real and necessary thing. We all need support and solidarity when we face other people who are hurtful. However, there is a fine line between this and between taking our revenge in the form of gossip. When we fall into gossip, we take the authority on ourselves to dole out justice to the other person in the form of destroying them with words. Destructive words are never constructive. It means that we fail to see the good in the world or the ability for others to change. And in that, we develop a negative attitude which in turn, poisons us.

Pope Francis also said, “Gossip is “criminal” as it destroys, rather than exalts the image of God present in others.”  If someone has hurt us, or hurt others, it is very difficult to acknowledge that they have the image of God in them, that they were created equal to us by a loving God. Yet, that is the truth. Gossip refuses to see that person as someone who is loved by God and who can change and grow just as we do. Pope Francis added, strongly, that  “Gossiping is terrorism because the person who gossips is like a terrorist who throws a bomb and walks away, destroying; they destroy with their tongue, they don’t make peace.” These are difficult words to read. We do not like to be compared with such evils, especially when they are so prevalent in our world today. Wars start with words, and if we want to achieve any kind of peace in our world, we must start with peace in our hearts and our interactions with others.

“Those who live judging their neighbors, speaking badly of them, are hypocrites because they don’t have the strength, the courage to look at their own defects,”

This quote is the key to understanding why we gossip and why it is such a huge part of our daily conversations. We gossip out of the fear that we are not good enough ourselves. We gossip to make ourselves feel better about ourselves. We gossip to tell ourselves ‘I would never do that, I’m ok.’ We want to find much-needed fulfillment by putting other people down. We ignore our defects and therefore, they become bigger and bigger, the elephant in the room we cannot acknowledge. All the while you ignore something, it has the power to become scarier and more impossible to overcome. It takes courage to look at our defects, but it does mean that, when looked at directly, we can find the healing and forgiveness to overcome them. The truth is, we all, at some point, want to escape ourselves, to walk away from the mistakes we’ve made and the parts of ourselves we are ashamed of and the person we fear we will become. It is easier to tear others down to build ourselves up than to face ourselves. But when we do, the fall is not as hard as we expected, because we are caught in the loving arms of God the Father, ready to offer us the healing we so badly need.

1. Realize it is Gossiping in the Moment 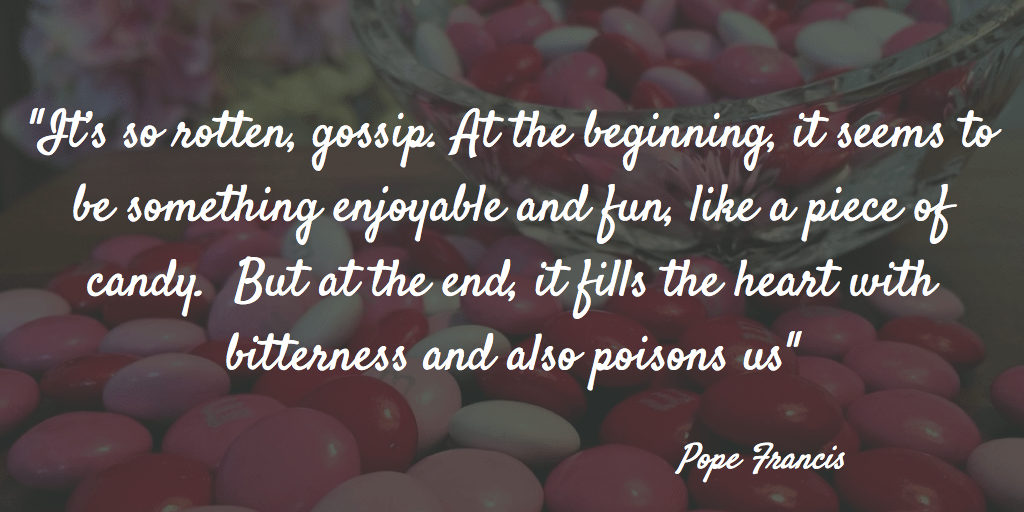 Very often, we don’t sit down with friends to have a gossip with someone about someone else (and if we are, that’s the first step. Stop doing that!). Sometimes, a conversation takes a turn for the worse into being unkind, passing on private information about someone else, or in-depth speculating into someone’s personal life. The first step to avoiding gossip is to recognize that that is what it is. You can ask yourself, ‘would I want someone to be discussing this about me?’ 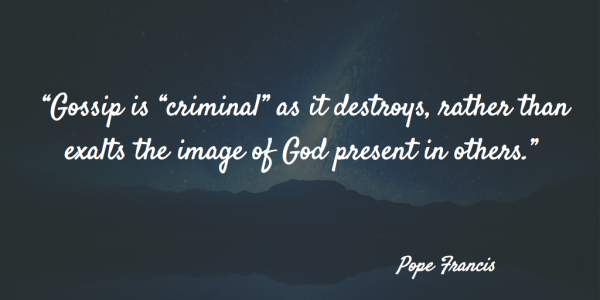 Don’t ask leading questions if the topic has gone there. Steer the conversation away. The truth is, most people want to be included in a conversation and will most happily follow wherever a conversation goes. You can politely, cheerfully, and discretely move a conversation totally away from gossip by making another piece of unobjectionable small talk.

3. If it is appropriate, defend the person or put in a different perspective 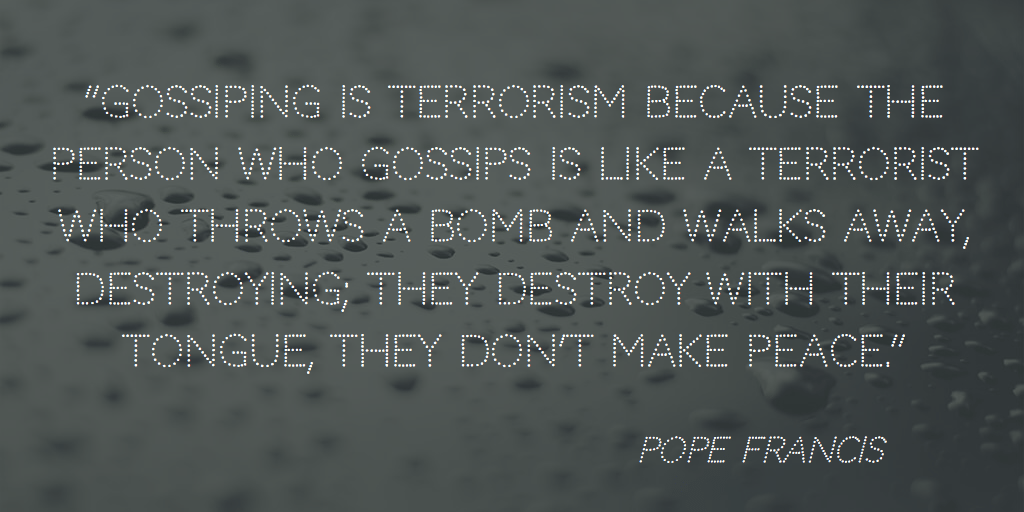 This shouldn’t be done with the intention to continue the conversation about the individual, but if you know that something is being said that is untrue, you can put in a calm word to correct the gossip. Or you can remind those in the conversation that the person being gossiped about, as we all are, is a human being with flaws, by offering a different perspective. This could be something as simple as, “maybe they were having a bad day” or similar.

4. Offer up a silent prayer for this person. 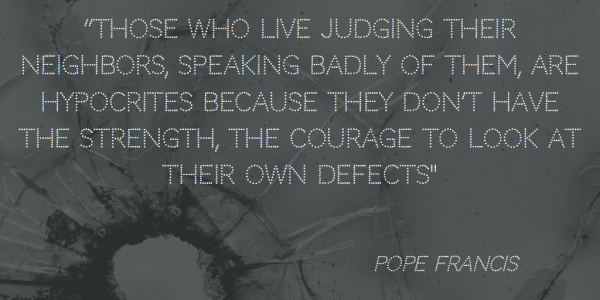 St Gertrude the Great said, “the more we pray for someone, the more that blessing rests on him, for no prayer made in faith remains unanswered, even if the manner of its answering is hidden from us.” Praying for the person that we have been gossiping about reminds us of the other person’s humanity and God’s perspective on the situation. It reminds us that we are both immensely loved by God and that we are all human beings on our way to God. While our behavior falls short of that love, His mercy is there to heal us.

“I am convinced that if each one of us would purposely avoid gossip, at the end, we would become a saint! It’s a beautiful path!” – Pope Francis 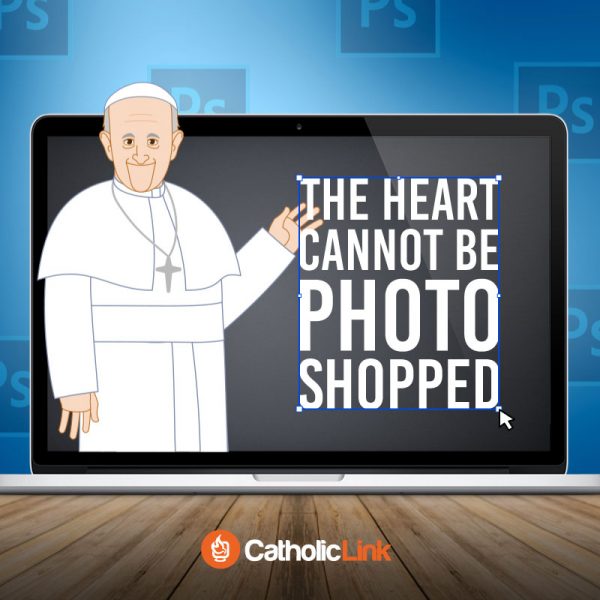 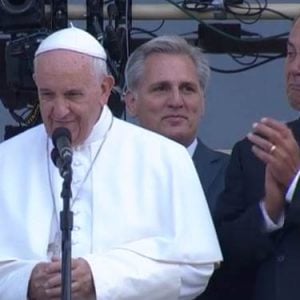 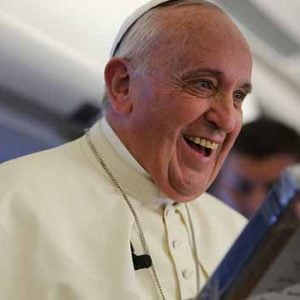 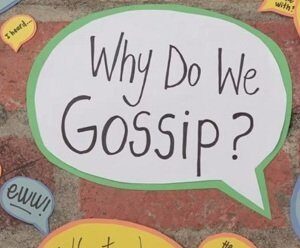