When we make a list of the now deceased actor Robin Williams’ movies, surely one of the first to appear will be “Dead Poets Society”. It’s without a doubt a classic. The story is a simple one: John Keating (Robin Williams) is a literature professor who, through poetry, inspires his students from the prestigious Welton high school to think with their own minds and not by the standards that the world imposes them. This inspires these young men to do things they never before thought of doing. Although the movie dates back to 1989, I think it has some very contemporary elements, useful to illustrate a still very vivid reality today. Here are three points:

Welton prep school and its rigid teachers, tied to the institution’s tradition, personify what is known as pseudo-Christianism. According to these teachers and the school’s rules, life should be a constant gazing towards the future, forgetting about the present and projecting all of our actions towards tomorrow. Killing oneself studying and giving up life today, in order to be a professional tomorrow. This pseudo-Christianism posits that it’s necessary to suffer today, in order to be comforted afterwards in Heaven.

But this is not what we are called to live. Williams’ character is the one who gives the key in the movie to live like true Christians: “Carpe Diem”. Professor Keating, from the very first class, gives his boys a guide so that they wake up from that zombie state in which the school and their teachers have formed them. Sometimes we too fall into that state, giving meaning to our lives just because tomorrow we’ll be in Heaven. Paradise should be lived in the present. Happiness on earth is possible. In Heaven, yes, it will be fully complete, but today we can be happy. Saint Paul says: “Rejoice in the Lord always. I will say it again: Rejoice”! God is with us today, here and now. It’s possible to be happy in Him. C.S Lewis wrote in “The Screwtape Letters”:

“Do not be deceived, Wormwood. Our cause is never more in danger than when a human, no longer desiring, but still intending, to do our Enemy’s will, looks round upon a universe from which every trace of Him seems to have vanished, and asks why he has been forsaken, and still obeys.”

2. Conformity: the difficulty of maintaining our beliefs in the face of others

The scene that captures this in the movie is excellent. In his class, Keating tells three of his students to start walking in a line around the yard. Each one starts with his own step and speed, and suddenly the three of them start walking evenly, forming a rhythm which makes the rest of the class start clapping with the stepping of the march. That’s when the professor stops them and says:

“Now, I didn’t bring them up here to ridicule them. I brought them up here to illustrate the point of conformity: the difficulty in maintaining your own beliefs in the face of others. Now, those of you — I see the look in your eyes like, ‘I would’ve walked differently’. Well, ask yourselves why you were clapping. Now we all have a great need for acceptance, but you must trust that your beliefs are unique, your own, even though others may think them odd or unpopular, even though the herd may go ‘that’s wrong’.”

Nowadays, it’s very hard to stay strong with what one believes. We live in a society which is constantly pushing us to accept things that we don’t share, that we don’t consider right. That is when we have to defend our position even if it’s “odd or unpopular”. Being a Christian will mean, more than once, being a sign of contradiction. “Two roads diverged in the wood and I, I took the one less traveled by, and that has made all the difference”, professor Keating taught them.

3. To enjoy life doesn’t mean to drown in enjoyment

After giving them some lessons on how to live, Keating warns the young men that seizing the day doesn’t mean I can do whatever I want. “You told us to make the best of life”- a student complains – “Yes, but not to drown in enjoyment” – answers the professor. In life we ought to know the time and place for everything. Seizing the day means giving meaning to your actions, giving the best of yourself and being authentic.

There’s a moment when Williams’ character says: “If the story of humanity were a poem, what would your verse be?”. We could ask ourselves: what would my story say about me? What was my contribution in the story of humanity? – “But I can’t do anything from my spot, I’m no one”- you could tell me; professor Keating answers for us: “words and ideas can change the world”. Maybe not the whole world, but the one of those around you, or your own world. Each one of us has his own verse to contribute to the great poem of humanity, it doesn’t seem fair for you to keep yours. – “I can take care of myself just fine. All right?” – Asks one of the Welton students to his roommate. “No!” He answers. We aren’t made only for ourselves. We are also made for others.

But we can’t forget that in the fight for those dreams and ideals there comes frustration. This means things aren’t always how we want nor how we’d imagined them. We have to be prepared for failure. But – careful! This failure doesn’t mean everything’s lost and there’s no hope. There are always roads to a solution. This is the lesson that Neil, one of the characters of the movie, failed to learn. As the professor well says: “There’s a time for daring and there’s a time for caution, and a wise man understands which is called for”.

This movie review originally appeared here for Catholic-Link Spanish. It was translated into English by María Isabel Giraldo. 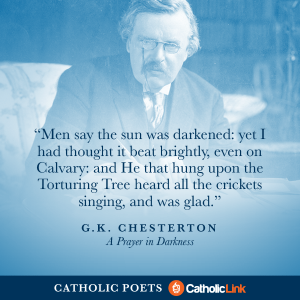 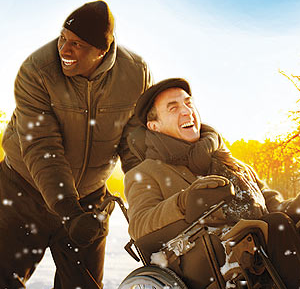