This past weekend my family had the opportunity to watch the movie Believe and it was just what we needed to help us get into the true spirit of the Advent season. My oldest three boys (ages 11, 10, and 7) had a lot to say about the movie and the message that is at the heart of the film. Each of them gave Believe a 5 out of 5 stars! I heard the boys laughing throughout the film, but I’m the only one in the family who will admit to shedding a few tears.

This incredibly uplifting film directed by Billy Dickson tells the story of Matthew Peyton and the small town of Grundy, VA. For years Peyton has organized and funded the town’s Christmas pageant, but due to a lack of funds and financial hardship, he will be unable to support the tradition this year.

Of course, this causes quite a stir within the small town and Peyton soon finds himself the target of the people’s anger. The story unfolds as Peyton finds himself crossing paths with a young boy named Clarence and his mother, Sharon. Clarence is a strong believer in miracles and his dynamic personality quickly draws Mr. Peyton out of his self-centeredness.

“Believe” – A Film About Hope

This is definitely a movie that the whole family will enjoy. With a delightful mix of action, comedy, and drama, Believe will appeal to all ages. While watching the film, I noticed familiar elements of a few of the classic Christmas movies that we all love – It’s A Wonderful Life, A Christmas Carol, and Miracle on 34th Street. Believe will now be one of those movies that we come back to year after year.

There are some important lessons about the power of prayer and putting your faith, hope, and trust in God in spite of how your circumstances might make things appear. I also loved watching Matthew Peyton grow from being a man who cared mostly for himself into a man who put the needs of others first. He provides a very timely reminder to think of those less fortunate than ourselves during the Advent and Christmas season.

Typically when I write movie reviews I like to include some discussion questions, but Believe has already created study guides for both students and churches that are available to download for free here.

I encourage your family (or your Church family) to see Believe in theaters during Advent this year. You will leave inspired to press on with hope and believe that all things are possible with God! 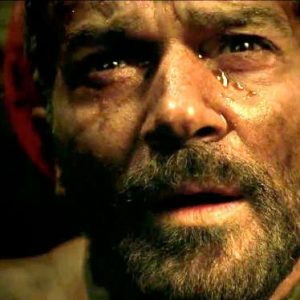