by Will WrightHoliness, Pope Francis

Fratelli Tutti is the latest encyclical of Pope Francis. Fratelli Tutti draws its name from the “Admonitions” of St. Francis of Assisi who reminded his friars that all men are brothers in being created by the same Creator. As human beings, men and women are brothers and sisters, by nature.

An encyclical is a circular letter that the Pope writes to the whole Church. In the case of Fratelli Tutti, the audience is broader than the Church and extends to each man and woman, each nation, and each community. In this, it reads very differently from previous encyclicals. Whereas most encyclicals focus on a catechetical topic or a evangelistic presentation of the Gospel, Fratelli Tutti is what I would call “pre-evangelization.” It is a “Social Encyclical” that is focused on fraternity and social friendship.

Coming after months of the Covid-19 pandemic, the Pope addresses a world that has been ravaged. He is addressing people, the world over, who are feeling the effects of isolation, fear, anger, resentment, and detachment. He is calling all to social friendship and fraternity, by virtue of being members of the same human race. All have immeasurable dignity.

“Social friendship and universal fraternity necessarily call for an acknowledgment of the worth of every human person, always and everywhere. If each individual is of such great worth, it must be stated clearly and firmly that ‘the mere fact that some people are born in places with fewer resources or less development does not justify the fact that they are living with less dignity.’ This is a basic principle of social life that tends to be ignored in a variety of ways by those who sense that it does not fit into their worldview or serve their purposes (FT, 106).”

The Pope covers considerable ground in this document. He speaks on the common good, politics, economics, global problems, selfishness and indifference, abortion, human trafficking, racism, poverty, labor, organized crime, fear, loneliness, and much else besides. Instead of giving a full summary of the document, I would like to give my main takeaway. I would like to present how I intend to live out Fratelli Tutti in the coming year.

There is an unfortunate trend within the Church today to read the works of others in the most uncharitable light possible. There is no exception when it comes to Pope Francis. Admittedly, there are aspects of our current Pontiff’s teachings and actions that I find problematic, confusing, and frustrating. I think it is not disrespectful to say as much. However, he is the Pope and therefore deserves a charitable reading, especially in an encyclical which bears a high magisterial authority. So, when a new encyclical comes out, I take it seriously and try not to read my own thoughts into it.

I also had the providential opportunity just before my first reading of Fratelli Tutti to do a deep dive into Pope John Paul II’s document on the Gospel of Life, Evangelium Vitae. With any priest, bishop, or Pope, the important thing to look for is coherence over many years, even decades and centuries.

When one Pope shares his opinion on a matter that does not pertain to Faith and Morals, he may be right or wrong. This means that when the Pope speaks on sociology, politics, economics, and so forth, we show him respect and take his thoughts seriously. However, we need not agree with every prudential judgement than any Pope makes.

That being said, when the Pope teaches officially on Faith and Morals, he is guarded by the Holy Spirit by virtue of his office. When doctrines are developed and explained by multiple Popes over the years, there is a coherence which raises the level of trustworthiness of a teaching.

If you are Catholic and have not read Fratelli Tutti, I highly recommend reading Evangelium Vitae beforehand. For those who are not Catholic, I recommend the reverse reading plan: begin with Fratelli Tutti and then read Evangelium Vitae. The two encyclicals, twenty-five years apart, pair well. Fratelli Tutti speaks to modern man to plant the seeds of the Gospel, based on human fraternity and social friendship. This message is expounded and driven home, in the light of Jesus Christ, in the Gospel of Life.

There are two forces in our modern world which trouble me. The first is that we often build silos of like-minded people, where we feel safe. Social media often has this effect. We only follow people and ideas that we like, and often any post is like shouting into the void. The second force is networking based on utility. What do I stand to gain from this relationship or that, whether personally or professionally?

In Fratelli Tutti, Pope Francis wrote this remarkable sentence: “We gorged ourselves on networking, and lost the taste of fraternity (FT, 33).” How true is that! Fraternity means recognizing that we are brothers and sisters, by virtue of being human.

This is elevated infinitely higher through the Sacrament of Baptism as well. By Baptism, we are made adopted sons and daughters of the Father. How do we treat our fellow man and woman in the Church? Do we dwell with them in fraternity or do we have only the view to network?

In the Church or out, do we vilify those with whom we disagree? Or do we seek to enter into dialogue and relationship with them. Pope Francis has taken a lot of flak from those in the Church who describe themselves as “traditional,” “orthodox,” or “conservative” for the idea of dialogue, especially with those of other Faiths. Some of this criticism is valid, but most is not, in my estimation. It is easy to disregard someone, it is far more difficult (and fruitful) to engage them in charitable dialogue.

Sacrifice and Suffering Together

In Fratelli Tutti, Pope Francis speaks of recognizing and entering the suffering of another as an essential and often forgotten aspect of humanity, saying,

“… we were created for a fulfilment that can only be found in love. We cannot be indifferent to suffering; we cannot allow anyone to go through life as an outcast. Instead, we should feel indignant, challenged to emerge from our comfortable isolation and to be changed by our contact with human suffering. That is the meaning of dignity (FT, 68).”

In order to uphold the dignity of the other, we have to be willing to be uncomfortable. In the coming year, this is going to be a focus for me. Who near me is hurting and in need of the mercy of God and the touch of Jesus Christ? How can I facilitate that encounter?

Though not a new fight, the fight against abortion and euthanasia seems to need more effort than ever from the faithful followers of Jesus Christ. The Pope remarks on the current reality saying:

“Some parts of our human family, it appears, can be readily sacrificed for the sake of others considered worthy of a carefree existence. Ultimately, ‘persons are no longer seen as a paramount value to be cared for and respected, especially when they are poor and disabled, ‘not yet useful’ – like the unborn, or ‘no longer needed’ – like the elderly (FT, 18).’”

Those at the end of their life, the unborn, the poor, the marginalized, and those unjustly discriminated against deserve our unconditional love, respect, and care. For the follower of Jesus, this is not negotiable. The Pope is right to speak out against a materialistic attitude which discards human beings.

Photo by Simon Maage on Unsplash 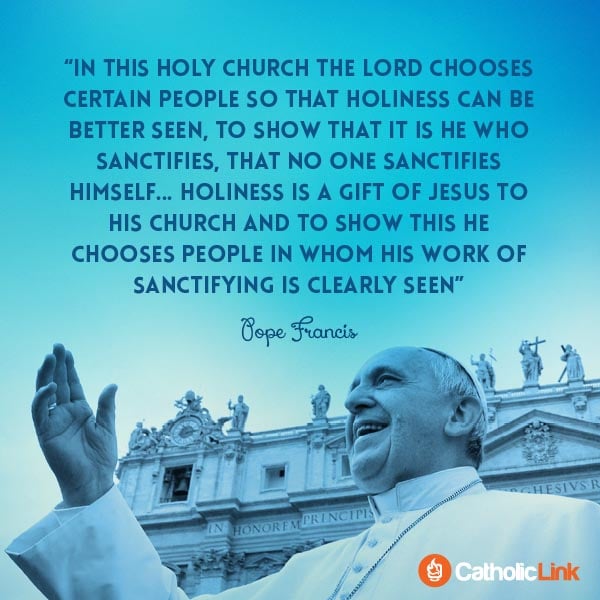 Holiness Is A Gift Of Jesus To His Church | Pope Francis 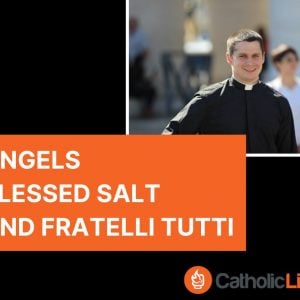 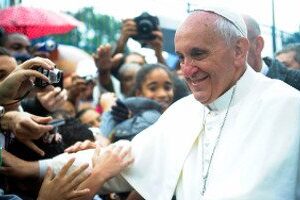 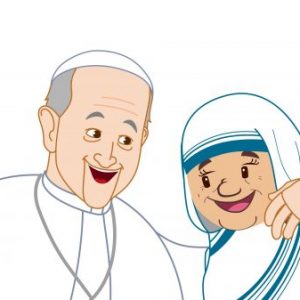 Mother Teresa, The Saint Of Darkness 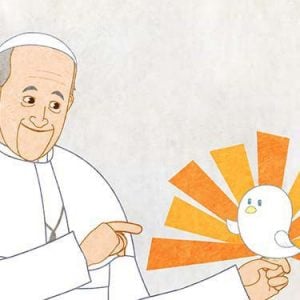 Pope Francis Explains: How To Pray When You Have No Time! 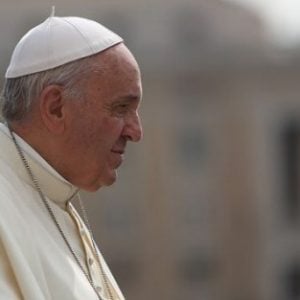