1. Think about Courage: “Here I am Lord”

In Sunday’s first reading, the prophet is ready and willing to surrender to the Holy Spirit. “Lord, I am ready to do your will.” St. Ignatius encouraged his spiritual advisees think about serving the King – serving with courage – when trying to discern their vocation. If there’s fear in the way, imagine that the king has given you a great assignment, and he is also trying to give you all the graces and strength to carry it out. Your job is to be receptive and to allow Him to build you up in courage. Courage to take the first step – towards religious life, towards the priesthood, towards married life by asking the girl out, etc. Pray for courage and the gift of perseverance.

Living the life of virtue is to moderate pleasure, ceasing to be people of the flesh, of comforts, of bodily pampering. Disciplining the body entails educating the body in order to educate the emotions (which can so often be deceptive and malformed). Through exercise, through penance, through fasting, you can move towards discernment of your vocation by detaching from pleasure, creating space and silence to hear the Lord speaking to you about His plan for your life.

3. Hear the Lord ask you “What are you looking for?”

Examine your desires. Are they godly? Do they correspond more generally to the good that Jesus and scripture teach? Slowly through conversion, try to bring your desires into line with what God has in mind for you.

If you’re not there yet, pray for a conversion of heart, a change of perspective. Freedom to follow Our Lord, freedom to follow Him into your vocation. If you are blindly following the world, if you’re unhappy or uncertain, often the first step is to slow down and examine what is truly good, and what the Lord is asking of you.

At that time Samuel was not familiar with the LORD, because the LORD had not revealed anything to him as yet. The LORD called Samuel again, for the third time. Getting up and going to Eli, he said, “Here I am. You called me.” Then Eli understood that the LORD was calling the youth. So he said to Samuel, “Go to sleep, and if you are called, reply, Speak, LORD, for your servant is listening.” When Samuel went to sleep in his place, the LORD came and revealed his presence, calling out as before, “Samuel, Samuel!” Samuel answered, “Speak, for your servant is listening.”

Samuel grew up, and the LORD was with him, not permitting any word of his to be without effect.

John was standing with two of his disciples, and as he watched Jesus walk by, he said, “Behold, the Lamb of God.” The two disciples heard what he said and followed Jesus. Jesus turned and saw them following him and said to them, “What are you looking for?” They said to him, “Rabbi” — which translated means Teacher —, “where are you staying?”

He said to them, “Come, and you will see.” So they went and saw where Jesus was staying, and they stayed with him that day. It was about four in the afternoon. Andrew, the brother of Simon Peter, was one of the two who heard John and followed Jesus. He first found his own brother Simon and told him, “We have found the Messiah” — which is translated Christ —.
Then he brought him to Jesus. Jesus looked at him and said, “You are Simon the son of John; you will be called Cephas” — which is translated Peter. 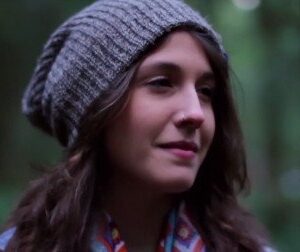 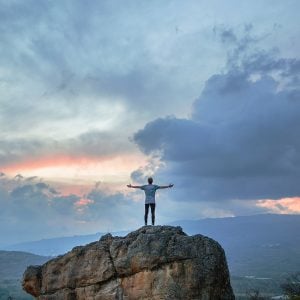 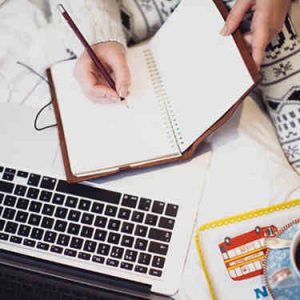 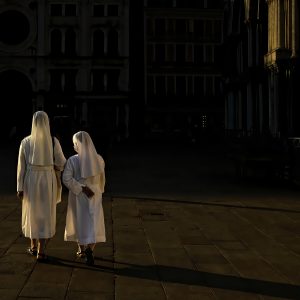 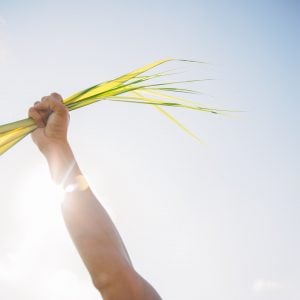 Stretched For The Sake Of Love | Palm Sunday Spiritual Exercises 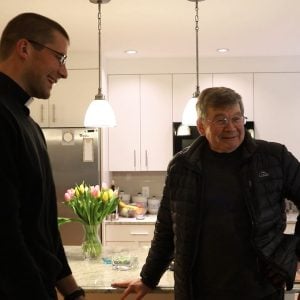 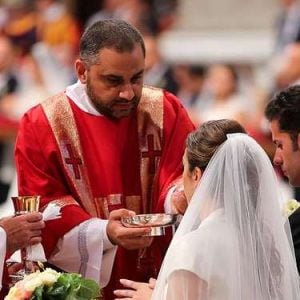